Dozens of pupils in the Black Country and Staffordshire were excluded for racist bullying last year, new figures reveal.

With racism-related exclusions at a record high across England, anti-racism campaign group Hope Not Hate said schools are clamping down on abuse.

Department for Education data shows Wolverhampton’s schools excluded students 14 times for racist abuse in the year 2018 to 2019 – down from 16 in the previous academic year.

Of the exclusions last year, 13 were temporary – also known as suspensions – and one was permanent. Meanwhile, in Dudley, students were excluded 48 times for racist abuse in 2018 to 2019 – up from 34 the previous year.

In Walsall, schools excluded students 19 times for racist abuse – down from 32 the previous year.

The exclusions in Dudley, Walsall, Sandwell and Staffordshire were all fixed-term exclusions, where a pupil is temporarily removed.

The figures include abuse by children at state-funded primary, secondary and special schools. Across the rest of England, pupils were excluded for racist bullying on 4,900 occasions last year – the highest since records began in 2006 to 2007 – and up from 4,300 in 2017 to 2018.

Owen Jones, head of education at Hope Not Hate, said: “From what we have seen, there is a much better concerted effort to clamp down and take it more seriously.

“The process of exclusion is fraught for everyone involved, but the tolerance for that behaviour is reducing.

“Students of colour are having more confidence to speak up.

"It’s not just about the ‘n’ word, it’s about comments made throughout the day which make students feel unwelcome.”

Overall, Wolverhampton schools excluded pupils 2,711 times in 2018 to 2019. In Dudley, pupils were excluded 4,453 times, equivalent to 86 exclusions every week. 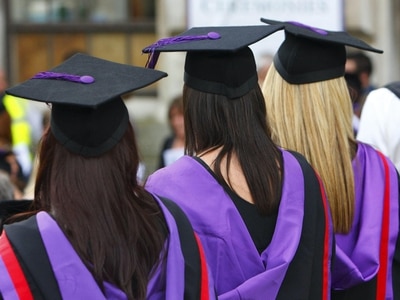