A council has been accused of ‘politicising’ the coronavirus crisis by promoting unofficial scientific advice to schools regarding reopening.

Birmingham City council has hit back at criticism, insisting the advice from the Independent Scientific Advisory Group for Emergencies (SAGE) was published for the information of schools, and alongside official government advice.

Over the past couple of weeks the council has been advising schools on reopening, with the government announcing that nursery-age children and children in Reception, Year 1 and Year 6 could begin returning as of June 1.

However many have questioned government proposals in recent weeks, with headteachers across the country voicing their concerns on the ability of young children to effectively socially distance.

Birmingham City Council has been advising schools throughout this period, passing on government guidelines and helping them carry out risk assessments.

The council has also insisted throughout it would be up to individuals school to decide when they felt it was safe enough for pupils to return.

On May 28 the Independent SAGE, which consists of 12 leading scientists headed up by former Chief Scientific Advisor Sir David Anthony King, published guidance suggesting it was unsafe for children to return to school on June 1, saying that the government was ignoring the advice of its own scientists.

But this move has been criticised by the Birmingham Conservative Group, who say that the council presented the information as official guidance.

Councillor Maureen Cornish said: “The council has a duty to be working in step with government and Public Health England to share clear, consistent and authoritative advice to schools based on the best available expertise and should not be politicising this crisis by promoting rival groups with dubious motives.

“They certainly should not be dressing up that advice as official guidance, which is the way it appeared on the noticeboard.

“The move also contradicts the advice of the council’s own director of public health who told all councillors at the start of this outbreak that they should not deviate from official government advice in any public messaging.”

In response, the council stated it was ‘inaccurate and disingenuous’ to suggest that this was the only advice shared with schools, adding that it was never described as official or government advice.

Councillor Jayne Francis, cabinet member for education, skills and culture, added: “Since lockdown restrictions were introduced we have shared all relevant government and public health guidance with Birmingham schools and have issued updates almost daily.

“A link to the Independent SAGE advice was shared with schools on May 28 for their information and was not described as official or government guidance. The council’s risk assessment was not updated to include this.

“It is therefore inaccurate and disingenuous to imply that this is the only information shared with schools.” 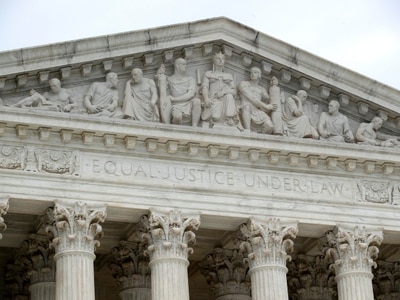