Exam standards are improving in our schools, but our region continues to perform at a level below the national average.

GCSE and A-level league tables provide a snapshot of performance and also how students are progressing through the school.

Schools are given a score based on how well pupils have performed in exams for up to eight qualifications.

This year’s national average in the ‘attainment 8’ score was 46.7 for state-funded mainstream schools.

Wolverhampton, the top performing borough in the Black Country, achieved an average attainment 8 score per pupil of 45.1.

Selective schools dominate the list of schools achieving the best exam results. Wolverhampton Girls High School topped the attainment 8 list for our region with a score of 74.3.

But the figures showing progress include many non-selective schools who are managing to dramatically improve the performance of pupils between Year 7 and year 11.

In Sandwell, the average attainment 8 score per pupil was 42.2, with the progress 8 score falling below the national average at -0.19.

Among the top performing schools in the borough were Q3 Academy Great Barr, Sandwell Academy and Bristnall Hall Academy.

Sandwell Council cabinet member, Councillor Joyce Underhill, said: “Sandwell secondary school performance has improved this year and almost all of our 18 schools have managed to improve their results.

“The progress rates of pupils has improved significantly and we are looking forward to seeing this improve further this year. We are also pleased to see better GCSE results in maths and English.

“Our secondary school and academies are moving in the right direction but we know there is more work to be done to ensure our children get the best possible qualifications to prepare them for adult life.”

"The figures published by the Department of Education validates, the hard work and commitment put in by our students, supplemented superbly by staff, parents, carers, governors and our Academy Transformation Trust, has allowed Bristnall Hall to deliver a quality of education we can all be proud of.

"This accolade further reinforces our commitment to continuously deliver outstanding educational provision and outcomes for the young people of Sandwell.

“With Progress 8 scores being positive in every area, including the core subjects of English, Mathematics and Science, students of all abilities at Bristnall Hall Academy have excelled and made transformational progress.

"This is testament to the Bristnall Hall belief that all learners will receive the highest quality of education”.

“The whole child and their wellbeing is paramount and is at the centre of all we do.

"Due to the high standards and relentless focus on the quality of teaching and learning, coupled with exceptional care for our young people, Bristnall Hall Academy is ‘in a class of our own’.

Vince Green, Executive Principal said, “I am so proud of the entire Bristnall Hall family on this amazing achievement.

"For our young people to have achieved the highest Progress 8 score in Sandwell for the second consecutive year is testament to their hard work, the dedication of the exceptional team of staff and the highly effective collaboration that takes place within our Academy Transformation Trust."

The average score for Dudley schools was 43.9 and the national figure at 46.7 for state-funded mainstream schools.

Overall, its pupils scored 57.2 across eight qualifications, which beat the national ‘attainment 8’ average.

Headteacher Paul Kilbride said it was important to balance academic life with other activities that enrich the lives of the students. He said: “As always I would like to thank our teachers and boarding staff for all of the support that they give to our students in and out of the classroom.

“It is also really encouraging that this group of students managed to balance commitment to DfE, school sports, school music and CCF alongside their academic studies.”

“We are in regular contact with our schools to discuss performance and offer support to raise outcomes further, as we want all the children in our borough to achieve their potential.

“The results for our Year 11 pupils in 2019 continued to improve on previous years. We are particularly pleased with improvements in certain schools and with English attainment across the borough.

“We are confident that all our secondary schools are working hard to continue to improve outcomes in the future.”

In Walsall, the average attainment 8 score per pupil was 44. The borough’s progress 8 score was -0.11 – listed as below average.

Queen Mary’s Grammar School topped the list in Walsall for the best GCSE grades, with a score of 76.4.

Councillor Chris Towe, portfolio holder for education and skills at Walsall Council, said: “I am pleased to see all the hard work from the young people, parents and teachers is reflected in these improving results at key stage 4.

“I would also like to give a special mention to Bloxwich Academy, it has shown a tremendous improvement in the past three years and students are making progress above the national average in their studies.”

In Staffordshire, the average attainment 8 score per pupil was 44.5. Staffordshire’s progress 8 score was -0.17 – also listed as below average.

Stafford Grammar School topped the list in the county for best GCSE grades, with a score of 68.5.

Councillor Philip White, Staffordshire County Council’s cabinet member for learning and employability, said: “Most schools in Staffordshire are delivering a good or outstanding education to our children and we are working closely with both the Regional Schools Commissioner, who has responsibility for the performance of academies, and the heads and governors of maintained schools to improve standards across the board so that every child has the opportunity they deserve.”

*Progress figures relate to progress made by students in their time at secondary school. Figures that are positive show schools that are above the national average

A useful guide, but dig a little deeper

The school league tables can, as always, be interpreted in many ways.

Much emphasis has been placed on progress scores for schools, which show how pupils have shown improvement from entering a school in Year 7 to taking their GCSEs in Year 11.

Many argue that it is a better gauge than pure attainment, which tends to be weighted towards schools in more affluent areas or those that are fee paying or selective.

The secondary school league tables are not a catch-all.

Many private schools use the international GCSE exam and are therefore not included in the statistics.

They include Wolverhampton Grammar School, where 89 per cent achieved A* to C grades.

But the figures do give a useful snapshot of just how well a school is doing academically and are handy for parents of prospective students considering their options for secondary school.

The GOV.UK website includes a whole host of figures, including more detailed attainment and progress by subject and performance in baccalaureate subjects.

As well as exam performance, the government summarises Ofsted ratings, providing parents with a fuller understanding of a school. 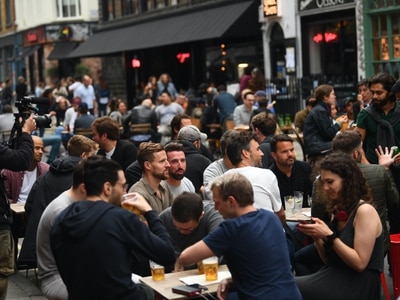