Man's admission over sex chat after being caught by paedophile hunters

A sex offender who was caught by online paedophile hunters has avoided prison.

Dean Smith, aged 46, messaged what he thought was a 13-year-old girl called Charlotte, asking her to carry out sex acts and making lewd comments.

But unbeknown to Smith, he was talking to a decoy from the Forbidden Scotland vigilante group. He claimed to the decoy that he was a 19-year-old law student, but Smith's profile photo showed his own face.

Shrewsbury Crown Court heard that when Smith first contacted "Charlotte" in October 2020, she told him she was 13 in her second message.

However, Smith continued to message her, and after some innocuous initial contact, the chat became sexual.

Smith, from Stafford, told her he "would like to be a fly on the wall" when she showers.

After two months of messaging, Smith was confronted by the paedophile hunters in Telford on December 20, 2020, before being arrested by police. A mobile phone was seized which contained partial chat history between Smith and "Charlotte".

Various other devices were seized when Smith's home was searched. On one of them, there was chat history of Smith asking for photographs of a girl aged between eight and 10, and making sexual comments.

There was also internet history containing searches including "very, very young female". There was also a search for the phrase "Dean Smith paedo".

When he was interviewed by police, Smith confessed that during his chat with the decoy, "things got a bit graphic".

Smith, of Peter James Court, Stafford, Staffordshire, pleaded guilty to attempting to cause/incite a child to engage in sexual activity.

Paul Smith, mitigating, said Smith "cuts an isolated figure" as his parents have died, his brother lives in Australia and his friends "have been lost because of this case".

In a pre-sentence report, Smith claimed he is not sexually attracted to children, however Judge Paul Glenn told Smith: "I do not accept you have no sexual interest in young girls.

"You said you were 19 and a law student to try and sound more attractive, but you did not change your profile picture. You were wearing a Wolves shirt.

"You said you were at a low ebb. You are said to be remorseful."

Judge Glenn handed Smith a two-year prison sentence, suspended for 18 months. He was also ordered to do 180 hours of unpaid work, 10 rehabilitation activity days and a sexual offenders' programme.

Smith tried to talk over the judge as the sentence was handed down. Judge Glenn told him: "Just shut up. Don't interrupt me again. If you commit any further offending, the overwhelming likelihood is that you will go to prison." 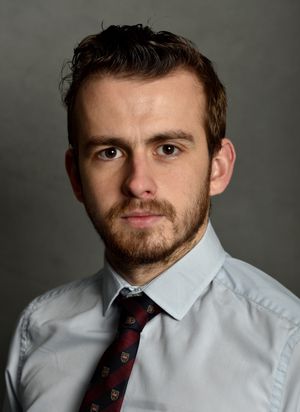 Walsall anglers fined hundreds for fishing without a licence

Walsall anglers fined hundreds for fishing without a licence

Wolverhampton | Jan 26, 2023
Sorry, we are not accepting comments on this article.

Tributes pour in for Wolverhampton nurse who dedicated herself to patients

'It's always me when it happens': GP tells murder trial of Lucy Letby's tears

Rogue builder fined and ordered to fork out £1,000 over Brierley Hill incident

Peter Rhodes on busking, sub-zero driving and something nasty in the air

Protests against burning of Koran held across Middle East