A speeding driver who left his friend lying seriously injured after flipping his car in Walsall has been jailed.

Unlicensed Connor Fellows sped through a red light and hit another vehicle in Littleton Street West during the early hours of June 2 last year.

His Mini Cooper came to rest on its roof and Fellows ran from the scene, leaving his passenger behind unconscious.

The 21-year-old man suffered a serious brain injury and has now lost the sight in one eye.

Officers identified Fellows as the driver after his iPhone was recovered from the Mini and the 20-year-old was arrested. He was found to have cocaine in his system.

The traffic lights were on red for 22 seconds before the Mini raced through them at 46mph - in a 30mph zone.

Fellows, of Nursery Road, Bloxwich, pleaded guilty to causing serious injury by dangerous driving, being behind the wheel under the influence of drugs and having no licence or insurance.

He was jailed for two years and three months at Wolverhampton Crown Court today.

Detective Sergeant Paul Hughes, from the serious collision investigation unit, said: "Fellows was speeding, under the influence of drugs and downright dangerous on the road. He then thought only about himself by running off while his friend was badly hurt.

"A search of the Mini led to his phone being recovered and officers were able to promptly identify him as the driver.

"He will now have to reflect on his reckless and illegal actions, which have left a man with life-changing injuries, from behind bars.” 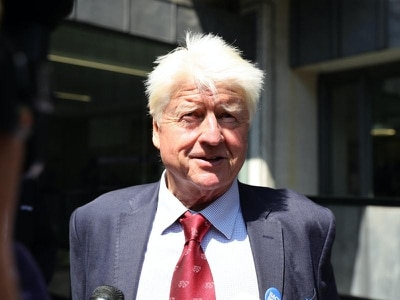