Prada and Armani among £100,000 of fake goods seized at Bescot Market

More than £100,000 worth of fake goods have been seized from Bescot Sunday Market.

The market, in the grounds outside Walsall FC's Banks's Stadium, is one of the top 10 markets in the country in terms of fake goods according to The National Markets Group.

Walsall Council specifically targeted five stalls and seized goods which would be worth more than £100,000 if genuine.

The operation came almost exactly one year after a similar raid was carried out and more fake clothes, trainers, perfume and jewellery were seized.

It is believed more illegal fake stock was stashed away at other stalls once word about the raid got around, with the council suggesting the total high street value of fake goods at the market could have been millions of pounds.

"Officers identified a number of stalls that were selling counterfeit items, with five of these being the main targets.

"As well as seizing goods on the day, this type of activity will enable us to further assess the level of counterfeiting that is taking place.

"It will disrupt the illegal trade that is happening on the site and give us valuable insight and intelligence about organised crime in the region.

"The more information we have, the more we can work to protect public safety and legitimate traders in the borough.

"A 20-foot container was filled with an array of items including unsafe cosmetics, clothing and footwear, watches, handbags and various other accessories, with brand names such as Adidas, Prada, Ted Baker, Boss and Armani being used illegally.

"If these goods were genuine then their high street value would be in excess of £100,000." 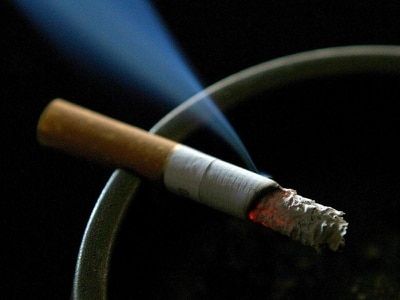