Police have seized a AK-47 in Birmingham after officers carried out a firearms warrant.

The assault rifle was found hidden in the derelict Brookhill Pub, off Alum Rock Road, on Wednesday after officers received intelligence that weapons were being stored there.

The gun is now being sent off for forensic testing and will be analysed by experts at the National Ballistics Intelligence Service (NABIS) to see if it has been used in a crime.

Detective Inspector Simon Graham from the Birmingham Organised Crime Team said: "This is a really significant recovery of a deadly weapon that has no place on the streets.

“It’s incredibly rare to find a weapon of this kind in the West Midlands, and it’s great that we’ve been able to take it out of circulation.

“People should be reassured that we are absolutely committed to tackling gun crime and organised crime, and have got a proven track record in taking guns off the streets of the region and putting those willing to handle and use firearms behind bars for a very long time.”

The Birmingham Organised Crime Team was expanded earlier this year, to tackle gang activity in the city. As well as carrying out raids and making arrests, the team works with the public sector, charities and the community.

Officers show young people the opportunities out there for them in education and employment as an alternative to guns, gangs and organised crime. 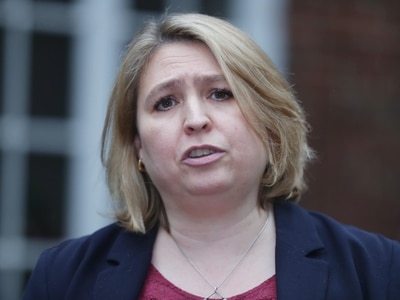