A man has been seriously injured after violent disorder at a house on a busy Great Barr road.

The house in Newton Road had been cordoned off this morning as police launched an investigation into the disorder which took place in the early hours.

A 50-year-old man was rushed to hospital with serious injuries. A West Midlands Police spokesman said his condition is described as stable.

Two people were also treated for injuries and have now been arrested on suspicion of violent disorder and remain in custody.

A West Midlands Police spokesman said: "Police were called to an address in Newton Road, Great Barr at around 12.30am this morning following disorder.

"A 50-year-old man was taken to hospital with serious injuries where his condition is described as stable.

"Two men, aged 29 and 26, were also taken to hospital but were later discharged and they were arrested on suspicion of violent disorder and remain in police custody."

Police officers still remained at the scene this morning. Part of the pavement close to the property has been taped off.

A spokesman for West Midlands Ambulance Service said: "“We were called by police at 12.47am this morning to reports of an assault at a property in Newton Road, Great Barr.

"Three men received treatment on scene by ambulance staff, one sustained serious injuries. All three were taken to hospital for further assessment.

The scene is close to the junction with Waddington Avenue

Anyone with information, or witnessed the disorder in Newton Road, is asked to call West Midlands Police on 101, quoting incident number 94 of June 20. 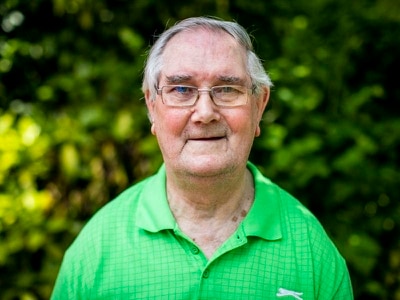