West Midlands Police is hoping to recruit an extra 500 special constables in time for the Commonwealth Games in 2022.

It is hoped a much-increased special constables cohort – West Midlands Police currently only has 150 – will help to support the force at what will be arguably its busiest ever time during the summer months of 2022.

"Most forces have more specials than West Midlands Police, it is right that we change that in future."

However the PCC was left angered at a meeting yesterday after West Midlands Police tried to revise its target for the number of cadets it is aiming to recruit.

The force had previously pledged to have 500 in place by May 2020, but has now revised this target to 250 due to a number of concerns, including safeguarding.

But Mr Jamieson, sounding like a headteacher, took the force to task for its revised target.

He told West Midlands Police's assistant director Chris Thurley: "I am commissioning you to provide 500 extra cadets by May 2020. It is not a matter of noting what I say, it is a matter of carrying out what we want.

"A neighbouring force got up to 400 cadets in one year, yet we're nearly two years in and you're saying 250. You say your target is realistic and ambitious, I do not think it is. It lacks ambition and every time we talk about it the number of cadets seems to get downsized."

Chief Constable Dave Thompson has proposed a meeting between the force and Mr Jamieson's office in an attempt to come to an agreement. 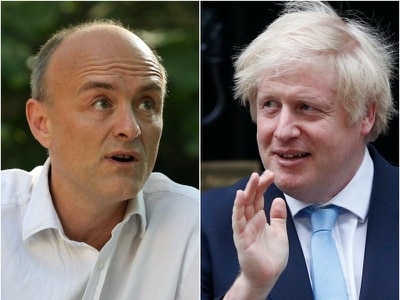