Business activity in the region collapsed, falling at a rate unsurpassed since data collection started more than two decades ago.

The headline West Midlands Business Activity Index, covering the region’s manufacturing and service sectors, fell from 36.1 in March to 10.9 in April. The latest reading indicated an unprecedented rate of decline in output. Anecdotal evidence suggested that emergency public health measures resulted in many businesses having to close temporarily, which led to a collapse in business activity.

The region was among the hardest hit in the UK, with only Northern Ireland, Scotland and the North East reporting steeper declines in business activity since March.

The slump in output was accompanied by a severe fall in new sales, linked also to measures taken to combat the Covid-19 pandemic. New work received by West Midlands firms fell at the quickest pace on record, far outpacing the marked decline seen in March. Panellists highlighted that the temporary closures of key client businesses and global trade weakness weighed on demand.

The widespread closure of businesses due to the escalation of anti-virus measures resulted in a strong rise in excess capacity. This in turn led West Midlands firms to make a considerably sharper cut to workforce numbers, with employment dropping at the quickest pace in the survey history and one that was slightly faster than the national trend.

Average input costs fell for the first time in just over four years during April. Panel comments noted that the government furlough scheme and forced lay-offs contributed to reduced staff costs, while there was also mention of lower fuel prices. Falling costs allowed firms to reduce selling prices further in April amid weak demand conditions. Output charges fell at the fastest pace since late 2009 as firms sought to retain customers.

Business sentiment improved slightly in April and remained well above the UK level. Anecdotal evidence signalled that optimism stemmed from hopes that the economic situation will improve when restrictions are relaxed. Nonetheless, the level of confidence was among the lowest recorded since this series was added nearly eight years ago. Firms that expected lower activity in the year ahead generally mentioned the longer-term impact of the Covid-19 pandemic on businesses, with some anticipating a slow recovery even when the situation is brought under control.

John Maude, of the NatWest Midlands and East regional board, said: “Business activity in the West Midlands fell severely in April, as emergency public health measures resulted in many businesses having to shut down temporarily. Both manufacturing and service sectors were affected, but the former reported a steeper decline. Demand conditions also weakened substantially amid reports of order cancellations and global trade weakness.

“The slump in demand weighed heavily on the labour market in the region as firms made necessary layoffs to contain costs. Meanwhile, the Government furloughing scheme and lower fuel costs helped businesses reduce overall business expenses.” 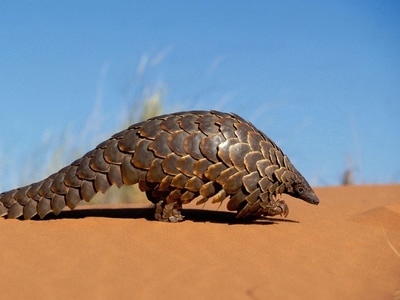