A new cocktail and champagne bar’s bid to open until 2am in Stafford town centre has sparked objections.

The Tree House is set to offer an array of drinks and tapas in Mill Street, above the La Casa Italian restaurant.

But a nearby business and residents are not toasting the prospect of the late closing hours and have lodged objections with Stafford Borough Council.

Anthony Rogers from Peter Rogers Photographic, also based in Mill Street, said: “Whilst it is good to see a new business opening in Mill Street I object to the opening hours applied for in the licence application. Opening from 12pm to 2am every day of the week and being that late is totally unacceptable and would be a public nuisance as the property is surrounded by residential occupancy, which of course was here before any late night economy.

“As the application is for the playing of live and recorded music, if it was granted what sound proofing is in place as this is a 1960s building with single glazing? Other premises on Mill Street have an operating time finishing at 11pm in recognition of the residential occupancy and the public nuisance.

“By allowing this business to operate until 2am would surely cause a precedent and the other businesses and any future businesses on Mill Street could then follow suit. This would then obviously be very detrimental for the residential properties and completely change the area which has no CCTV coverage.”

Mill Street resident Stuart Thomas said: “The last thing I want is to be woken up at 2am because some drunk has decided to start shouting at the top of their lungs, which invariably will happen. If this is granted will I then have to put up with other food-oriented businesses wanting to stay open later?

“As a resident of Mill Street I have not received any notice from the council – nothing new there – about the late night licensing.

“Who exactly is going to be heading upstairs after midnight, into a building that has a cramped staircase? Most of them will have had a drink already. It’s an accident waiting to happen.

“I’m all for a new business opening up. But I think it doesn’t need to open past midnight.”

An owner of two flats close to the bar said: “I feel that 11pm is a suitable limit to late night opening, as was recently granted to the Big Bite takeaway. There are many people living in flats adjacent and to the back of these premises.

“A champagne bar surely doesn’t need to trade til 2am or is this just to get a late licence for music and drinking? Is this to become a late night restaurant?

“There is no CCTV coverage in Mill Street and this is further extending the entertaining zone into a quiet side street.”

The authority’s licensing sub-committee is due to consider the application from Rocco Johnson for a premises licence for The Tree House on Wednesday.

A report to the sub-committee said: “The main objections to the Premises Licence are surrounding the opening times of the premises which initially asked for 2am every day of the week.

“There have been no objections from any of the responsible authorities, however, in relation to the response received from environmental health, they negotiated and agreed with Mr Johnson and the result is that the premises will now close at midnight Monday-Thursday and Sundays and open until 2am on Fridays and Saturdays.”

Amazon to create thousands of new jobs across the UK 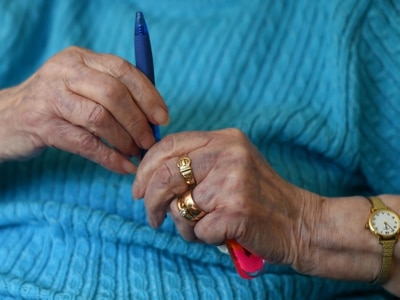