Visits to high street shops have plummeted by 84 per cent in the West Midlands since the start of the coronavirus lockdown.

The figure doesn't come as a huge surprise with many retail stores closed and people being ordered to stay indoors but illustrates the damage the Covid-19 outbreak is doing to businesses.

Debenhams has brought in the administrators, while New Look has suspended payments to suppliers amid fears some high streets names could collapse.

Pubs and restaurants are also suffering with the enforced closure as part of the lockdown, which has so far lasted more than two weeks.

Analysis of population movement by Google up to March 29, the first week after the lockdown was enforced, also showed visits to parks and 'grocery and pharmacy' businesses had both dropped by 45 per cent in the region.

People have continued to legitimately go to parks to exercise, but police have been forced to disperse groups in parts of the UK for sunbathing and holding picnics, going against the Government lockdown measures.

There has also been 78 per cent fall in visits to train and tram stations, and 57 per cent to workplaces as those who are able work from home.

There is continued discussion among experts and commentators over when the UK should emerge from the lockdown, and the importance of balancing health concerns and the impact to the economy.

Sham Sharma, chairman of the Wolverhampton Business Forum, said there will come a time when the nations needs to "go back to work".

He said: "There is going to be tremendous damage to the economy simply because we are not generating anything, we are spending. A lot of jobs are going to be lost.

"A lot of jobs in hospitality are going to suffer. Are people going to come out, because of a fear of catching something from somebody?

"How long can the Treasury keep funding the population? A decision will have to be made, from a very scientific approach.

"Businesses will have to get back to work to get the economy going again."

Barhale tunnels under the Thames for new gas pipe

£500m vote of confidence in future of M6 Toll 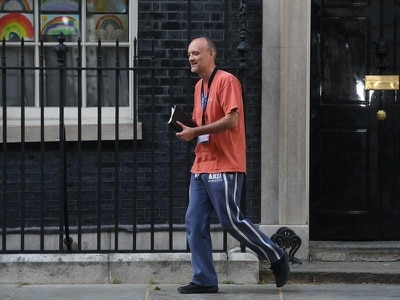