Security doors company Latham's has officially unveiled its new office building and 25,000 sq ft of extended warehousing at its base in Oldbury following a £500,000 investment programme. 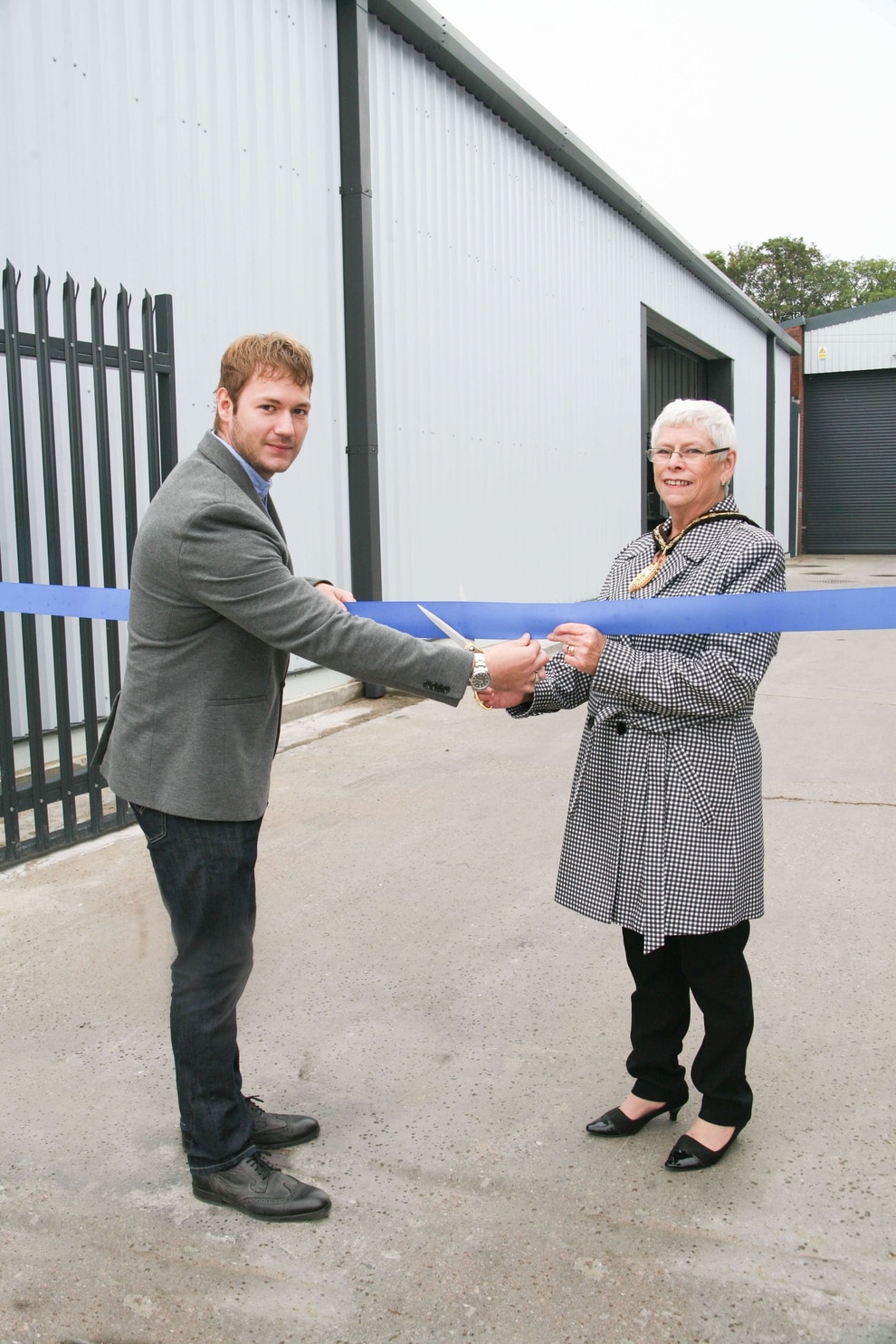 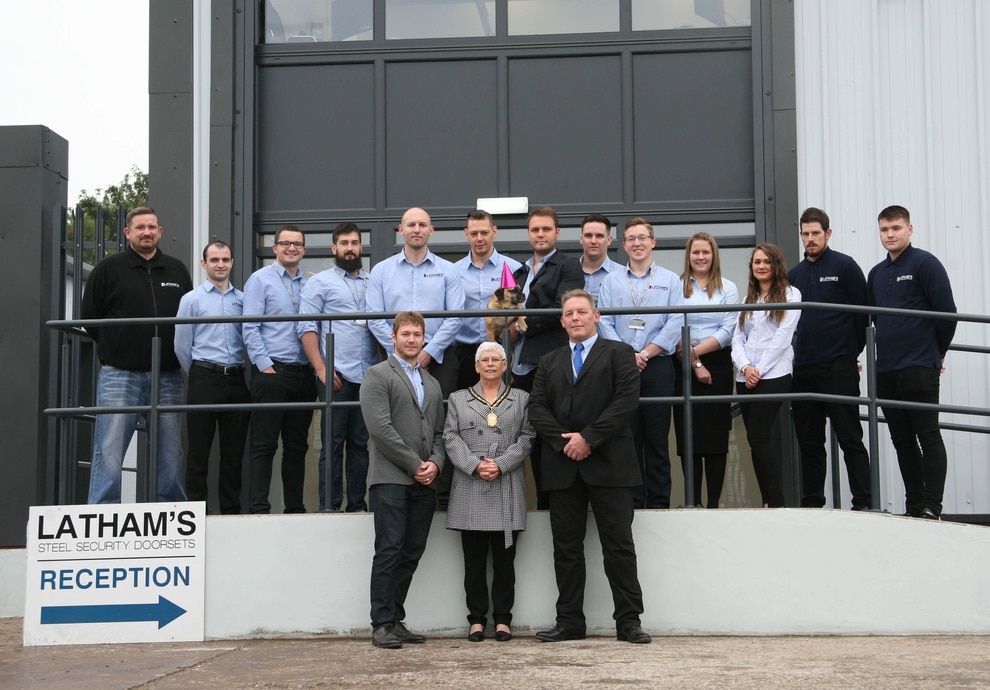 Deputy Mayor of Sandwell, Carol Goult with the team at Latham’s Security Doorsets 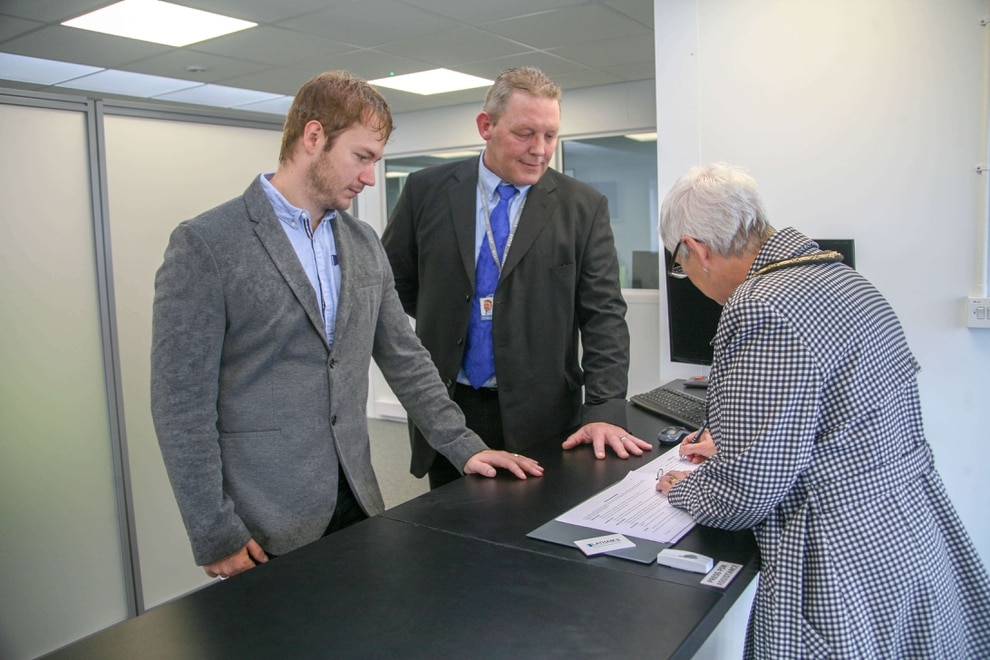 The Deputy Mayor of Sandwell, Councillor Carol Goult, joined the team at Latham's Security Doorsets for the official ribbon-cutting ceremony which comes after six months of extensive building work and staff recruitment.

Lathams has built a strong reputation for the range of the security doors it holds for residential, commercial and industrial uses.

Speaking at the opening ceremony, managing director Alex Latham said: "We’re absolutely thrilled to see the official opening of the new and extended facilities. This is the culmination of 10 years hard work, and following 6 months of building works and renovations, it’s great to see everyone’s hard work and determination come to fruition.”

Also present at the opening ceremony were representatives from Ridge Steel Fabrications and Albion Bid. Ridge Steel were chosen as the construction company to carry out the building works.

Alex Latham said: “We would like to offer special thanks to Ridge Steel for their first-class service throughout the building process. They were a pleasure to work with and we would be happy to recommend them for their high-quality construction and finishing’s on our buildings”.

Albion Bid, which provides additional funding for specific development and improvement initiatives in the Oldbury and West Bromwich area, also provided support throughout the project.

Established in 2008, Latham’s has continued to be at the forefront of innovation offering a wide range of steel doors and the largest selection of doors in stock available for immediate collection or dispatch. Latham’s now supplies more than 10,000 doors per year and is forecasting annual growth in turnover of 25 per cent.

The company says that one particular focus for the future is breaking down the stigma that steel security doors are unsuitable for residential use.

Latham's also works with Cannock based manufacturer Exidor to supply panic furniture including panic bars and outside access devices. Latham’s have also recently formed a new partnership with the UK’s fastest growing euro cylinder company, UAP, to supply their locks with all doors as standard moving forward.

Alongside the new offices and warehouse, Latham’s Security Doorsets has also opened a dedicated hardware shop on the ground floor for its sister company Latham’s Hardware, after securing a supply contract with Cradley Heath-based A Perry & Co.

£40,000 donated to charities to tackle rise in domestic violence