Huge task on all fronts to prepare for war against virus

Six weeks ago were stared in awe at images of new hospitals that had been built in Wuhan, then the epicentre of the coronavirus outbreak.

One of them featured 1,000 beds and was constructed from scratch in just two weeks, a feat that seemed all the more remarkable when you consider the Midland Met remains half-built four years after work began.

The Chinese created a dozen new hospitals in total – some of which were located in sports halls – creating more than 10,000 bed spaces.

With the worst of the pandemic behind them, all of those sites have either returned to their original use or been dismantled.

Now as Britain begins to function on a war footing, we are starting to create makeshift hospitals of our own.

This week the Government announced the country’s first site, with coronavirus patients set to be treated in a field hospital in the ExCeL Centre in East London.

The exhibition space, which has been previously used for events including Comic Con, will eventually hold up to 4,000 patients across two wards.

The Nightingale Hospital, as it has been dubbed, will be staffed by NHS medics with the help of the military, and will initially provide around 500 beds equipped with ventilators and oxygen.

It will be the first of several similar sites, and comes as more than 500,000 people signed up to volunteer with the NHS after a recruitment drive to help the vulnerable as the crisis deepens.

Defence Secretary Ben Wallace said the military was attempting to identify other possible locations to treat patients who cannot be accommodated in normal NHS facilities.

With the West Midlands being second only to London in terms of Covid-19 cases in the UK, it stands to reason that a temporary hospital will open here sooner rather than later.

The NEC in Birmingham has said it “stands ready” and is “well-equipped” should it be considered as a suitable location by ministers.

NEC Group chief executive Paul Thandi said: “As a cornerstone of the local community, we are committed to playing our part in ensuring the health and wellbeing of everyone in our area.

“As such, we stand ready and willing to help our emergency services – especially at a time like this. The NEC is well equipped to be used as a support base if such need arises so please be assured, that if we are requested to do so, we can action this with immediate effect.

“We are and have been in constant communication with the local NHS Trust, police and fire service, and the services are fully aware of the capabilities of the venue. We will do our utmost to support the effort in combating the virus.”

Meanwhile a Midlands construction firm is advertising for workers to build emergency hospital units to help combat the virus.

More than 1,300 people answered a job advert for carpenters, labourers, joiners and shop fitters to work at Darwin Group in the town of Shawbury in Shropshire. The firm is providing new ward buildings to three NHS trusts in England, in the Midlands, North West, and Home Counties regions.

Wards for more than 150 new beds will be manufactured using what the firm describes as its “advanced modular design system”.

Bosses say the manufacturing centre will be working virtually 24 hours a day, seven days a week to get the buildings delivered in the shortest possible time.

The firm has completed more than 20 projects for the NHS in recent years, and hopes build up a register of workers who can be called on to meet demand.

It is initially seeking 10 skilled people to work on site in Shawbury to build “modular units for hospitals”. The units will then be delivered and assembled on site.

These will be then be distributed to various sites throughout the UK and installed on site. A spokesman said: “You must be able to adapt to working in a fast pace environment as these units are to be completed within a very quick turnaround time.”

The building modules will be transported to the three sites, where the Darwin installation and site completion teams will commission the wards for use, with the whole process expected to take around nine to 10 weeks.

The use of sports facilities – all of which are closed for the foreseeable future – has also been suggested as a possible way to ease the burden on NHS facilities.

Premier League side Watford became the first football club in the country to offer the use of their stadium as a makeshift hospital site. The Vicarage Road ground sits next to Watford General Hospital and chairman Scott Duxbury said the club would do “whatever it takes” to support the NHS.

The club said there was easy access straight into the hospital site from the stadium’s Graham Taylor Stand, and it was “ready to act accordingly” when senior NHS staff had co-ordinated the trust’s needs.

It is believed these could include NHS staff courses, urgent meeting spaces, warehousing needs and childcare facilities.

The ground had been due to host events such as induction courses and meetings, but is now closed.

“We also need more space so that we can stick to important guidance about social distancing for our staff induction sessions and for key meetings when we need our senior leadership teams around the table,” she said.

“The club’s support is helping us to run our organisation safely and we are very grateful for their support at this challenging time.”

Other clubs are expected to follow suit as the country comes together in the battle against coronavirus.

Clearly, time is of the essence as this crisis escalates.

According to a top epidemiologist advising the Government, demand on intensive care units in the UK will peak in “two-and-a-half to three weeks’ time” – providing current measures for tackling the virus work.

Professor Neil Ferguson said he was “moderately confident” the demand would then start to decline as long as the “current measures work”. 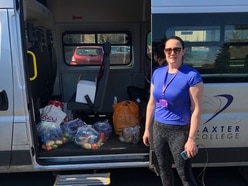 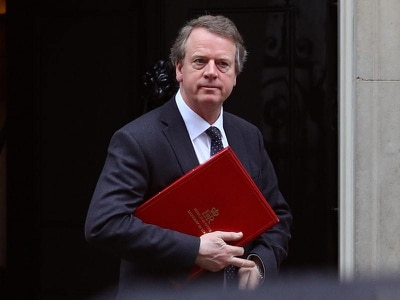 Police warn against coughing on people deliberately during coronavirus pandemic