Think of a town or city with notable black and white buildings, and Wolverhampton might not be the first place that comes to mind.

But after we published this photo in Pictures From The Past and asked readers where it was taken, as there were no details on our archive, you were not slow to pinpoint the location to that city.

And before you think this old building has been swept away in the modernisation of Wolverhampton, it's still there now, a rare survivor.

So thank you to all those who go in touch to identify it as a property best remembered as the shop Lindy Lou, on Victoria Street, but with the Copper Kettle cafe also regularly mentioned.

Mrs Sylvia Gibbons, who lives near Bridgnorth, has a family connection.

"My parents ran it. My mother Louise Hughes started Lindy Lou," she said.

"It used to be the old Copper Kettle in Wolverhampton. My father Harry Hughes was born there in 1911. His father, John William Hughes, was a master baker and had a bakery at the back, and then my father became baker. They rented the property from Horton estates in the later years.

"If you look at the front where the front window is of the black and white part, just to the left of that, next door to George Mason's, is a single window, and I think that was the room he was born in. That's where he always said.

"I think after the war it became a cake shop and a bake house and then it became a cafe called the Copper Kettle. In later years it became Lindy Lou, which was a pram and baby shop.

She says the family connection ended about 40 years ago.

"It was sold to a gentleman called Mr Harper who ran it as Lindy Lou for a few years, then the council bought it from Horton estates and Lindy Lou moved out.

"The council destroyed it by taking all the lovely old staircases and twisty doors and little nooks and crannies out. It became a modern interior for the council to use it."

She has a photograph dated from around 1876 which shows that at that time the premises was called the Old Barrel Inn.

Mrs Janet Tonks, of Trench, but who used to live in Wolverhampton, told us: "It's Victoria Street, Wolverhampton. It's Lindy Lou's which used to sell baby clothes and things like that. It think it was called the Hand Inn in 16 something or other.

"It's still there, although I don't know what it is now, as it's a long time since I've seen it."

Jim Poole of High Ercall, but who used to live in Wombourne, said: "It's a shop there called Lindy Lou's, with the shop on the ground floor and with a cafe above called The Cooper Kettle. The road to the right led up to the Queen's Arcade, which was there before the Mander Centre.

"My mum used to shop in George Mason's next door."

Mrs Leonora Beech, of Woodside in Telford, said: "My husband Harry used to work in a shoe repair shop opposite, and he took my daughter Yvonne there – she is 62 now and was about seven at the time. He gave her some pocket money and she bought the first original Paddington Bear from Lindy Lou's, and she's still got it.

"It was a pram shop and toy shop."

Mrs Beech is Bilston born and bred and her husband is from Wolverhampton.

And Melvyn Biddulph of Woodside said: "I recognised it straight away. If you know where Beatties – now the House of Fraser – is, if you go straight to the bottom of the street it is on the left hand side. George Mason's next door isn't there any more.

"My wife Doreen is from Wolverhampton and I spent a lot of time there."

The building bears the date 1300AD but mainly dates from the 17th century. It underwent major restoration in August 1979.

'A fit country for heroes': 100 years since Lloyd George made legendary speech in Wolverhampton 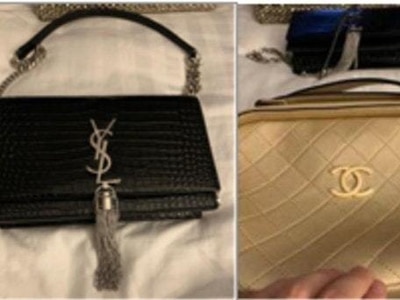