Board games fundraiser for Dementia UK

A Shropshire board games shop is planning a fundraising event for Dementia UK this coming weekend.

The Board Room, Bridgnorth, is a new venture being run by Maria Fisher, which opened on West Castle Street on October 2 this year.

The fundraising idea came about through Maria's experiences with her mother-in-law, and her own memories of playing board games with her family.

She said: "My mother-in-law had dementia, and when Covid hit she went from having four carers each day to only having one, and her mind deteriorated quite badly.

"The carers put her hearing aids in in the morning and took them out at night, but when there was only one visit a day that stopped, and I think because she couldn't hear anything her mind took over, she would make up stories, and she got worse.

"But when she went in to a care home, she began playing dominoes with other residents, and we noticed a massive change in her. It was also a social thing she could do."

Maria moved to Bridgnorth from Bristol with her husband in 2019.

"There was a Board Room in Bristol, and I always wanted to go but we could never get in, it was always packed," Maria added.

"I have always loved board games. They are a sociable, family activity, you can have a catch up with people.

"The Board Room is stocked with 220 board games, about a hundred of them are from my own collection. We have games for very young kids, dementia-friendly games, strategy games, and the popular ones like Monopoly and Scrabble. We also have teas, coffees and cake for people."

The fundraiser, held on Sunday, October 17, is part of Dementia UK's Raise Your Game month-long fundraising drive. Just £25 could mean an Admiral Nurse can provide advice and support to 20 families on how to better communicate with someone with dementia.

At other times, the Board Room is open on Thursdays and Fridays from 9am to 8pm, and at weekends from 10am to 8pm. Maria plans to extend opening hours if demand increases. 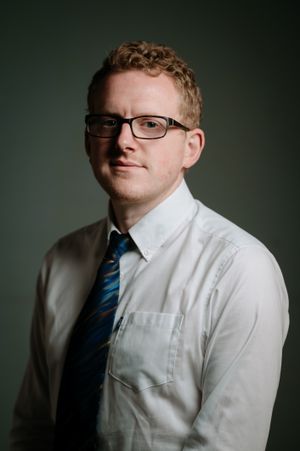 Stone | 3 hours ago
Sorry, we are not accepting comments on this article.

Thunderstorms cause floods across Ireland

US defence secretary tests positive for Covid-19 for second time