Councils across the Black Country and Staffordshire are reviewing how reforms to the planning system will impact residents.

But one MP is already giving the sweeping changes announced by Housing Secretary Robert Jenrick the thumbs down.

The new process will involve quicker development on land which has been designated “for renewal”, with a “permission in principle” approach, that the Ministry of Housing, Communities and Local Government (MHCLG) said will balance the need for proper checks with a speedier way of working.

The other two categories will see land designated for growth where new homes, hospitals and schools will be allowed automatically to empower development, while areas of outstanding natural beauty and the green belt will come under the protection category.

The reforms have caused unease within Tory ranks, with fears that local concerns will be ignored in order to build more quickly.

"A considerable part of my casework is complaints about over development in residential areas as well as developers not even adhering to planning conditions.

"I am also getting complaints about developers not finishing off estates often neglecting to complete roads, pavements and even street lighting.

"These are dogma-driven proposals from an out of touch minister and should be binned right now."

Stafford Borough Council has said the Government must ensure the views of residents are represented.

Councillor Frances Beatty, the council's cabinet member for economic development and planning, said: “We will need to see more of the detail of these proposals announced by the Secretary of State for Housing, Communities and Local Government.

"It is very important that local councils, and their communities, are involved in the decision making of where and what development should be taking place in their area.

"We appreciate the need for improvements to the planning system – but they must ensure the views of residents and elected councillors are always represented. And it is important to realise that there are numerous things, not just development control, that impact on building and development.”

Councillor Ian Kettle, cabinet member for economic regeneration for Dudley Council, said: “We have been made aware of the new proposals, which have gone out for consultation.

“We will now seek to understand what these changes could mean for people who live and work in Dudley borough.”

A Sandwell Council spokesman said: "We are reviewing the White Paper and giving consideration to the potential implications for Sandwell." 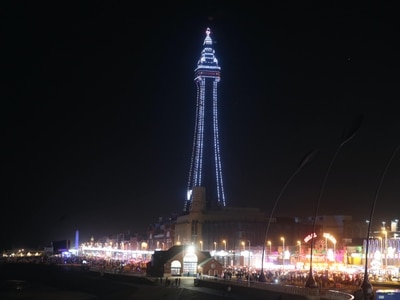 Visitors flock to Blackpool ahead of Lancashire local lockdown