Communities across the region will gather to remember those who made the ultimate sacrifice for their country this weekend.

Parades, minute's silences and memorial services will be taking place as Britain remembers those who have lost their lives in conflict.

Wolverhampton will mark Remembrance Sunday with a service at the Cenotaph in St Peter’s Square, following a full parade of military and community groups through the city centre.

Towns across the borough of Walsall will hold parades on Remembrance Sunday with Walsall Town Centre, Aldridge, Willenhall, Short Heath, Darlaston, Brownhills, Pelsall, Walsall Wood, Bloxwich, and Streetly all closing to traffic at periods during the day.

Staffordshire’s place as the year-round centre for remembrance will be highlighted by two services at The National Memorial Arboretum in Alrewas, with services of remembrance also taking place at Lichfield Cathedral and at war memorials and churches in Rugeley, Stafford and Stone.

Other towns within the borough will hold services and parades alongside Dudley, with Gornal, Halesowen and Stourbridge among the towns holding services.

Roads will close to accommodate the parades - scroll down for the full list of road closures, which follows the list of services below:

See which roads will be closed in your area on Sunday:

Wolverhampton (9am to 1pm) 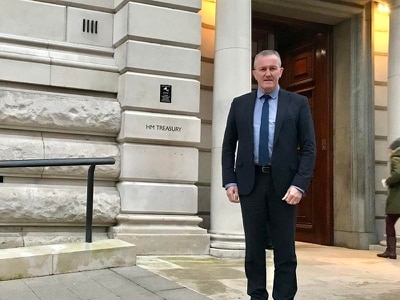