Snoop the dog safe at this RSPCA centre after ordeal

Snoop the dog, who was filmed being abandoned on the side of a road, is now recovering from his ordeal in the Midlands

Last month CCTV footage of the Staffordshire bull terrier chasing his owners car after he was abandoned went viral.

He has since been named Snoop and is now safe at an RSPCA centre in Shropshire.

The charity said hundreds of people have offered homes and messages of support - including the rapper Snoop Dogg himself.

It comes as the RSPCA is still trying to trace those responsible for dumping Snoop.

WATCH: Do you know this man?

RSPCA spokeswoman Rachel Butler said: “We are so grateful to all the millions of people who have shared Snoop’s story across the world.

“Snoop is such a loveable character and enjoys being around people and gets on well with other dogs. He just loves getting close to people, sitting between their legs and having cuddles, and is certainly enjoying lots of love and affection from our staff.

“We have been overwhelmed by the hundreds of supportive messages for Snoop and all the people who have offered to give him a home, including some well-known faces.

Spent the afternoon with the famous Snoop, the dog who has touched millions of hearts around the world this Christmas after he was cruelly dumped in Stoke-on-Trent. He is such a loving dog! How could anyone heartlessly abandon him? 💔 @RSPCA_official is still investigating. pic.twitter.com/J9r3yryHQQ

Comedian Sue Perkins and journalist Andrew Neil have also offered Snoop a space on their sofas.

But the RSPCA said he isn't quite ready for rehoming just yet.

How to rehome Snoop and dozens of pets like him

Rachel said: “Snoop isn't available for rehoming just yet but he is due to move to one of our rehoming centres this week, where our staff can properly assess him to make sure they know exactly what they will need to look for to find Snoop’s forever home.

"They will then start taking applications for him, so anyone interested in adopting him can keep an eye on the RSPCA’s Find a Pet database, where they will also find lots of other dogs - including 70 Staffies like Snoop - looking for new homes."

Five steps to your rescue pet:

The RSPCA investigation into who dumped Snoop in Stoke is still ongoing and anyone with information should call 0300 123 8018. 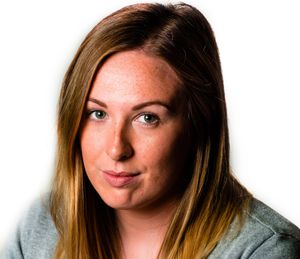 Aldridge | 6 hours ago
Sorry, we are not accepting comments on this article.