A motorcyclist killed in a crash on the M54 this week has been named by police.

Gordon Nutt, aged 68 and from Wolverhampton, died after the black bike he was riding was involved in a collision with a white BMW on Wednesday evening.

The crash happened in the motorway's eastbound carriageway between Junction 3 for Cosford and Junction 2 for Wolverhampton at around 11pm.

Mr Nutt's family are being supported by specially-trained officers and have asked for privacy while they come to terms with their loss, a Staffordshire Police spokesman said.

Collision investigators are now keen to hear from anyone who was on the M54 near Wolverhampton at the time of the crash,

"If you have any information that could assist our investigation, please call 101 quoting incident number 990 of 11 July.

"Our thoughts are with Gordon’s family at this difficult time."

Mr Nutt was in cardiac arrest when paramedics arrived.

"The team worked quickly to administer advanced life support on scene but sadly nothing could be done to save the man and he was confirmed dead a short time later," West Midlands Ambulance Service spokeswoman Claire Brown said.

“The car driver was assessed but didn’t require hospital treatment.”

The road was closed for several hours while police and Highways England officers cleared the debris and examined the scene. 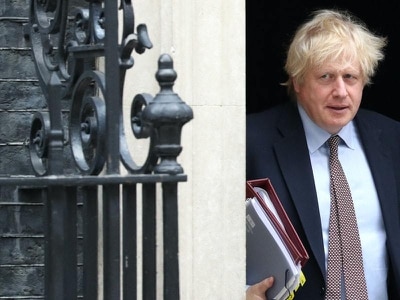