Wolverhampton volunteers praised for keeping the peace within the city

VOLUNTEERS fighting to unite the city's melting pot of cultures have been gifted with a royal seal of approval. 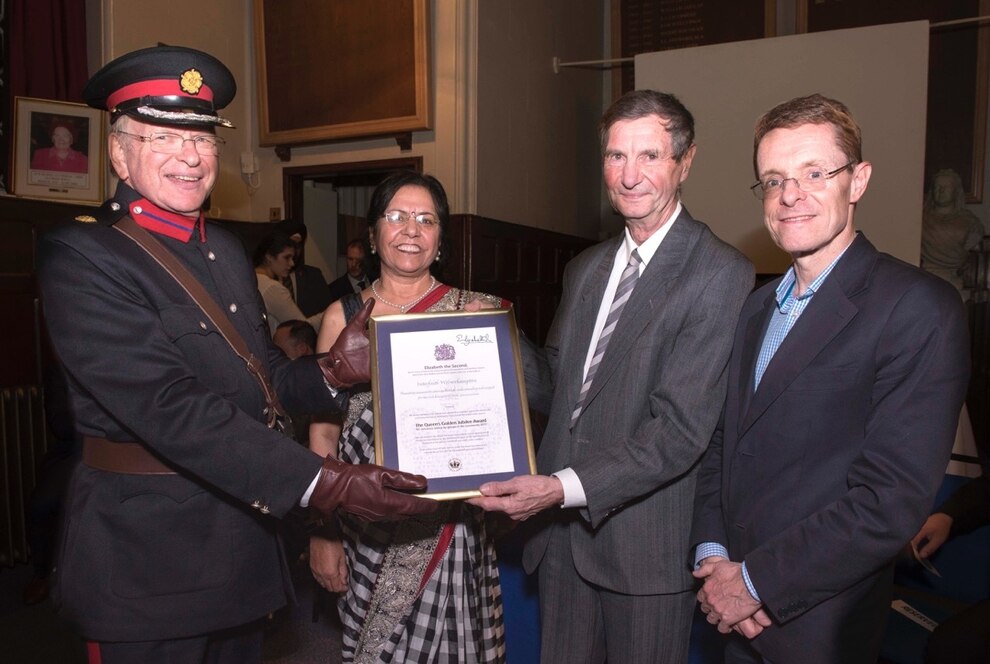 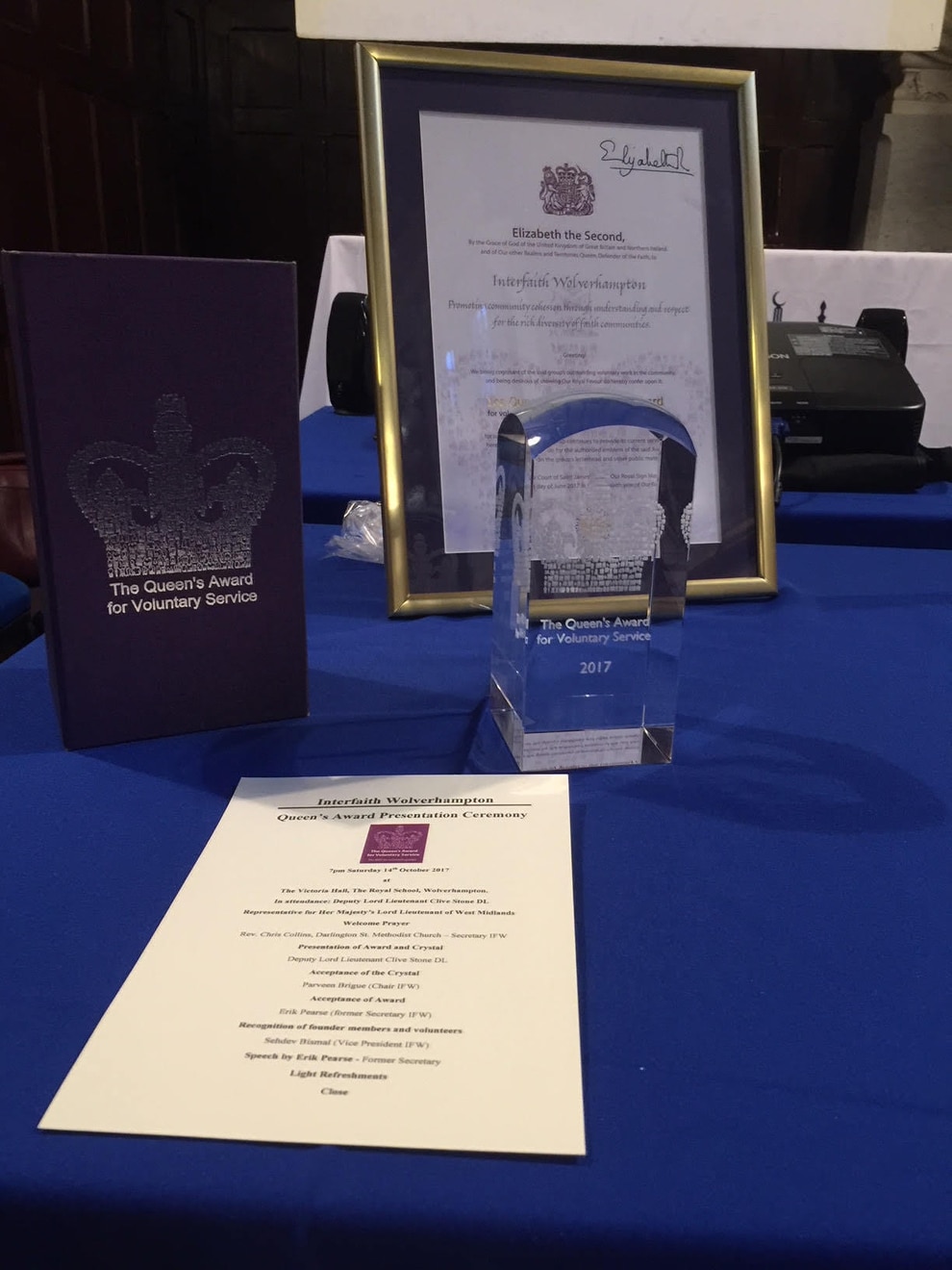 The team at Interfaith Wolverhampton were left in high spirits after being handed the Queen's Award for Voluntary Service.

At least 100 well-wishers packed into The Royal School to celebrate the charity's 'outstanding' work within the city on Saturday.

Parveen Brigue, who was the first Asian chairwoman of the group when she took up post last year, said: "The award is for all the work that we are doing within our community, for the community. It's a proud moment for all of us.

"It's absolutely brilliant. When we heard the news, the excitement was in the air, and everyone was feeling so joyful."

Interfaith Wolverhampton was presented with their glistening crystal award and certificate marking their achievement during the special prize-giving ceremony.

The accolade is the highest award dished out to voluntary groups across the nation to recognise the work done to support communities.

Volunteers for the School Street-based group have been educating residents of the 'rich diversity of religious beliefs and practices' to promote community cohesion over the past 40 years.

Interfaith Wolverhampton was just one of seven groups within the city which received the royal award this year.

It's volunteers regularly make trips to places of worship with schoolchildren, provide training on faith customs and traditions, help deal with any interfaith issues within the city and host annual events.