Mystery as RACOON DOG turns up in school playground

This raccoon dog was at the centre of a mystery today after it turned up in a West Midlands school playground.

The exotic animal, which looks similar to but is different from a raccoon, surprised youngsters when it turned up as the morning bell rang.

It has now been rescued by the RSPCA, but the animal is not microchipped so it is not clear who the owner is or if the animal was dumped or escaped.

The animal charity says it is concerned by the growing trend of keeping them as pets, but are wild animals and need specialist care.

RSPCA animal collection officer Dave Williams said: “He was found shaking in a corner of the playground - he was clearly scared. Staff at the school managed to confine him so I was able to safely take him to our animal hospital in Birmingham.”

The animal, a native of Asia and a member of the canine family, surprised schoolchildren and staff at Woodhouse Primary Academy in Quinton, Birmingham, this morning.

Other raccoon dogs that have been rescued by the charity have been given new homes in zoos or wildlife parks.

Nicola White, the RSPCA’s exotics senior scientific officer, said: “The RSPCA is very concerned about the trend of keeping raccoon dogs as pets as we have in recent years dealt with a number of call-outs to stray pet raccoon dogs that have escaped, or been deliberately released to the wild.

“Raccoon dogs don’t make good pets. They are wild animals and while they sadly seem to have become more popular as pets in the UK, we would strongly discourage people from buying or keeping one as a pet.

“They need a great deal of space and their needs cannot be met in a typical domestic environment.

“It is an offence under the Wildlife and Countryside Act 1981 (as amended) to release these animals, or allow them to escape, into the wild because they are not a native species to the UK.

"Unfortunately it is currently legal to keep and sell raccoon dogs as pets in England and Wales without a license.

"However, raccoon dogs have recently been listed under Invasive Species Regulations so it should become illegal to sell them in a few years and we would welcome this move.” 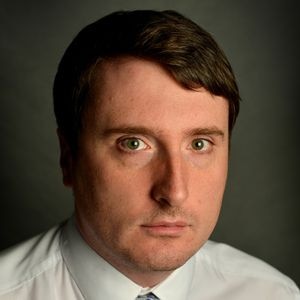 Sunak and Truss both promise more scrutiny of Scottish Government