A school will take its place in history after breaking a Guinness World Record for threading the longest chain of paper hearts. 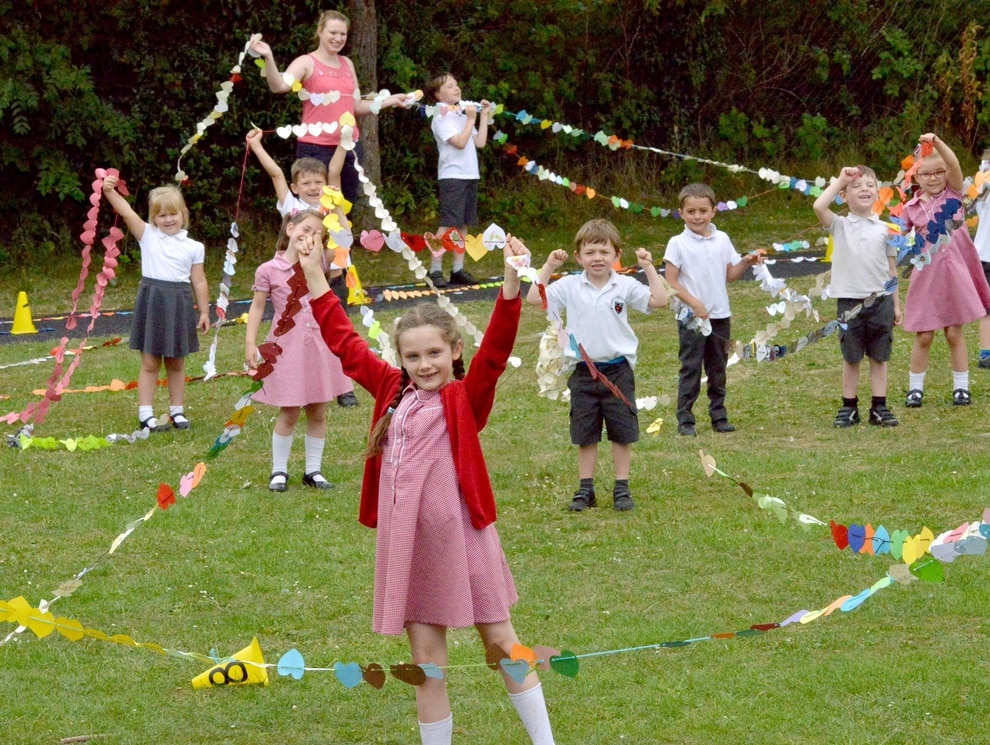 Fern Marsh aged 7 with fellow pupils as they attempt the World Record for a chain of paper hearts at St Chads C Of E First School, Westbeech Rd, Pattingham, Wolverhampton 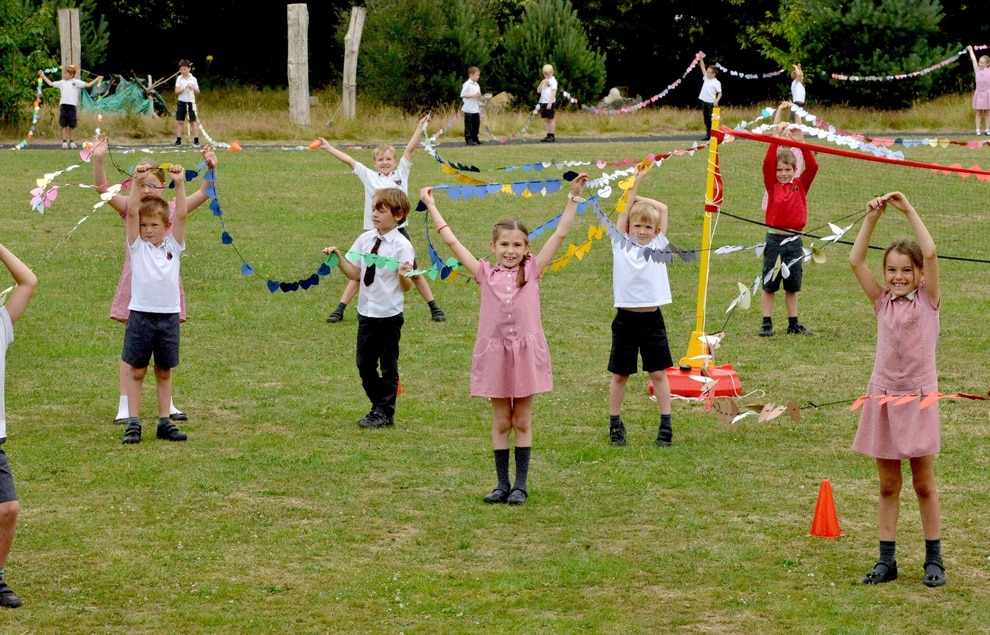 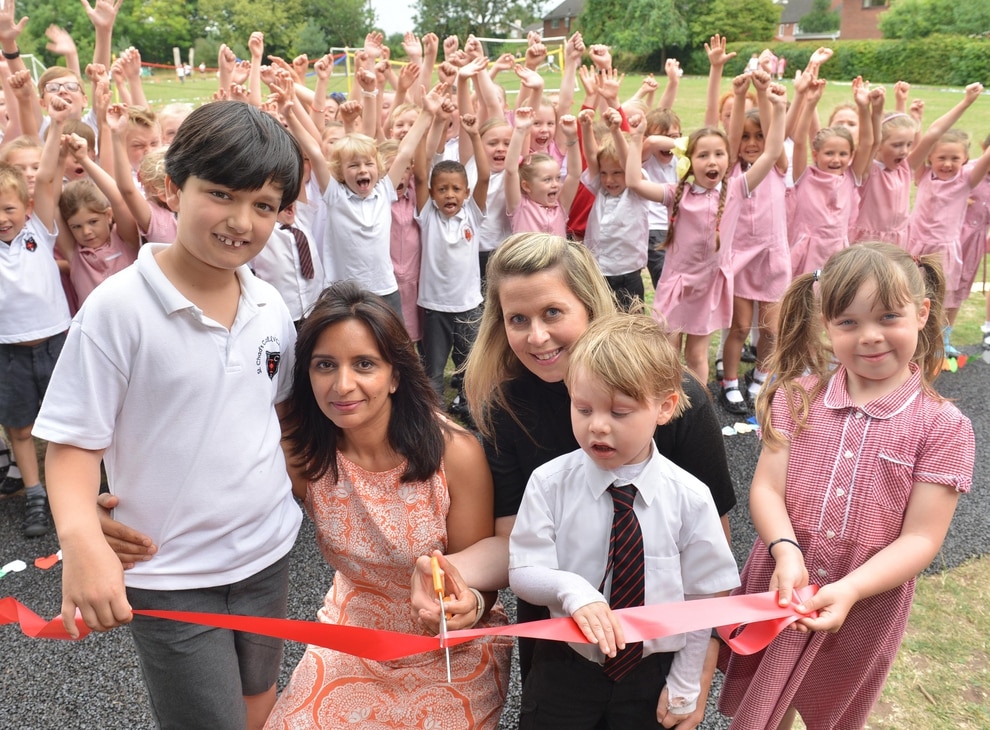 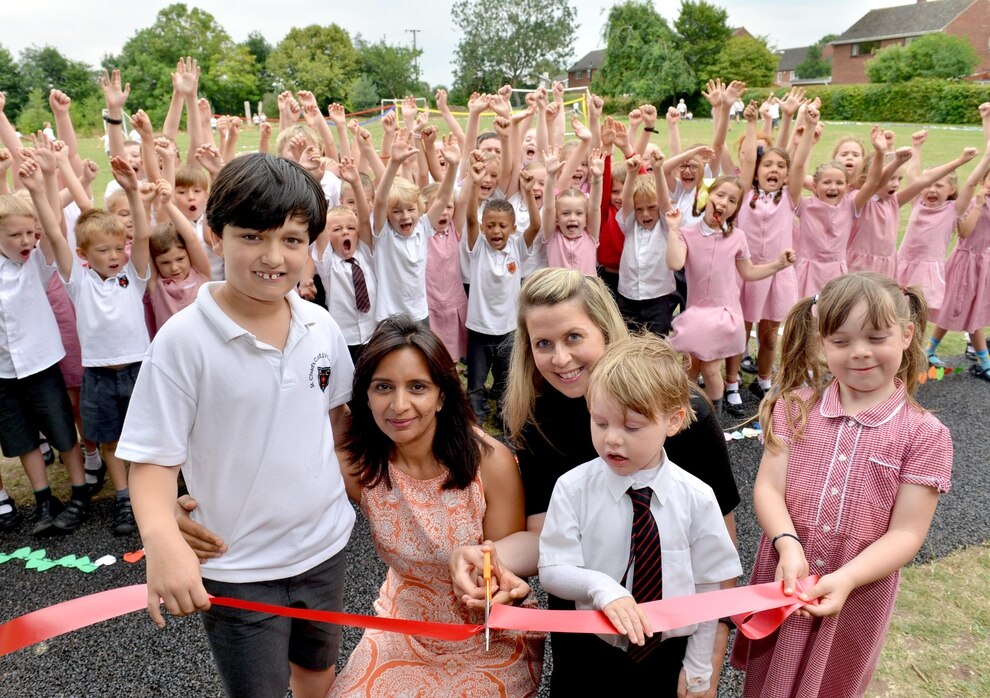 Pupils from St Chad’s Church of England School in Pattingham, near Wolverhampton, worked together to thread nearly 10,000 paper hearts across the school field.

Students and pupils from the primary school decided they wanted to feature in the history books and have a go at breaking the record set by youngsters at a Singapore social welfare organisation.

The previous record stood at 8,525 and students at St Chad's managed 9,648 although official confirmation of the record will take several weeks after being verified by a witness from Staffordshire County Council.

Head teacher, Sarah Yeomans, said: "The pupils have had a lovely time and fortunately despite the forecast of rain, we had glorious sun.

"They had been working on since the start of this half term back in May. We gave each pupil homework to make 75 paper hearts and they all did it.

"They were threading them together whenever they had the chance, on wet plays mostly, and they were all draped out across classrooms.

"It took a few hours to lay them all out – they went round the field several times."

On what's been a successful year for the school, they received a good rating by OFSTED for their overall effectiveness, as well as finishing third in a regional cricket tournament.

The school has also put a special focus on fitness this year, after collectively running more than 6,000 miles – the equivalent of jogging to Kenya.

The school encourages all pupils and staff to walk, jog or run a mile and they have also unveiled a new rubber running track.

Mrs Yeomans added: "It's great that everyone has got behind this and it's important for people to be health concious.

"Two parents – Victoria Attwood and Dimple O'Gorman – have been instrumental in raising the funds for this.

"They've raised £12,000 with a summer ball and auction, which has made this possible.

"Now this can be used by the children, even helping them to learn to ride a bike and for the wider community to use on evenings and weekends. All in all it has been a fabulous year."

Waterloo Road shut after man hit by car near Molineux