She died in the early hours of the morning after a short illness.

The news led to tributes from fans, celebreties and the sporting world, where she was hailed as a pioneer.

Wolves added: "Rachael made a huge contribution to Wolves and Wolverhampton and will be sorely missed."

Baroness Heyhoe Flint, who was born in Wolverhampton was awarded the MBE in 1972 and the OBE in 2008. She was one of the first women admitted to the MCC at Lord's.

She is survived by her husband Derrick, their son Ben, her step-children Rowan, Hazel and Simon, her brother Nicholas.

Her son, Ben Heyhoe Flint said: "We're deeply saddened by the passing of Mum, and yet we're filled with immense pride as we now look back on her achievements in government, cricket, football, charity and community on which she had such a profound influence.

"She tackled all of the above at full speed, showing us how grace, a cheeky sense of humour - and tenacity - can break glass ceilings.

"We hope that we all can continue the legacy that she leaves behind."

Wolves Managing Director Laurie Dalrymple said: "Everyone at Wolves is deeply saddened to hear the news that Rachael has passed away.

"She was a wonderful lady who meant so much to so many people at the football club, in the city of Wolverhampton, and also much further afield.

"Rachael's contribution to the world of sport, the local community, and in later years politics, cannot be measured, and neither can her seemingly never-ending kindness and generosity of spirit.

"Her best friend Sir Jack helped ensure that Wolverhampton Wanderers were able to benefit from her boundless energy, enthusiasm and unquenchable desire to improve people's lives.

"Even in recent years, when her outside commitments extended with her work in the House of Lords, she was always involved with the football club, always willing to help, and I know everyone is going to sorely miss her visits to Molineux – her loss leaves a huge gap which is impossible to fill.

"We send the club's sincere condolences to Derrick, Ben, Rowan, Hazel, Simon, Nicholas, and all of Rachael's extended family and friends.

"Over the coming days we will be discussing ways to ensure that as a football club, and a city, we can fully recognise and celebrate the achievements of such a very special friend to so many."

Wolves Club Secretary Richard Skirrow said: "This is such a very sad day - we have lost a really special lady.

"You felt you knew her well from the first meeting as she was such a warm and engaging person.

"Rachael was a bundle of energy; tireless, always on the move and always, it seemed, happy.

"She crammed so much into her life, rarely arriving right at the beginning of a Wolves event due to her previous commitment and usually leaving early to get on to the next one.

"She'd drive down to an away game at Plymouth or somewhere of similar considerable distance, miss the start, and leave just before the final whistle, but she would make sure she was there to support us.

"Her many achievements will be well documented and for her charity fundraising alone she should perhaps have been more highly decorated but, at Wolves, she'll just always be "our Rachael"- warm, witty, hugely competent and irreplaceable."

The flags at Molineux are flying at half mast and Wolves players will be wearing black armbands at Saturday's game at Norwich.

The club said there would be more details of how supporters can pay their own tributes in the coming days with a book of condolence being opened at Molineux. 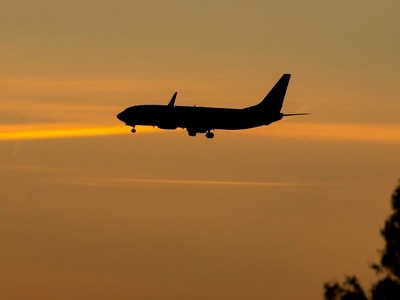