Oh deer! Red deer spotted in the middle of a busy Staffordshire roundabout

Deer were spotted wondering in the middle and across a busy roundabout in Staffordshire this week.

Steven Kendrick, from Walsall, spotted them in Burntwood on the way back from a bike ride with his family.

At least eight red deer were seen walking across the road along the A5190 near to the Fed Ex depot on Burntwood Business Park.

Mr Kendrick captured a photo of the lost deer on his iPhone whilst travelling past.

Before the estate had been converted from Greenland, he says they would have passed through regularly.

He told the Express and Star: "We were on our way back from a bike ride near Burntwood when we came across a load of red deer.

"It was such a shame to see as a big housing estate has been built on Greenland where they used to pass through and graze.

"But now I think the deer get a little bit lost.

"Cars passing by did slow down and folk were taking photos. Although it was a shame to see them lost it was a lovely sight."

The spot comes after a project to safeguard deer on Cannock Chase was delayed after thieves ripped up posts set to hold reflective signs.

Staffordshire County Council was set to run a campaign to protect the animals and had started installing the virtual deer fencing posts, which are a UK first.

The plans have now been put on hold and rangers have started to take the rest of the posts down. Authority bosses said they were 'hugely disappointed'. 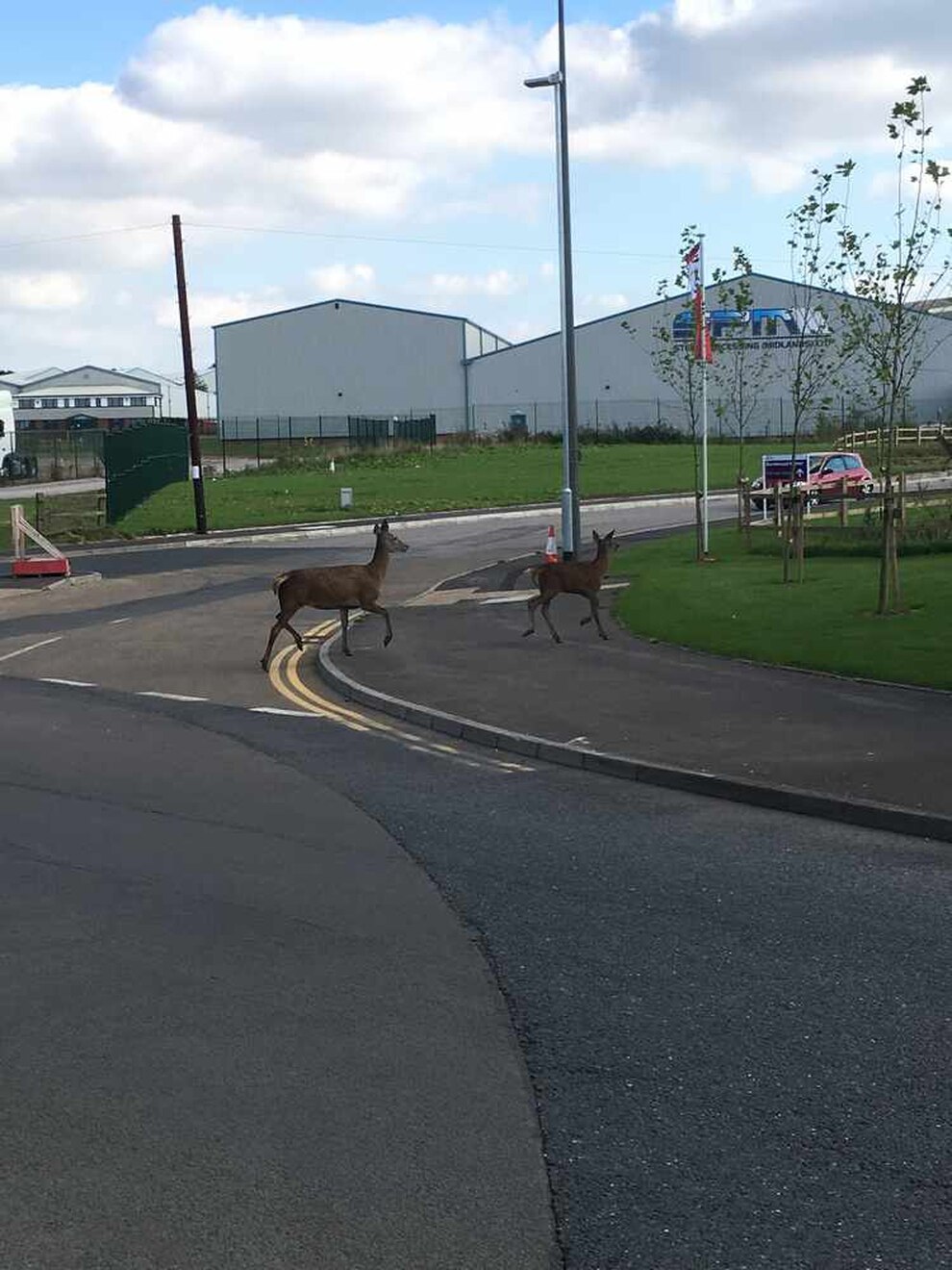 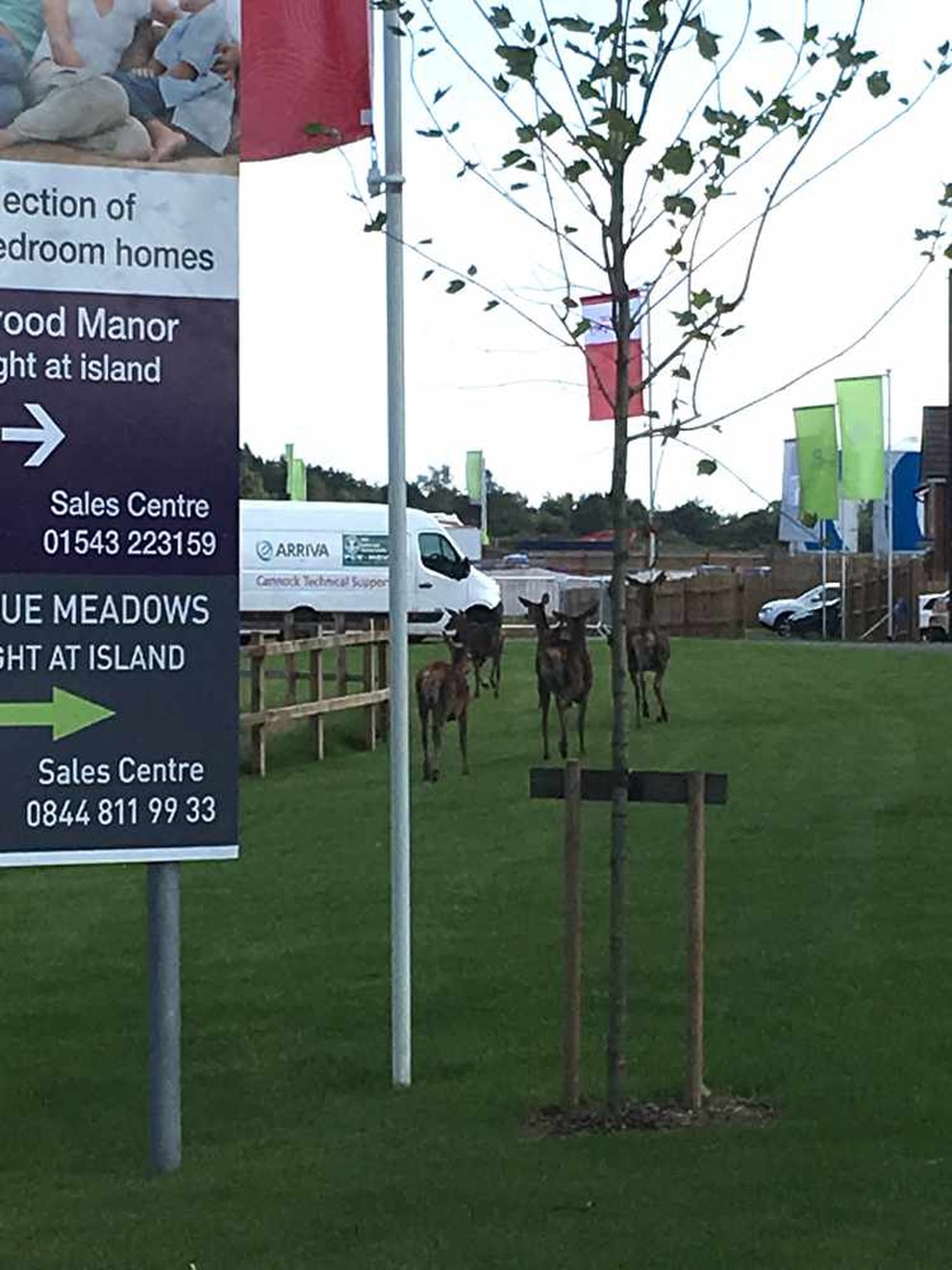 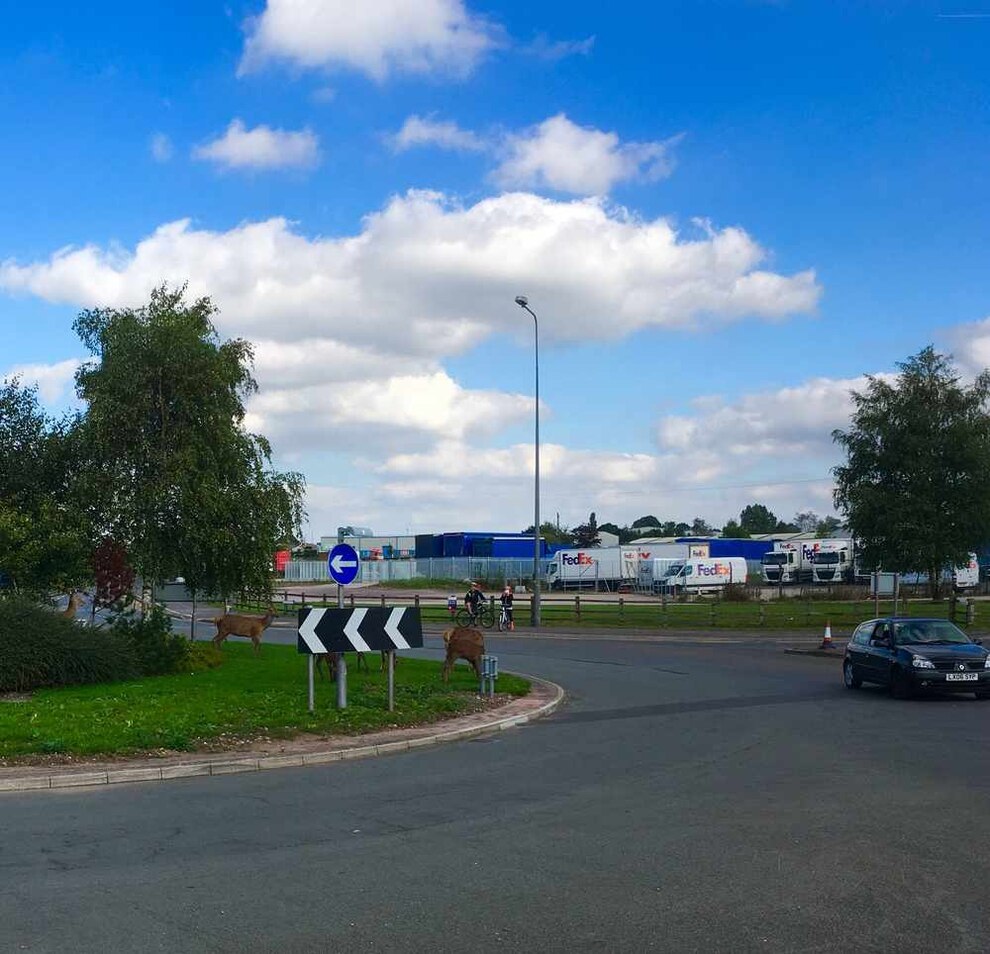 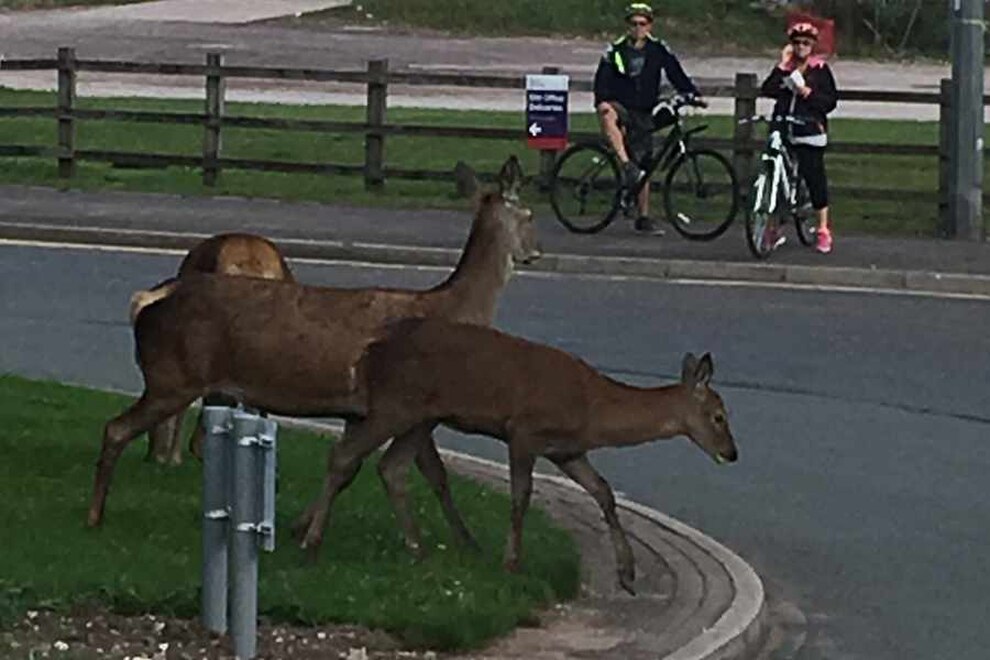 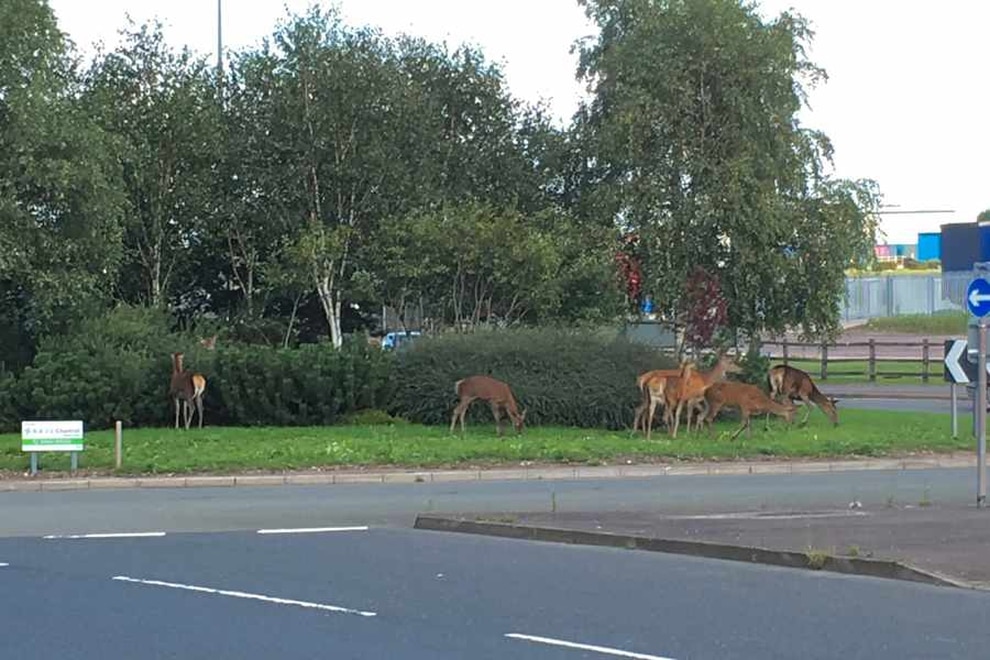