Ten homes across Stafford have been bought up by the government in preparation for the controversial rail project HS2 - at a cost of more than £4 million.

The homes are in Hopton, Marston and Great Haywood.

Mr Lefroy said he had been told most of the properties are now being rented out to tenants in order to get some money back for the government.

They were purchased by HS2 Ltd, the company set up to deliver the £50 billion rail project.

The company is running an 'exceptional hardship' scheme to buy homes from anyone who has no choice other than to sell, but cannot get a reasonable price because of being near the planned line.

In response to a Parliamentary question, transport minister Robert Goodwill told Mr Lefroy: "As at end of August 2015, HS2 Ltd has purchased 10 properties on behalf of the Secretary of State in the Stafford constituency, at an average cost of £404,470 per property."

HS2 will go through 45 miles of Staffordshire countryside, with trains travelling at 225mph. Construction is set to start in 2017 on the first phase between London and Birmingham.

Mr Lefroy said it was understood all the properties in Stafford had been vacated by their former owners.

And he said that while he was opposed to the HS2 project, which will cut through Staffordshire with its line from Birmingham to Manchester and Leeds, he believed the prices paid had been fair.

He said: "My office has been helping most of the people dealing with the exceptional hardship scheme.

"It was important to make sure they received a reasonable price.

"These are upmarket areas and looking at the averages paid they seem to be about right.

"Most of the properties are now being rented out by HS2 Ltd which means money coming back in and stops the homes standing empty, which was a concern for villagers."

The hardship scheme is open to people who prove they are not able to get the market value of their home because of its proximity to the HS2 line, and who have to sell.

Reasons for having to leave can include the need to move nearer to relatives or a divorce.

HS2 has yet to have the final approval from MPs to begin building but there is cross party consensus to go ahead.

In February this year the Express & Star revealed that HS2 Ltd had already bought 43 properties in Staffordshire worth £26.29 million, 14 in the West Midlands worth about £10 million, and 35 in North Warwickshire worth nearly £18 million.

And they had also agreed to purchase another 68 homes across the region under deals that do not have to completed until construction on the line starts. 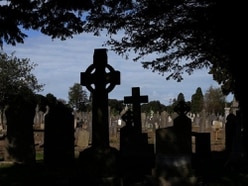