New litter enforcers have handed out 401 fines in just one week since they hit the streets of Wolverhampton - raking in fines of over £30,000.

Since last Monday, the £75 fixed penalty notices which are handed out have totalled £30,075 in penalties.

Under the new zero tolerance approach to littering, the team of six enforcement officers will crackdown on people dropping litter, chucking cigarette ends or letting their dogs foul without picking it up.

It was expected that 10 to 15 on-the-spot fines will be dished out each day, but in the first 10 days around 40 on average have been given out every day.

Kingdom Security Ltd is working on the scheme with the council. As part of the deal, the council will pay the company £45 per notice issued and keep £30 for itself.

Councillor Steve Evans, cabinet member for city environment said: " Since the start 401 fixed penalty notices have been issued to date.

"We had a real big spike in the first week but it is settling down a little bit.

"£45 goes to Kingdom Security and £30 goes to the council which we will reinvest into the cleaner, greener, safer city project."

And he insisted the scheme was not a 'money-making exercise'.

"It wasn't brought in to try and make some money, added Councillor Evans.

"It was brought in to try and prevent people from littering our city centres and town centres and high streets and I hope we get to the stage where they don't have to issue any fixed penalty notices because that means people are respecting our areas and respecting the bins that are there, that's all we want them to do.

"It's not a money making exercise, it is trying to get people just to be respectful and have the right behaviour.

"We know it is something that local residents and businesses support. Nobody likes to see litter strewn across our areas."

The uniformed officers will be wearing body cameras to record all interactions with the public.

The enforcers, who will be able to target teenagers as young as 16 for the first time ever, will focus their patrols on busy areas such as the city centre and Wednesfield, Bilston and Tettenhall.

The scheme is set to run for an initial trial period of 12 months, with the whole initiative reviewed after three months and a 28-day walk away agreement built into the contract.

Before the introduction of the new regulations, people who dropped litter, smoked in the workplace, fly-tipped or let their dogs foul in public places were given a £70 penalty that reduced to £50 if paid early. However, under the new rules, anyone caught will be hit with a fine of £75, which will apply to teenagers as young as 16 for the first time. 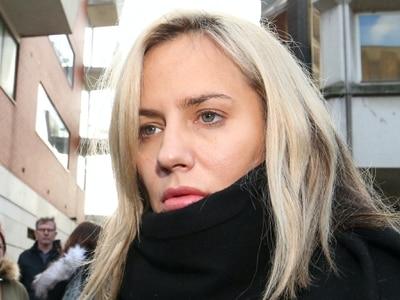