The Government could be asked to step in and cover the multi-million pound clean up of a contaminated estate.

Almost 90 homes on the site of a former gas works near Kemble Close, Oakbridge Drive and Brookthorpe Drive in Willenhall were declared as affected following a three year investigation.

The responsibility of the land has not yet been agreed and a notice of motion has now been forward to members of the council seeking the Government to fund remediation costs.

It is anticipated the bill could rise to as high as £7 million, and expected to cost at least £3m. A report to the council says the authority is in the process of serving remediation notices on parties it deems as liable.

But this is subject to appeal and could then take over 12 months to reach a decision.

The notice to seek Government action has been put forward by Liberal Democrat councillor Ian Shires, Dan Barker and Doreen Shires for consideration at Full Council.

It states: "Notwithstanding the legal process, and in the interests of the health and well-being of residents, the chief executive is authorised to write to the relevant Secretary of State to intervene in order that the government fund the remedial works required to remove the pollution."

It is due to be discussed and voted upon at the meeting in the Council Chamber on Monday.

Heavy metals, tars and a gas-manufacturing by-product known as Blue Billy were found in the soil at the former gasworks site. It shut down in the 1960s and the homes were built shortly after.

It was declared as contaminated land in 2012 and families, who set up their own committee, have been fighting to get it cleaned up since.

Residents have voiced fears over the impact on property values and were previously told not to eat vegetables grown in the gardens and to use gloves when weeding.

The process of has been further delayed following new guidance from The Department of Environment, Food and Rural Affairs, Defra, about assessments used to identify contaminated land.

The site was used to produce town gas from 1892 to 1963 when it ceased operation. The activity is now known to produce significant amounts of toxic materials.

In 1965 the site was purchased by Willenhall Urban District Council who later sold the site a developer. From what is known two development companies were then involved in site clearance and construction of the houses in the 1970s. 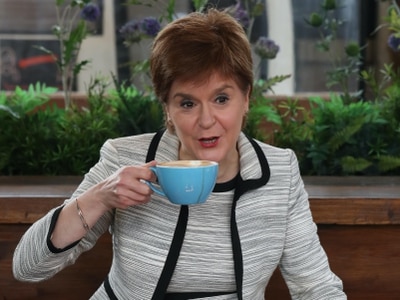