For months they have been pruning their hanging baskets to perfection and making sure their blooms were looking beautiful.

Now villages across Staffordshire are celebrating their efforts in the county's Best Kept Village awards.

Each village in those areas can enter in either the large and small categories.

Eagle-eyed judges were taken round the village in May and again in June to take stock of the front runners.

The overall winners were Acton Trussell, near Stafford, which picked up the best kept small village title for the county and the large village prize went to Haughton, also near Stafford , for the fourth year running.

Residents in Acton Trussell have got extra reason to celebrate as it is only the second time that the villagers have entered the contest that attracted 57 entries.

Acton Trussell's best kept village co-ordinator Malcolm Nicholas, aged 71, says: "We are absolutely gobsmacked. Last year we won the highly commended prize in our first year of competing. We thought we would do well again this year, and are really amazed that we won it.

"We are so pleased. We ran a scarecrow and hanging basket competitions in conjunction with the main competition to generate some more participation among the residents. It really worked and got people making friends and speaking to people for the first time.

"In the competition 13 per cent of the points is for village involvement and in our case the extra effort paid off."

For its efforts the village was presented with £200 to spend on projects.

Next month a special trophy ceremony will be held in the village when a winners' totem pole with also be installed to signify that it is the Best Kept Village.

Haughton's best kept village co-ordinator Derek Warbrick, aged 74, who is also vice chairman of the parish council, said: "It was a good team effort – there are a lot of individuals and local organisations involved, such as the WI, garden guild and village hall committee and they all pulled together."

He appraised businesses in the area for putting up sponsorship towards the village's campaign.

Chairman of the Best Kept Village Working Group John Perry said: "Fifty-seven villages entered the competition this year, which was up on last year's entry of 53, so we were pleased that whilst we lost a few 'regulars' we more than made up by villages returning to the competition after breaks of between two and nearly 50 years.

"Very high standards were achieved in Best Kept Village this year in many areas and judges had no easy task in identifying the 'Best' villages. A great deal of work was achieved by groups and individuals across the county and there was significant awareness of the competition and a great deal of community involvement in a great many areas."

In addition to the main competition poster and poetry competitions for children attracted hundreds of entries and these were displayed in many villages.

The prizes for villages competing for the Rubery Owen Holdings Limited Trophy, for the Stafford area, in the large village area, went to Haughton, Weston and Great Haywood.

In the small village category Acton Trussell was followed by Bednall and Bishops Wood. While Lapley, Pattingham, Penkridge, Stretton and Wheaton Aston were highly commended.

Abbotts Bromley near Rugeley was chosen as the best kept large village in the East Staffordshire district with Yoxall and Rocester in second place. While the best small village was Denstone & Stubwood, followed by Marchington and Bramshall.

Norton Canes near Cannock, Elford, Haunton and Upper Longdon were all highly commended.

The winner in each area receives a trophy and cheque from the trophy donor. 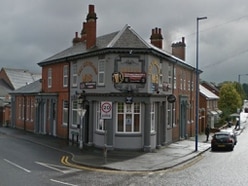 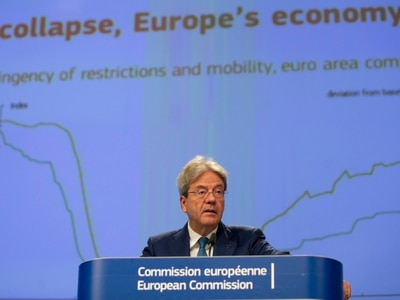