It was a traditional Boxing Day scene as hardy hunters set off on horseback from a scenic park – watched by hundreds of spectators.

Around 400 people gathered to watch the Albrighton and Woodland Hunt, which started from the 350-acre Hagley Park, near Stourbridge, yesterday.

Around 28 hunting hounds were prepared for the day alongside more than 30 riders of all ages.

But as fresh controversy surfaced again about the future of the pastime, thousands of families were simply happy to turn out to watch the spectacle of the Boxing Day hunt.

Crowds gathered in front of Hagley Hall to watch the hunt set off.

Addressing the riders and supporters, Lord Cobham, Christopher Lyttelton, whose family has owned the Hagley estate for more than 250 years, said: "You will always be welcome at Hagley. It's lovely to see you all here today.

"I wish you the best for the future."

Joint-master huntsman Andrew Crane said: "It's fantastic to see so many people supporting the hunt."

The hunt has taken place using artificial trails ever since a ban on fox hunting with hounds was introduced in 2005.

There was a chill in the air but the sun shone as they hunt set off from the park in front of the hall.

Great-grandfather and retired teacher Geoffrey Sidwell, aged 76, has been watching the hunt every Boxing Day for the past five years.

"It's a great sight to see and no one that you see very often these days. It's nice to see this tradition carry on. Although it has changed due to new laws, the sight of the riders and the hounds is still the same," he said.

Caterer Jeanine Brown, 53, of Stourbridge Road, Brierley Hill, said: "I always look forward to watching the dogs. They are very well-trained and it's great to see them set off as a pack."

The Albrighton and Woodland Hunt covers parts of Worcestershire, Staffordshire, Shropshire and the West Midlands bordering Stourbridge, Dudley and Halesowen.

In October members held their first hunt since the Albrighton Woodland Hunt and Albrighton Hunt reunited.

They had originally been one hunt, but were split in 1908. In May this year the bosses of both hunts decided to join together again.

A new survey backed by the RSPCA claims that the vast majority of people back a ban on hunting with hounds. A poll carried out for the Royal Society for the Prevention of Cruelty to

Animals and the International Fund for Animal Welfare, found that 80 per cent of the public believed fox hunting should remain illegal – up four per cent on last year. Hundreds of people turned out for the hunt yesterday, with barriers in place in some sections to keep back the big crowds. But there was clearly a groundswell of support from large numbers in towns and villages across the region for the traditional hunt, with the crowds met with sunshine and gentle winds following a week of rain and gales.

More than 2,000 spectators turned out in Newport to watch the Albrighton Hunt meet at the Royal Victoria Hotel before heading out on trail rides.

Julian Hill for the hunt said a collection was make among the spectators which will go to charities including Help the Heroes and the air ambulance as well as local good causes. One of the biggest turnouts was in Ludlow where spectators thronged the streets of the historic town to watch the Ludlow hunt make its way up to and into the grounds of the town's castle. 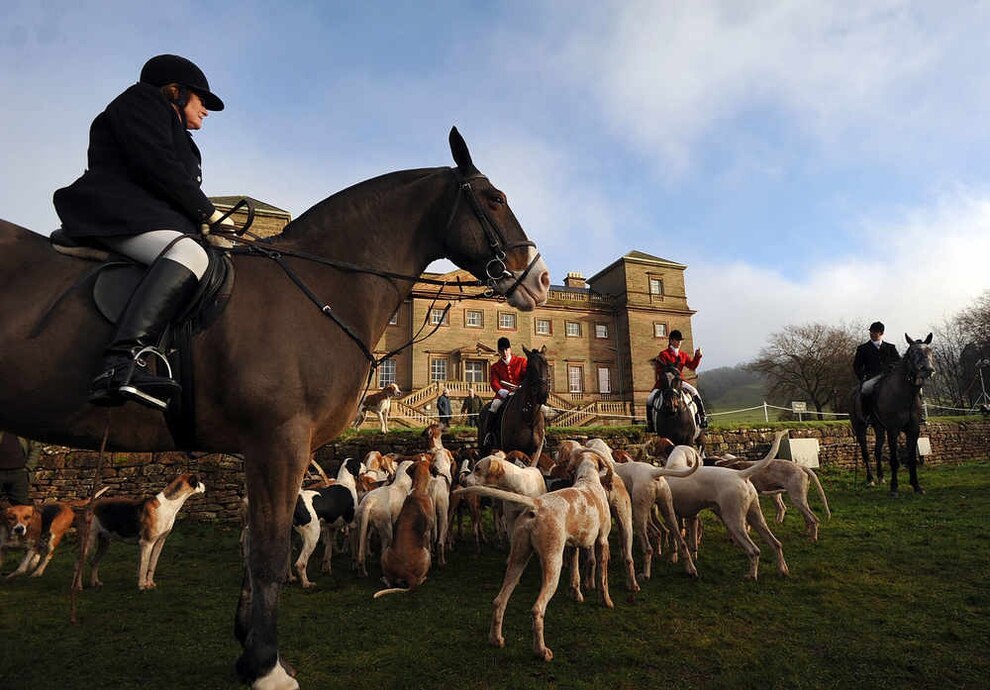 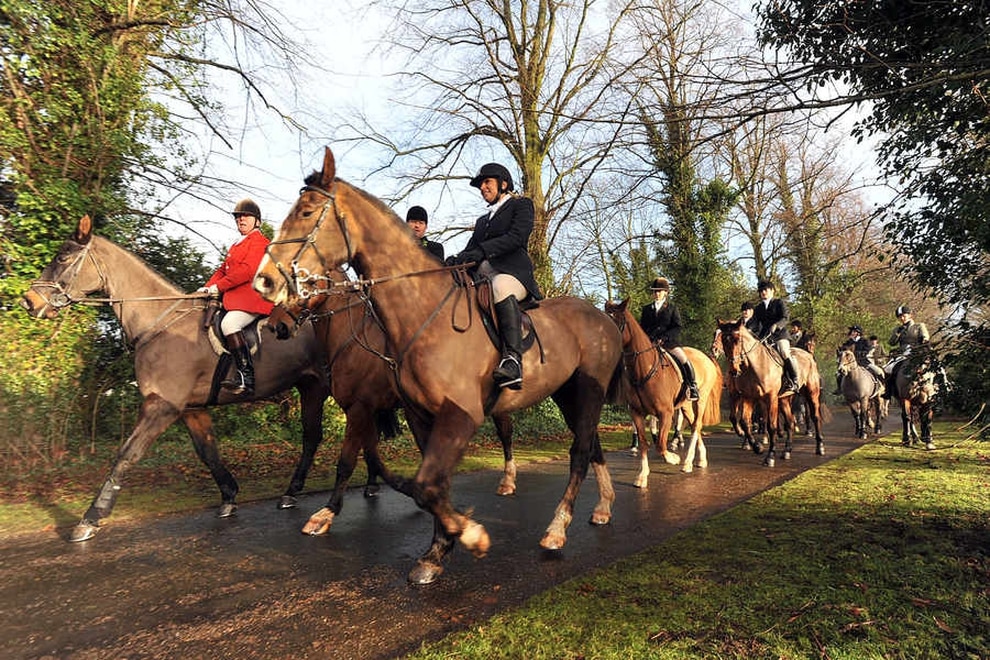 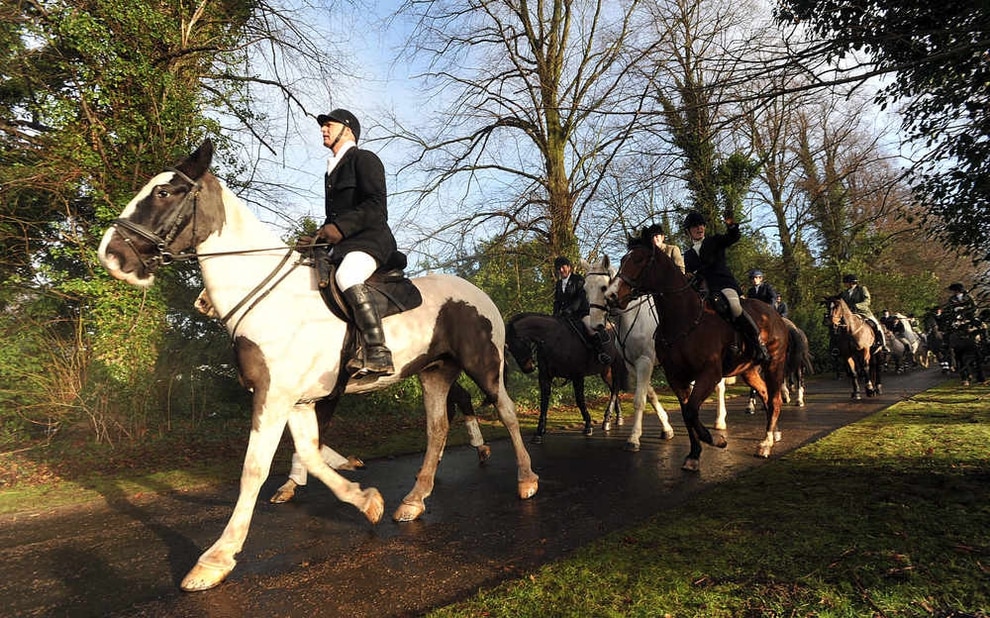 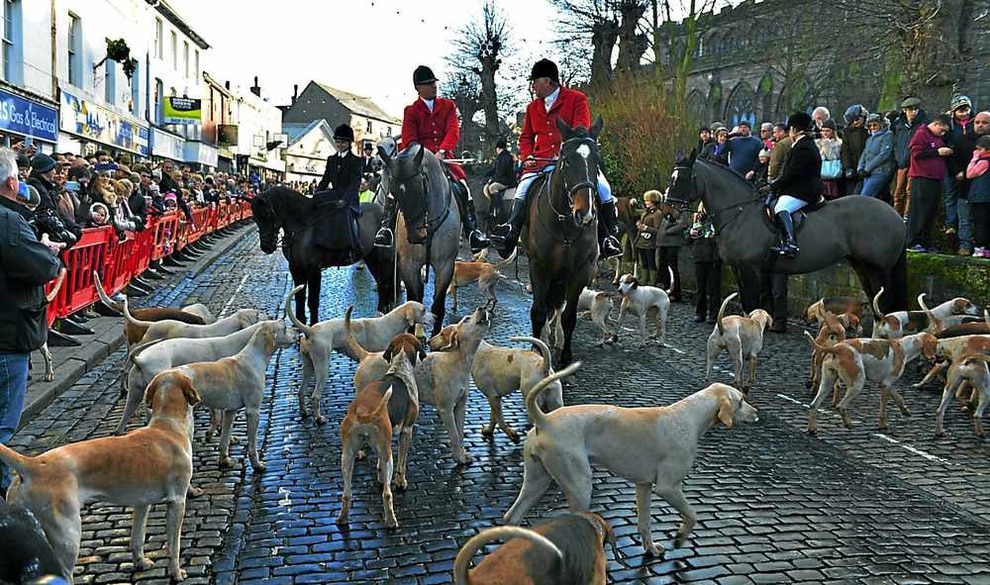