Well, that was a funny, old summer. A minor shoulder op that should have put me out of action for three weeks changed course, and saw me stuck at home for almost two months.

Stuck at home, you say; in the best summer we’ve had in 40 years you say; endless sunshine and no alarm clock, you say, and I say. . . too right!

If my surgery had been scheduled for the middle of November I would have been at home cold and maudlin cursing the fact I needed the heating on and wrapping myself in old blankets – unable to get into any garment with long sleeves.

As it was, I enjoyed long, warm, golden days, sit-downs in the garden, books and tea on tap. But these halcyon days were not all they appeared.

I didn’t realise until after the doctor had woven his magic on tendon, bone and bicep that my arm would be in a sling for 24 hours a day – which meant wearing it in bed and even in the bath. It’s hard to make the best of the sunshine when you have spent a sleepless night trying to remain motionless lying on what feels like an ironing board and bathing in two inches of water, stiff-limbed and one-handed.

I had anticipated the pain and discomfort but hadn’t realised I would only be able to step into my bra. It also came as a surprise that I couldn’t cut my toe-nails, or put my hair into a ponytail. I tried, but the lop-sided outcome looked ridiculous.

This, coupled with my elasticated shorts, heavy black sling stained with dropped food, unmade-up face, neck rash and Velcro shoes made me look nothing like the romantic convalescent of my imagination – just a lumbering fool.

And lovely though it was to be looked after – indeed my other half deserves a medal, having your food cut up for you and needing someone else to wash your hair makes you feel like such a nuisance – or just very old. When my recovery ruled out any planned trips in the camper van – in the best weather since 1976 – I’m surprised Ian fed me at all.

But wasn’t I lucky to be able to take myself off on little walks? Yes, but such was the fear of jolting my shoulder and so ruining my rehabilitation I crept round the park like I had nails in my shoe and shrieked manically when a dog jumped up at me.

Well surely when the sling came off, it was like a little holiday? No. Half-hourly physio saw me wincing and whining, with an arm so weak I couldn’t even swat a summer fly. But isn’t it great to have had the op and be fine again? Well, we’ll have to see. I still can’t touch my left ear, carry a tray or put a parting in my hair. And having something go wrong with your body makes you realise how fragile we all are and fear what could go wrong next. Now, what IS that niggle in my knee. . . 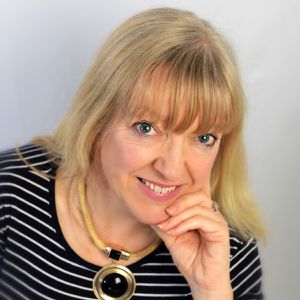 Journalist with the Express & Star and Shropshire Star

Police increasingly concerned about man missing for more than a week