Lunch down your local is always a welcome weekend treat. Good food and drinks, friendly faces and no washing up. Lisa Harrison heads to the pub. . .

It was a sunshine summer’s day. A sun dappled village green with a live band strumming outside the quaint, traditional picture perfect pub.

We popped to The Woolpack in Weston for a quiet lunch. I’d never been before and when we drove up it looked exactly as I imagined. Stepping inside it was a surprise. It looked as good on the inside as it did from the outside and it was cool too, refreshing after the heat of the day.

We explored the pub which was quiet inside as everyone was outside enjoying the sun and music.

The snug area was a little full so we decided to take a window seat at the front meaning we were close to the band and could watch the world go by so we could see the action outside.

We looked at the menu but I’d already checked it out in the car beforehand I knew what I fancied. He decided to go for one his favourites so it was an easy and quick order to make.

As it was pretty quiet ordering at the bar was easy and I sent The Husband off with the task. How could he go wrong? The table was five steps away so I could easily answer any queries regarding my request.

Of course, there were some questions but I wasn’t confident that it didn’t get lost in translation from the table to the bar – along with the sunshine, his head was in the clouds.

He returned with two large diet cokes – we were so thirsty – along with a bottle of beer for him and a mini bottle of Prosecco for me.

While we waited for the food we hummed along to the band who were playing a mix of old and new tracks.

A slightly nervous waitress in training appeared with the starter we decided to share: buttermilk chicken. She was sweet and polite and was doing a great job.

The buttermilk chicken was piping hot but coated and cooked perfectly; not too dry, not too greasy and with a barbecue sauce that gave proceedings an added bonus. The coating was peppery and crunchy and complemented the meat well.

It was a decent-sized portion too, allowing both of us to pick away before the main events arrived.

As we didn’t finish the sauce I kept it back to have with my grilled cheese sandwich and chips. Yum.

The food arrived. The Husband had gone for the lasagne, he likes to compare like with like so he can find the perfect lasagne eventually.

At first glance he said the dish looked a little disappointing; served in a long, flat dish, rather than a deeper tub, but that’s just down to personal choice.

But he needn’t have worried. It was tasty and with a great consistency of meat between moist layers of pasta.

It was nicely seasoned and avoiding the main trap of being overcome by tomato, the dish was an absolute treat – backed by a huge, portion of fresh salad and a well-cooked tub of chips.

My grilled cheese and onion sandwich with chips and salad was placed before me.

My eyebrows flew up several centimetres. I said ‘thank you’ to the young man who delivered the food. And then looked across the table pulling all sorts of faces to The Husband.

What followed was a big discussion about how he doesn’t ever listen to me as was proven on that very day.

The grilled cheese sandwich was in fact a plain cheese sandwich (which was a lacking a little in the cheese department) on white bread (not brown as I had requested). And horror, of horrors, it was gluten-free bread. I distinctly remember saying as he got up to order: “Don’t mistake it for the gluten-free sandwich, I’ll have all the gluten they’ve got!”

The pub has a pretty vast gluten-free menu so if your dietary requirements fit into that category, you’re sorted. It offers, starters, sarnies, jacket potatoes, curries, grills.

This is probably where the mix up occured as the sandwich was on this menu but I wanted it not gluten-free. Hmmmmm!

But as it was, there was no grilled crispy toast with stringy, melted cheese with tangy red onion for me. Dare to dream.

I have a new-found sympathy for those with a gluten intolerance. The bread wasn’t the best. Not the fault of The Woolpack, just I guess gluten makes bread taste good and all soft and springy and moist.

Sadly my sandwich was not. I will have to return to the pub to try what I really wanted which I am certain will be delicious.

The salad that came with it was fresh and crunchy with tomatoes and cucumber and leafy greens.

The chips were a healthy-sized portion and were thick cut with a crunch on biting into them and a light and fluffy centre. Thank goodness for those.

The lasagne was devoured as were the chips and salad. I’m certain the grilled cheese sandwich would’ve been too had The Husband actually ordered it!

We didn’t go for dessert although they have the usual selection of treats to tempt you to round off your meal should you so desire.

The bill came in at around £38 which wasn’t so bad for the four drinks and food.

The staff were friendly and welcoming and I imagine the pub is equally as wonderful on a cold winter’s day snuggled up in front of the fire.

But with the sun streaming in and the band playing The Kinks, it really didn’t get any better than that.

It’s definitely one to return to, it’s got a really friendly atmosphere and seems like a lovely local pub in a beautiful setting too. 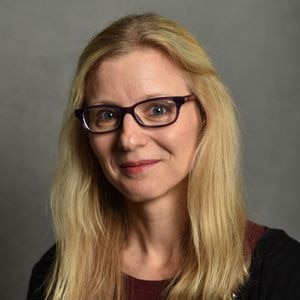 Man taken to hospital after head-on collision in Aldridge

Taxi driver robbed at gunpoint by masked men in Birmingham

In pictures: Chorus of approval as Lichfield Cathedral transformed into vaccine centre

Mark Andrews: The unfortunate return of Piers Morgan, the buzzword 'rolling out', and buying cars made in Britain

All UK adults to be offered coronavirus vaccine by September, Raab says

Starvation threat to survivors of fighting in Ethiopia’s Tigray region