Having a high old time with tastes of the Tyrol

If you thought Innsbruck was merely an airport stop off, think again.

One of the most iconic views in Innsbruck, the traditional houses over look the river Inn 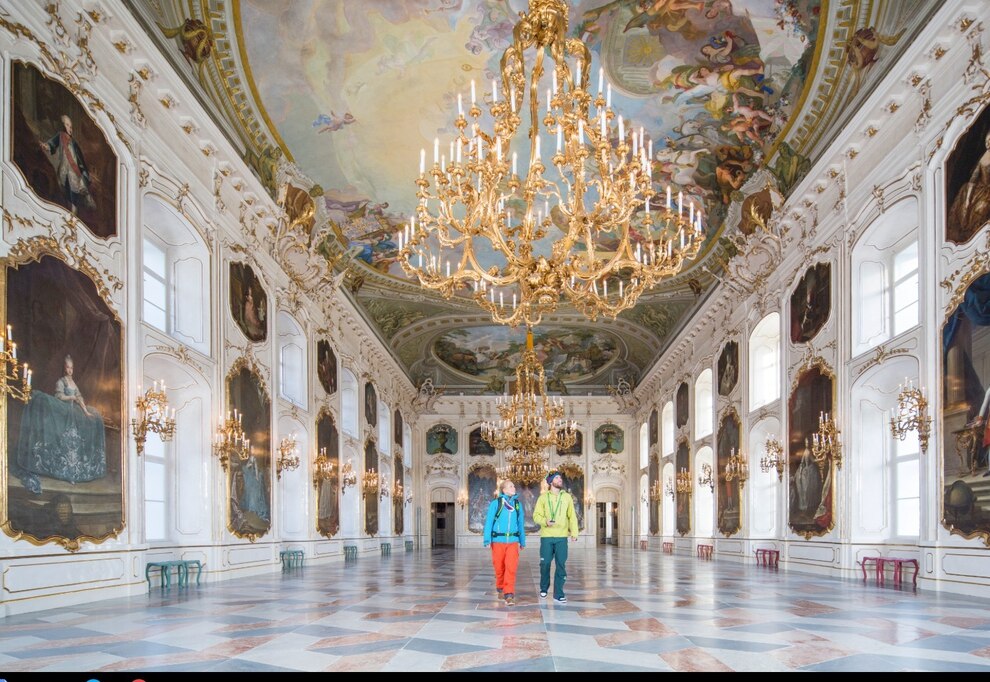 The impressive ceiling inside the Imperial Palace Sacher Torte- a must try while in Innsbruck

Innsbruck, which translates to ‘bridge over the River Inn’ is the capital of Austria’s western state of Tyrol. For over eight hundred years, the city has sat nestled amongst the towering Norkette mountain range. The jagged peaks, lush green in the summer months and snow capped in the winter, add an air of majesty to the region and can often be seen looming over the historic roof tops, wherever you may be in the city.

Here, the thrills of nature and urban flair go hand in hand. Why not spend an afternoon perusing the shops in Innsbruck’s vibrant downtown. This part of the city is full of hidden gems and enticing stores, connected by winding alleyways and hidden archways.

Stage 12 is a newly built hotel situated downtown. While there is plenty of accommodation to choose from, Stage 12 is ideal for leisure travellers. The old town, including many iconic landmarks, is only yards from the front door.

While exploring, keep an eye out for the Golden Roof, one of Innsbruck’s most iconic sights. Embellished with 2,657 fire gilded copper tiles, the building glistens in the alpine sunshine and is a must see for any first time visitor.

Kill an afternoon exploring Imperial Palace, another of Innbruck’s major attractions which was originally built by Archduke Sigmund. Beside Schönbrunn Palace and the Imperial Palace in Vienna, Innsbruck’s own Imperial Palace is one of the three major historical monuments in Austria. Known as the Hofburg to residents, the Palace is full of regal splendour, boasting 18th century furnishings, tapestries and works of art.

Throughout the year, a series of classical concerts can be enjoyed within the palace courtyard. Cafe Sacher is perfectly positioned inside the walls, make sure you book yourself a table and soak up the atmosphere, whilst enjoying a meal and a bottle of wine. If you have room following the hearty Austrian cuisine, try a slice of Sacher Torte, the chocolate and apricot desert is simply a must.

The city has a strong cafe culture and you’ll soon find a spot where you can unwind, sip your coffee and watch the world go by. Cafe Munding, which is only yards away from the Golden Roof, is one of the oldest coffee shops in the city. Upon entering, you’ll be greeted with a wide selection of scrumptious cakes and macaroons. Select one that calls out to you and enjoy it alongside a hot beverage.

Grassmayr Bell Foundry is a museum possessing a rather unique aspect. Whenever you hear a bell tolling across the region, there’s a chance it might have come from this very foundry, where bronze bells have been cast since 1599.

Those who venture inside will discover the Grassmayr family’s four hundred year old bell making tradition. This gem has been awarded the Austrian Museum Prize by the Austrian Department for Culture, and regularly enthrals visitors.

If you have a head for heights, the Olympic ski jump is only a few minutes bus ride from the town centre. Innsbruck was the first to complete an Olympic hat-trick, having hosted the Winter Games in both 1964 and 1976, the flame returning to the town in 2012 for the first ever Youth Winter Olympics. Look out for the five ring symbol, visible all over town, representing past Olympic champions and their sporting feats. During the summer months, skiers gather at the jump to sharpen their skills.

No trip to Innsbruck is complete without visiting Swarovski World. Multimedia artist André Heller created this world of wonder back in 1995 to celebrate the renowned jewellery company’s hundredth anniversary.

Upon entering the attraction, through the iconic giant-like figure head, various chambers of can be found inside. Designed by distinguished artists, designers, and architects, each room interprets the crystal in its own unique way.

The Nordkette mountains are part of Austria’s largest nature park, and can be reached directly from Innsbruck city centre in just a few minutes.

The stunning views and cool Alpine air is bound to leave a lasting impression, and can be reached by cable car from one of the Hungerburg funicular stations.

These stations enable visitors to reach the Hungerburg in just eight minutes. There are several stops along the way including the Alpine Zoo, a family favourite. After reaching the Hungerburg station, travellers can head to the cable car station where they can travel further into the mountains.

With so much to see and do when visiting a city of such culture and history, it might feel as though every landmark is drawing you in at once.

But explore at your leisure and you’ll soon discover the unique charm and variety that Innsbruck offers.