Taking in the delights of glorious Italy

I took myself off to Chiantishire (so called after the flurry of British tourists who take delight in the Tuscan countryside) with its light green vineyards, sunburnt wheat fields and long rows of trees comprising of upright cypresses, tall poplars and parasol pines, writes Adam Jacot de Boinod . Umbria is more dishevelled and rustic 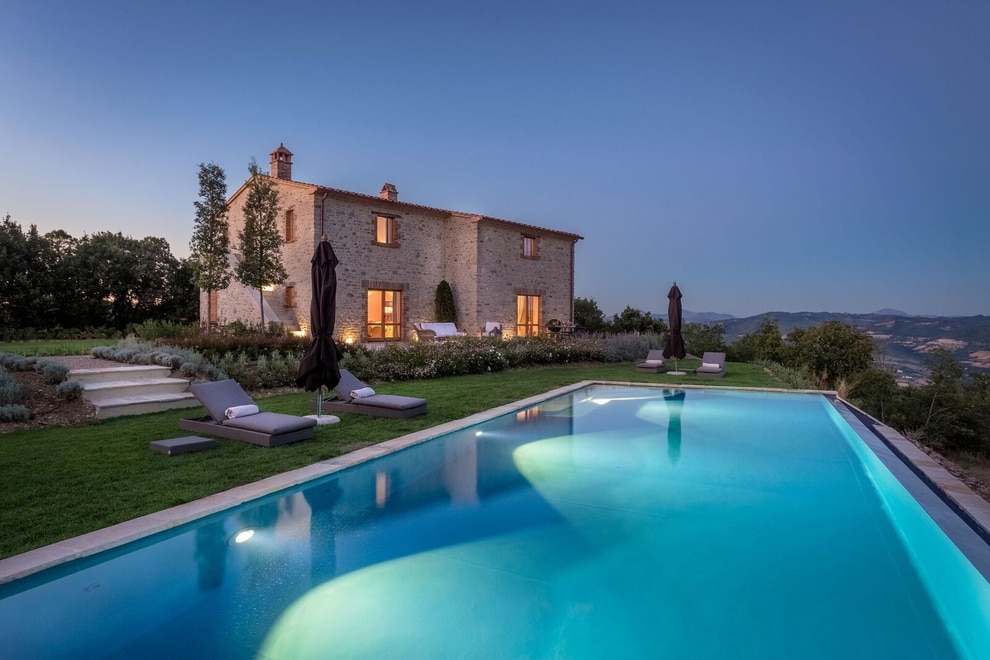 My first place to stay was at Castello di Spaltenna (www.spaltenna.it/en/home), a beautiful boutique hotel beside the Romanesque Parish Church of Santa Maria, a 1040 monastery currently awaiting restoration. From here it was easy to take myself off to Siena where I walked back up from the dipping ‘campo’, the famous piazza where the two annual ‘palio’ are staged, surrounded by dramatic steep cobbled streets and harmonious ‘Siena’ brown buildings. And nice and close by was my car as it’s best to park right by the San Domenico football stadium.

While in Siena I recommend eating at the mid-price ranged Baggoga (www.ristorantebagoga.it), named after a famous local jockey and restaurateur and managed by his son Francesco Fagnani. “Chefs are French, I am a cook,” was the boast from the kitchens. Baggoga carries the symbol of Vetrina Toscana, a government-backed scheme to promote the more authentic aspects of the region’s locally sourced food and wine of which Francesco offered up a white Anna 2013 and a red Brunello di Montalcino 2012. Crossing into Umbria the motorway hugged Lake Trasimene and the fresh air and teal-coloured water drew me off route like a magnet to stumble upon a local restaurant before boarding a ferry at Passignano. I took a return journey to Tuoro the scene of Hannibal’s famous victory over the Romans and then onto Isola Maggiore where St. Francis came to meditate in 1211.

With regard to what one Italian liked to tell me was “the nature”, in contrast with Tuscany, Umbria is more dishevelled and rustic, steeper in hills, narrower in valleys and with more forests. All punctuated with tidy hill towns of pinkish grey stone, several of which I could spot at a time, crowning the peaks. In comparison with her Tuscan neighbour Umbria’s abbeys, monasteries and castles are equally scattered, lending their medieval character over the fields and hilltops as a constant reminder of their former power and glory.

It was quite an adventure to get to my next location: Tenuta di Murlo (www.murlo.com) where the ploughed land carved out of the sloping contours allowed my imagination to run wild and they suggested a sense of infinity that I have only witnessed dwarfed by the range of Africa’s savannas.

A mile downhill I discovered Il Caldaro (www.ilcaldaro.it) a brand new restaurant in a square farmhouse with a blooming garden. The fireplace and the thunder outside instantly took me to winter and the snug potential of the interior. An absolute must is the‘gnocchi di patate con fagiolina del Trasimeno e croccantini di pane al rosmarino’.

Onto Assisi I went to ascend the citadel with its clean, harmonious and monochrome stone. I had come to see the lovely Basilica, perched on her own hillside, with her crypt possessing St. Francis’s tomb.

I ate at, and strongly recommend, the fresh local food of Il Frantoio (www.ristoranteilfrantoioassisi.it), a short walk from the main tourist trail with a spectacular view onto the fields beyond. Back across to Tuscany to stay finally at Castel Monastero Resort and Spa (www.castelmonastero.com/en/home).

It has an inner courtyard which is a great place to have breakfast and resembles both a piazza and an enclosure and my room looked straight out at and down a path of infinite possibilities with a house at the end that seemed to open one more shutter each day like an advert calendar.

With my hotel having a break on Sunday evening I came across the nearby restaurant Podere Lecci e Brocchi (www.vinolecciebrocchi.it), a family concern offering wonderful and honest local fare. They make their own olive oil and Chianti Classico wine, but its overriding appeal for me was the patchwork of fields opposite, in clear yellow, brown and green, like an Ivon Hitchens oil painting and almost a Howard Hodgkin.

Next I popped in on San Gimignano, with the 13 medieval towers (out of the original 76) in full prominence justifying its sobriquet of ‘Medieval Manhattan’ and where tower once meant power amongst the rival households vying for status.

The shops were promoting the artist Aldo Ezio Conelli, whose pleasing naïve renditions of Tuscany tempted me beyond my budget as did the fabulous ice creams at Dondoli in Piazza della Cisterna. I had a light lunch at the Locanda di Sant’ Augustino (www.locandasantagostino.it) in its eponymous large, empty piazza, a quiet breathing space where the buildings have layers of faded plaster to reflect the wear and tear of time.

Genziana, the characterful owner, paid careful attention to create a lovely dish of spaghetti with pea sauce and truffle oil. It’s marvellous how Italian cuisine knows how to make something so delicious out of such simple ingredients.

Another string to the Tuscan bow.