Merry Christmas everyone! This is my last page of the year and I cannot wait to tell you all about the Christmas shows out in am dram land. It’s panto-tastic, as groups battle it out for the biggest laughs of the year.

I think Sleeping Beauty is my favourite panto and one which is not done as often as Aladdin, Cinderella or Dick Whttington. I was delighted therefore to g9o and see Wolverhampton Grand Theatre’s version of the panto earlier this week.

This year, Adrian Jackson and his team has produced a good old-fashioned, traditional panto, which is largely musical theatre based, with a strong cast, outstanding scenery and sumptuous costumes. It’s everything families would love to see at Christmas.

From the moment Debbie, as Fairy Crystal, hovers above the audience, the magic spell is cast and from then on, it just gets better and better!

I always say to amateur panto performers, go and see a professional version of your chosen show. Pick up as many tips, jokes, character ideas and magic tricks as you can. This professional panto is a perfect example to follow.

You can also catch another production of Sleeping Beauty over at The Core Theatre in Solihull from tonight until January 6.

With daring duels, doting dragons, lavish sets and costumes and bucket loads of laughs, it’s a new spin on an old yarn and celebrates a new era for panto in Solihull.

Lovers of Disney’s Little Mermaid will be delighted to hear that you can see the pantomime version of this enchanting tale at Shawbury Village Hall in Shropshire.

It’s presented by the Shawbury Village Players from January 3-5, with evening performances at 7.30pm, and a 2.30pm Saturday matinee.

Robin Hood and his Merry Men is a panto not performed very often, so for a change, why not catch the show at the Oldbury Rep from January 12-19?

With downtrodden villagers, bungling henchmen, a dastardly villain and of course a glamorous dame, will Robin and his posse save the day and win the hand of the beautiful Maid Marian? Take the family and find out!

Over at Brierley Hill Civic Hall, there’s a production of A Tangled Panto, when Brierley Hill Musical Theatre Company presents an awesome adaptation of the classic fairy tale, Rapunzel, which runs from January 12-19.

Dame Trixie Bouffant is the royal hairdresser, whose daughter was stolen when she was a baby by the wicked witch Gothel. Hidden away in a tall tower with no stairs or doors, Prince Fredrick sets out to rescue Rapunzel when a newbie fairy, Flora, discovers the truth of her whereabouts.

The group invites you all to join them for this much-loved pantomime, filled with love, music and laugher for all the family.

At Sutton Coldfield Town Hall until December 31, there’s a production of Beauty and The Beast.

It’s described as ‘a feast of musical and spectacular festive fun!’

This tale follows the adventures of Belle, who finds herself held prisoner by a grotesque beast in his dark and dismal castle. Little does she know though, the beast was once a handsome prince put under the spell of a wicked fairy who changed him into a hideous creature and all his servants into household objects.

Birmingham Youth Theatre will present Snow White from January 10-12 at The Old Rep Theatre in the city, written and produced by Joe Logan and Adam Swift.

Dare you look into the magic mirror and ask ‘who is the fairest of them all?’

Or visit The Rose Theatre in Kidderminster where the junior and senior sections of the Youth People’s Theatre are joining forces to present the stage adaptation of Peter Pan from December tomorrow until Sunday.

Life will never be the same for the Darling children as they soar through the London skies to Neverland with Peter Pan. Watch out though, there are mischievous mermaids, jealous Tinkerbell and the evil Captain Hook.

Jack and Beanstalk is an old favourite and you can catch a production of this classic tale at Artrix Arts Centre in Bromsgrove from December 15-23.

l That’s all for 2018 everyone! I’ll be back on January 11. Send your news and quality photographs to a.norton@expressandstar.co.uk, call me on 01902 319662 or follow @AlisonNorton 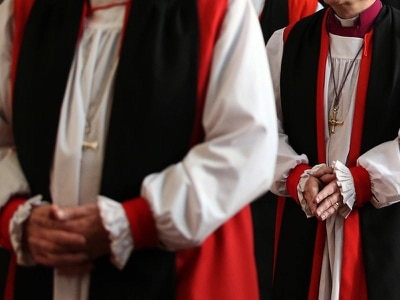