She’s a superstar among children of a certain age – and now a toy maker in the West Midlands is providing her daddy with some stylish wheels. 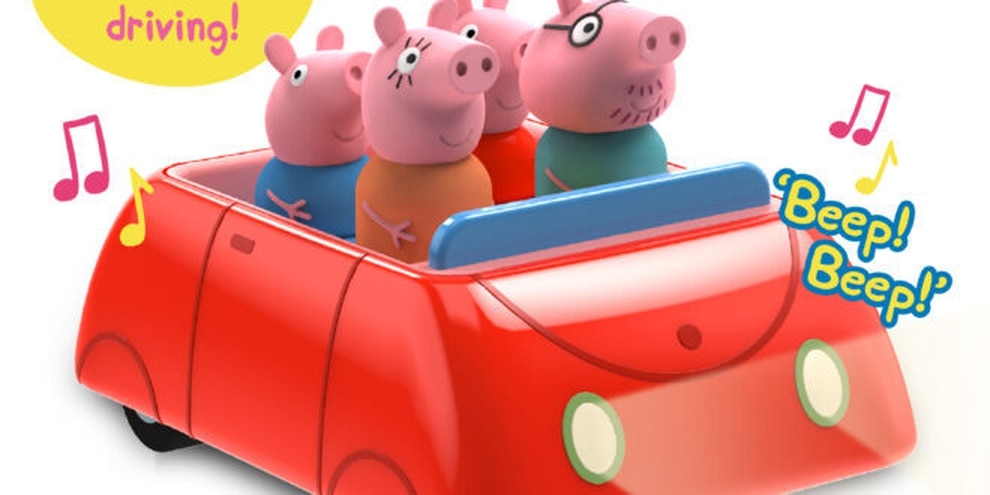 The clever car features characters from the hit cartoon series

Wow! Stuff has created a Peppa Pig car, just in time for the Christmas rush.

The Wolverhampton firm, which has a base near Junction 2 of the M54, has struck a deal with Hasbro, which has the rights to Peppa merchandise.

And it has created a car Daddy Pig would be proud of, with technology that allows it to avoid obstacles when it navigates around the living room.

It’s not the first time Wow! Stuff has delved into the world of children’s make believe either, as its Harry Potter invisibility cloak won it a Toy of the Year Innovation Award last year.

The Peppa Pig Clever Car is scheduled to hit shelves across Europe next month and will roll out to the United States in the spring.

Successfully matching the colours is met with the narrator congratulating the child’s skill before the car sets off.

By pressing the steering wheel, the car is put into auto-drive while the characters chat and lights activate.

Kenny McAndrew, Wow! Stuff co-founder, said: “We’re thrilled to be working on the toddler-tech category and bringing real innovation to pre-schoolers in one of the most iconic Peppa Pig play activities.

"The response we’ve had is fabulous. We are supporting this with a 360 degree marketing campaign including a really super TV commercial and extensive social media advertising.”