Keeping Up With The Kardashians: Where the stars are 13 years later

The family announced the show was coming to an end after 20 seasons.

Keeping Up With The Kardashians launched in 2007 and the world is now a dramatically different place – no more so than for the stars of the show.

Kim Kardashian was perhaps best known as a friend of Paris Hilton’s before the release of a sex tape with an ex-boyfriend made her famous – or infamous – enough for the E! network to base a reality TV show on.

After 13 hugely successful years, the family has announced the show will end next year, after what will be 20 seasons and hundreds of episodes.

The PA news agency takes a look at how the show made the Kardashian-Jenner family stars.

Before starring in her own reality TV show, Kardashian West – or simply Kardashian back then – was best known for starring in a sex tape with the rapper Ray-J.

That brought notoriety which eventually led to Keeping Up With The Kardashians.

Fast forward 13 years and Kardashian West is one of the most famous people on the planet and presides over a booming cosmetics business which Forbes magazine says makes her worth 900 million dollars (about £700 million).

The 39-year-old has emerged as one of the leading criminal justice reformers in the US and is training to become a lawyer. Her work has taken her to the White House, where she spoke with US President Donald Trump to promote efforts to help former prisoners get jobs.

Kardashian West married the controversial rapper Kanye West in 2014 and they have four children. Their marriage has been buffeted by his high-profile outbursts on social media, including in July when she issued a statement about West being a “brilliant but complicated person”.

The so-called “momager” is widely seen as the architect for the family’s astounding success.

Before Keeping Up With The Kardashians, the former flight attendant was best known for her former spouse.

She is the ex-wife of Robert Kardashian, OJ Simpson’s lawyer, and when the reality show began Jenner was married to Olympic hero Caitlyn Jenner, formerly known as Bruce.

After inviting the E! cameras into her life for 13 years, Jenner, 64, is almost as famous as her daughters and boasts more than 36 million followers on Instagram.

She and Caitlyn divorced in 2015. Jenner is in a relationship with businessman Corey Gamble.

The eldest of the sisters, Kourtney has been a major presence on Keeping Up With The Kardashian from the outset.

Her on-again off-again relationship with Scott Disick – the father of her three children – was a major storyline and she starred in the spin-off series Kourtney And Khloe Take Miami and Kourtney And Kim Take New York.

While she also boasts a vast social media following – 101 million on Instagram alone – Kourtney had become ambivalent towards the show that made her a star.

In July she said Keeping Up With The Kardashians became “toxic” after she came to blows with Kim during a recent episode.

Khloe’s heartbreak has been a regular theme of Keeping Up With The Kardashians.

The unlucky in love star was married to former professional basketball player Lamar Odom from 2009-2016.

She had paused divorce proceedings in 2015 after Odom suffered a near-fatal overdose at a Nevada brothel.

Khloe, who has reportedly dated rapper French Montana, was also in a relationship with NBA star Tristan Thompson, the father of her two-year-old daughter, True.

She gave birth in April 2018 amid reports he had been unfaithful while she was pregnant. The drama was captured by the Keeping Up With The Kardashians cameras.

Kendall and Kylie, daughters of Kris and Caitlyn Jenner, first appeared on Keeping Up With The Kardashians as children but are now among the most influential young people on the planet.

Kendall, 24, is a supermodel with 139 million Instagram followers, while 23-year-old Kylie boasts 195 million.

Such is Kylie’s influence, a negative tweet about social media app Snapchat in 2018 saw roughly 1.3 billion dollars (about £1 billion) wiped off the company’s market value.

She has leveraged her vast following to grow her thriving Kylie Cosmetics business.

In March 2019, Forbes featured Jenner along with the headline “At 21, Kylie Jenner Becomes The Youngest Self-Made Billionaire Ever”.

It later retracted the claim, accusing the reality star of inflating the value of her business.

Caitlyn, once labelled the “world’s greatest athlete” thanks to her Olympic exploits, came out as a transgender woman in April 2015.

She announced the news in a high-profile TV interview with Diane Sawyer and also appeared on the cover of Vanity Fair alongside a picture taken by famed photographer Annie Leibovitz and the headline “Call me Caitlyn”.

Before coming out as transgender, Caitlyn appeared on Keeping Up With The Kardashians as Bruce, father of Kendall and Kylie, from the beginning of the show.

She was already a household name in the US thanks to her sports career.

She later starred in I Am Cait, an E! documentary series chronicling her life post-transition.

Disick has been a main cast member throughout Keeping Up With The Kardashians, often providing  a source of comic relief.

A businessman, he is known for his “Lord Disick” persona as well as for being the father of Kourtney’s three children. They split in 2015 and he has been dating Lionel Richie’s model daughter’s Sofia.

Disick’s battles with drink and drugs have been another running theme of the show. 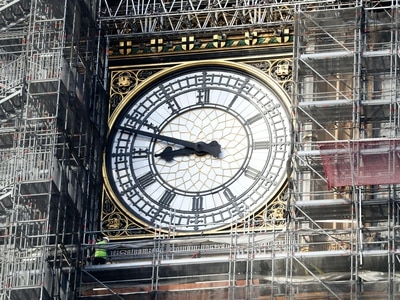