A singer-songwriter is "absolutely buzzing" ahead of performing at a Black Country Christmas lights switch-on event this weekend.

Matilda Pratt, aged 17 and from Tamworth, will be performing at the event in West Bromwich tomorrow in support of 2017 X-Factor winners Rak-Su. She also performed there last year.

The former The Star Unsigned column act will be forming near the Farley Fountain at 6.10pm, before Rak-Su get on stage to switch the lights on at 6.30pm and then perform themselves. Also on the bill at 5.30pm will be another former Unsigned column act - WOUNDEDSPiRiT, from West Bromwich - who have a new single due out in January.

"I’m absolutely buzzing to perform," said the A-level student, who earlier this year underwent a terrifying ordeal while networking in West Hollywood when a man approached a security van guard with a knife near to where she was sat enjoying a coffee and was shot at.

"The crowds last year were insane and I have had so much continued support from the event. The crowd always love to sing along so it should be amazing. I can’t wait to get in the Christmas spirit with everyone and I’m so proud to be performing before Rak-Su, they’re so talented."

And once the bulbs are lit, it's eyes ahead on an EP release slated for 2020.

"I’m still working really hard on my EP," Pratt continued. "My latest single Wild Horses had such good feedback, including airplay from BBC Introducing in the West Midlands. They don’t usually play covers but they loved my own spin on the Rolling Stones song so played it, which I thought was really cool.

"I’m super excited to see how the 2020 EP release goes. I have a few festivals and exciting performances lined up already for next year, but a few Christmas events still to go, including the headline slot at A Victorian Christmas Fayre in my hometown Tamworth on December 15 in the Castle Grounds. I’m on from 4pm to 5pm."

Matilda can be followed on Facebook for updates @matildaprattofficial 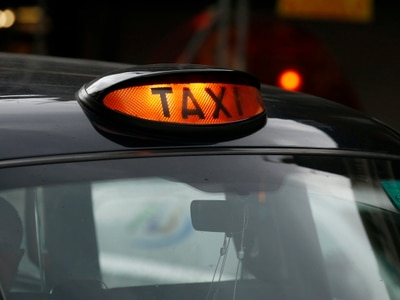