By Steven JonesIn photosPublished: May 23, 2018

A new exhibition taking place in the city will tell the story of one of Wolverhampton's most famous streets through the years.

The research will be part of a new exhibition at Wolverhampton Art Gallery in May which tells the history of the street.

Volunteers and Wolverhampton Council employees have used a range of sources, including documents, maps and photographs, to highlight areas of continuity and change.

The public display will run from May 26 to July 4 and admission is free.

Ron Macklin, a New York-based artist, became involved in the exhibition through the Urban Sketchers Group.

He said: “I really love the Queen Street project and was happy to participate in this sketching event.

“The architecture is truly beautiful even though many of the first-floor commercial stores have masked that beauty. All one needs to do is look up and you can see the beautiful, intricate and graceful details.

The exhibition also includes a selection of art pieces produced by various local community groups that shine a light on one the most iconic streets in the city.

In 2017, Wolverhampton Council secured Heritage Lottery Funding to support the Queen Street Gateway Townscape Heritage scheme, which provides grants towards the cost of external repairs and enhancements to buildings of historic interest in the street.

Queen Street is home to many listed buildings dating back to the early nineteenth century.

Queen Street first came to be in the 1750s during a time of growth and prosperity for the city. The first phase of the street's construction, between 1754 and 1788, saw the north side of it built between Princess Street and Piper's Row. The second phase, beginning in 1812, saw larger, more prestigious buildings being constructed.

These included the Congregational Chapel, number 46, which is now Johnny Spice but was the town's first public dispensary for treating the poor and the post office which was later demolished and replaced with the Express & Star building.

Number 50, which was the town's subscription library before it became Assembly Rooms and then the County Court was built in the same period. The building was last used as a nightclub and is currently up for sale.

Queen Street also became the home of the headquarters for the Express & Star in the 1930s, where the newspaper is still headquartered today.

Councillor John Reynolds, Wolverhampton Council cabinet member for city economy, said: “Queen Street is such an iconic street in Wolverhampton and is an important part of the city’s history.

“By working with volunteers, historians and the businesses previously located and currently located on Queens Street we will look to restore the buildings to their former glory.”

More information on the project can be found at www.wolverhampton.gov.uk/queenstreet. 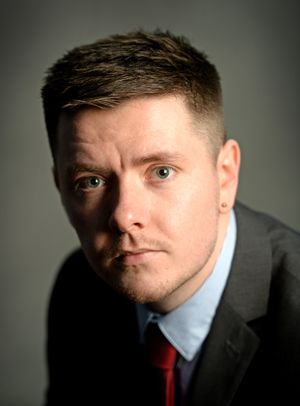 Peter Rhodes on a useful phrase, a KISS revolution and the shocking truth about Glasgow

LETTER: Government not up to the task

Peter Rhodes on assisted dying, assisted living and the folly of cramming music into decades

Man dies after being arrested by police in Derbyshire

Referrals to social services from schools fell 31% during pandemic – figures