PICTURED - Jack and the Beanstalk dress rehearsal as panto gets underway

The curtain has been raised on the Grand Theatre's pantomime, Jack and the Beanstalk. 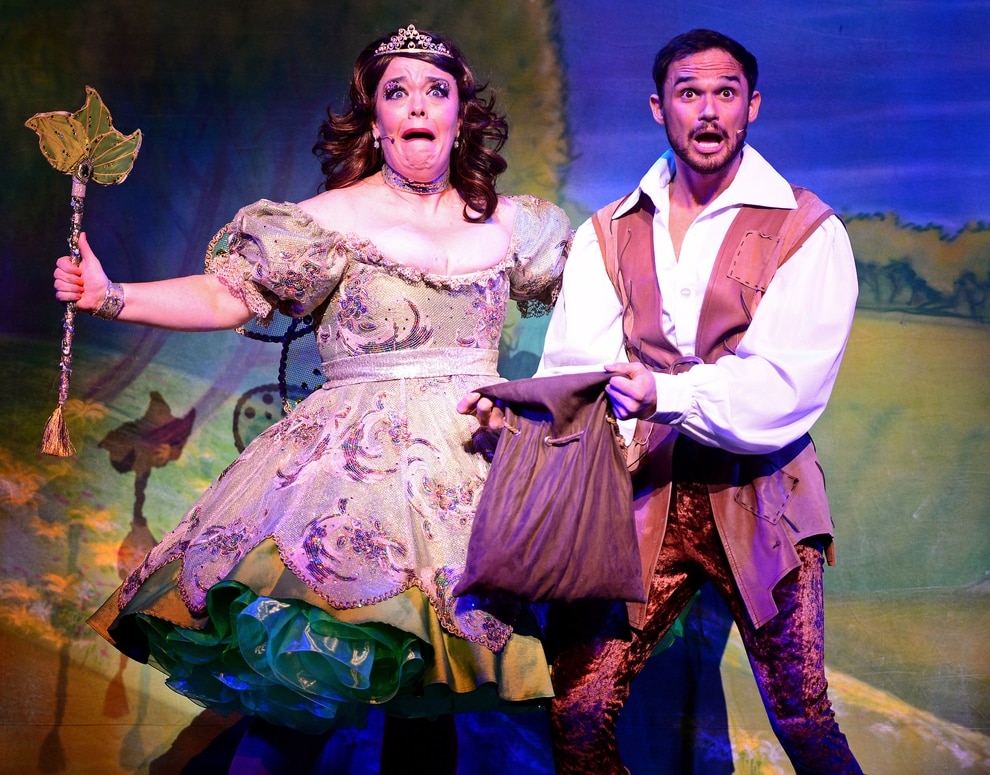 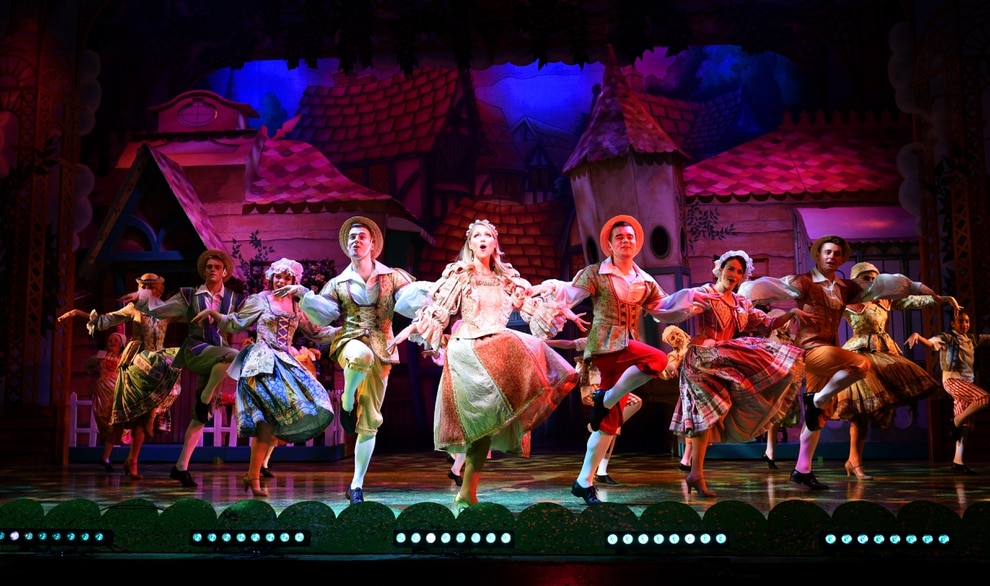 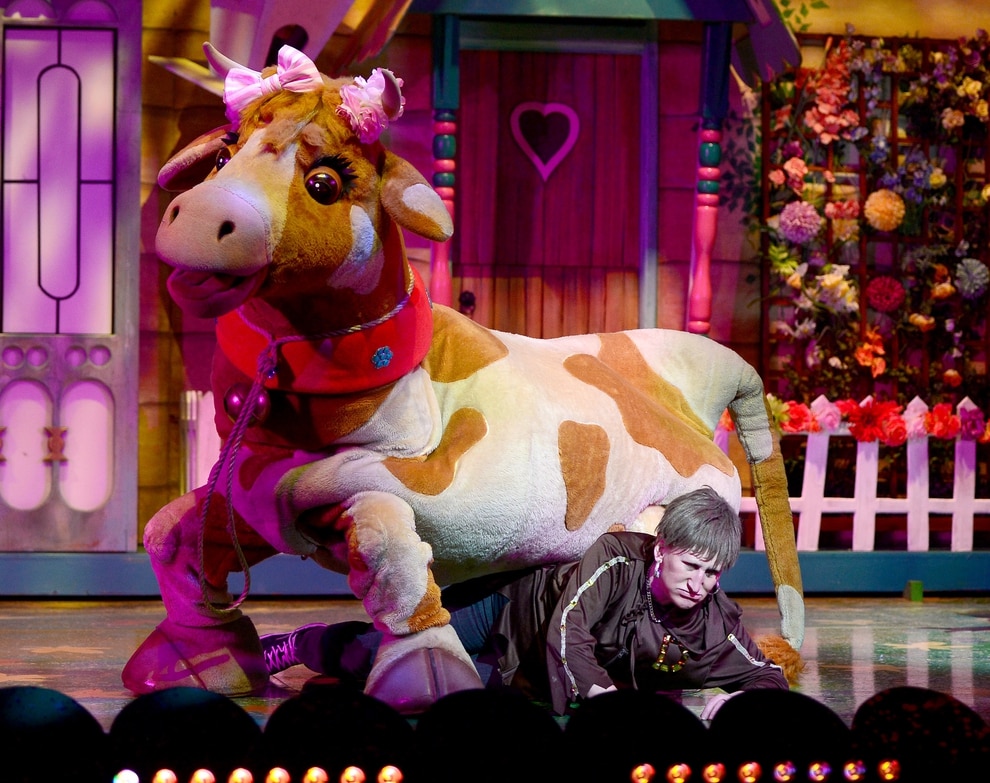 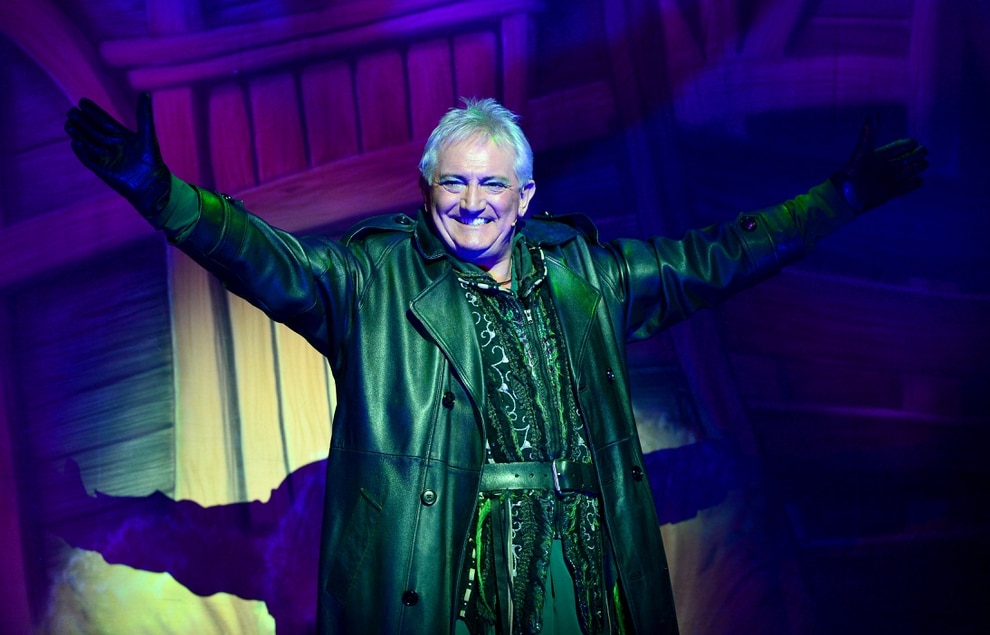 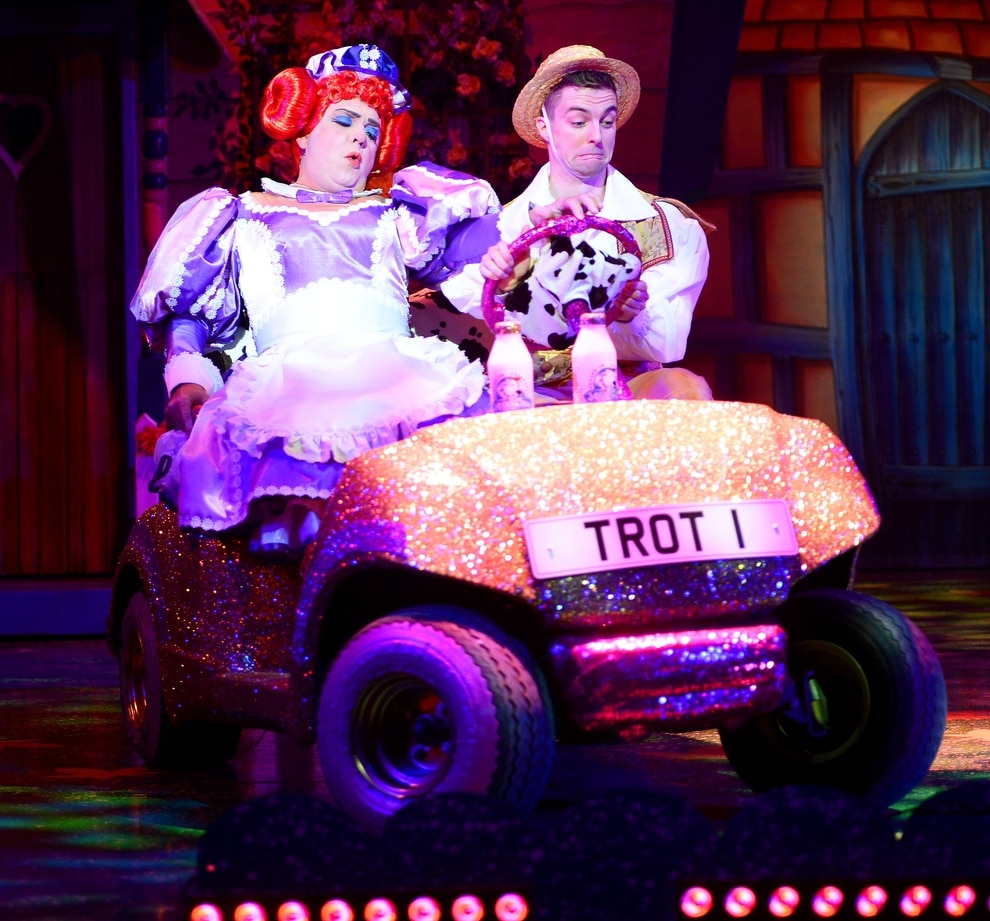 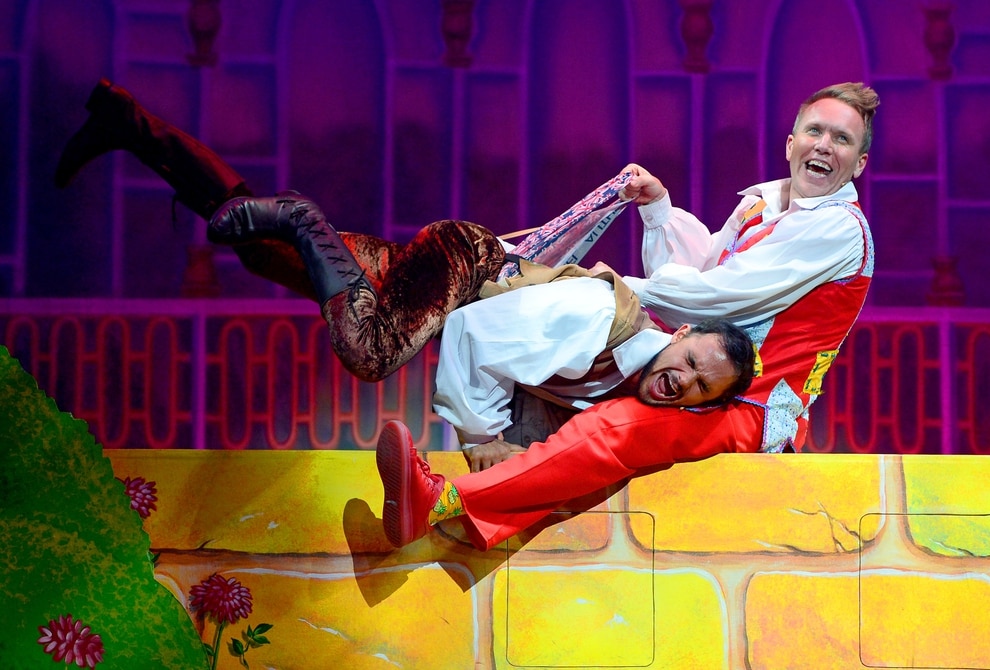 Two weeks of rehearsals culminated in the first four performances over the weekend.

And on Friday the stars of the show took to the stage for the dress rehearsal.

Ensuring that set changes run like clockwork was top of the agenda for the crew given the sheer size of some of the pieces.

The performance itself sets off at a rapid pace and does not let up.

There are gags-a-plenty which will satisfy both the younger members of their audience, and their parents.

And the headline stars, including Lisa Riley and Graham Cole, have the crowd captivated throughout.

Riley captured the hearts of Wolverhampton as the Slave of the Ring in last year’s pantomime and is back to play the Fairy.

Adam C Booth stars as Simple Simon and there is also a role for Black Country favourite, Doreen Tipton.

Director, David Janson, said: "I couldn't have asked for anything else to help in the whole process.

"It makes a huge difference when the boss here at the Grand, Adrian Jackson, is so keen to have a good panto.

"He is so nice and he wants to be so involved. It is lovely when you get someone who cares.

"The cast are just brilliant and what brings it all to life is when you put it all on stage and you get the lighting and the sound added in. What the lighting designer and sound designer have achieved with this is miraculous.

"It is a big sound but it is a very difficult thing to do, to balance a show like this."

Mr Janson has previously worked as an actor at the Grand and last year he directed Home at Seven.

He is fond memories of working at the city centre venue.

He said: "From all aspects this is a nice place to work. It is a really nice stage to work from and the audience is so nice here in Wolverhampton.

"It is a lovely theatre to play to and work in. When you run something you see how brilliantly it operates and how the crew are so keen to help no matter what comes in."

The set arrived at The Grand at the start of December and in all the cast have been rehearsing for 10 days.

Asked what had been the biggest challenge, Mr Janson, added: "There are some large pieces of set and the effects we have to handle in this, and it is an absolute credit to the crew that they have managed to get it all on stage as and when we need it.

"The wings are not the biggest in the world here at the Grand Theatre but when you get big lumps, where they put it all and how it gets to wherever it needs to be at the right time is nothing short of a miracle.

"It is just that the crew here are so good. It is endemic in the building that everyone wants it to be a brilliant show and everyone gives 100 per cent.

"If I were to joke and say I need to have a rhubarb stuck out of somewhere then they would have it within five minutes for me.

"The organisation that goes into a panto really is very precise and the audience should not see that.

"It has to be like that for a panto - a well-oiled machine."

And as for what audiences can expect from Jack and the Beanstalk.

"They can expect a lot of fun, a lot of laughs and a lot of singing along," explained Mr Janson.

"There is quite a lot of dramatic effect. There is everything you would expect from Jack And The Beanstalk."

Long-Bailey: I would take Labour in different directions to Jeremy Corbyn