It looks like the film set from a Hollywood horror movie where frights are waiting around every corner.

But these eerie photographs capture snapshots into how a former Black Country hospital once looked.

The images paint an atmospheric picture of a time gone by at Dudley’s Guest Hospital, off Tipton Road, which closed down in 2007.

These scenes were taken about three years ago inside the hospital’s former main building – a long, brick-built structure – which has since been turned into luxury apartments.

His photographs show the old-fashioned interior of the hospital – a design style typical of the Victorian-era it was built in – but one that is not used today.

A large fireplace can be seen in one room that would have kept patients and staff warm on a cold winter’s day. But when the hospital closed it fell into ruin, with the stove ripped from its seams. 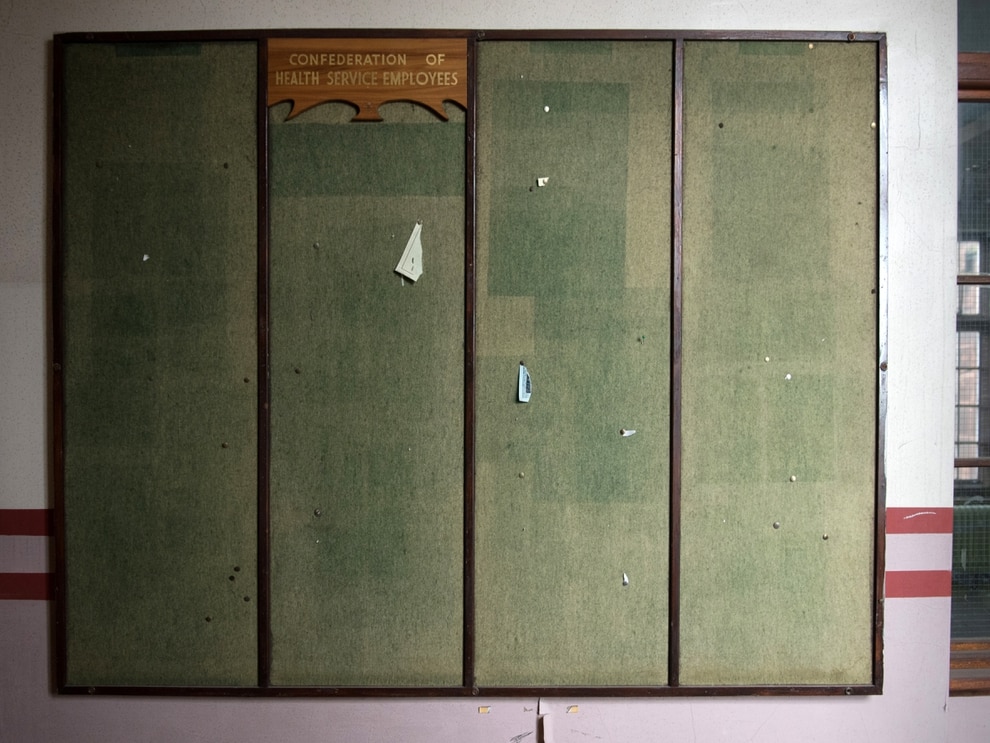 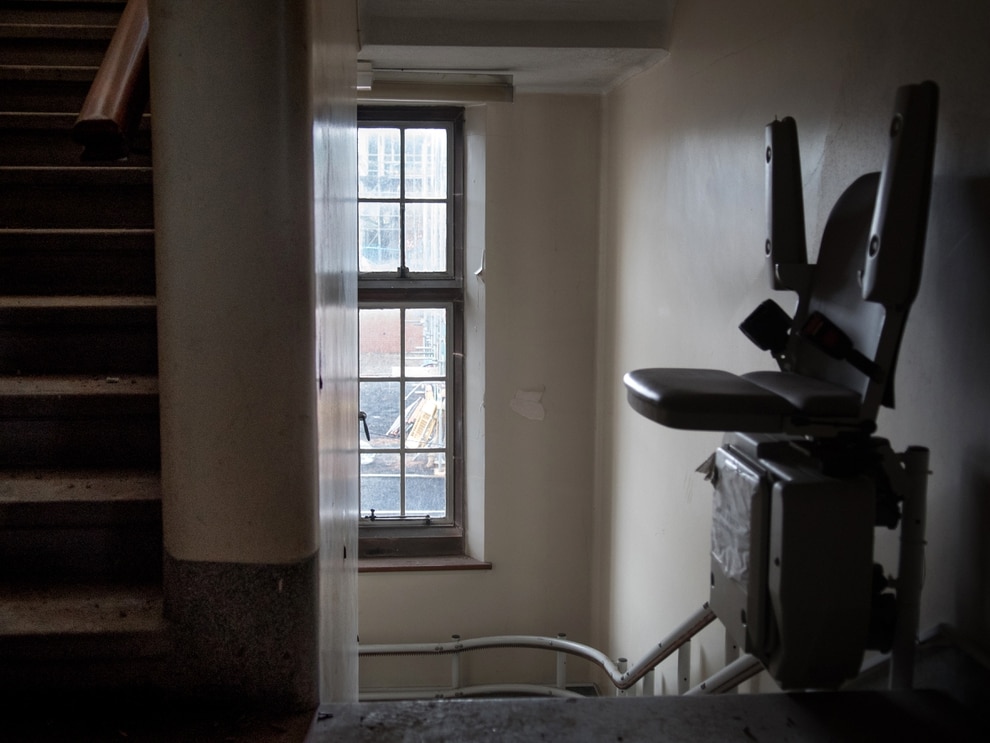 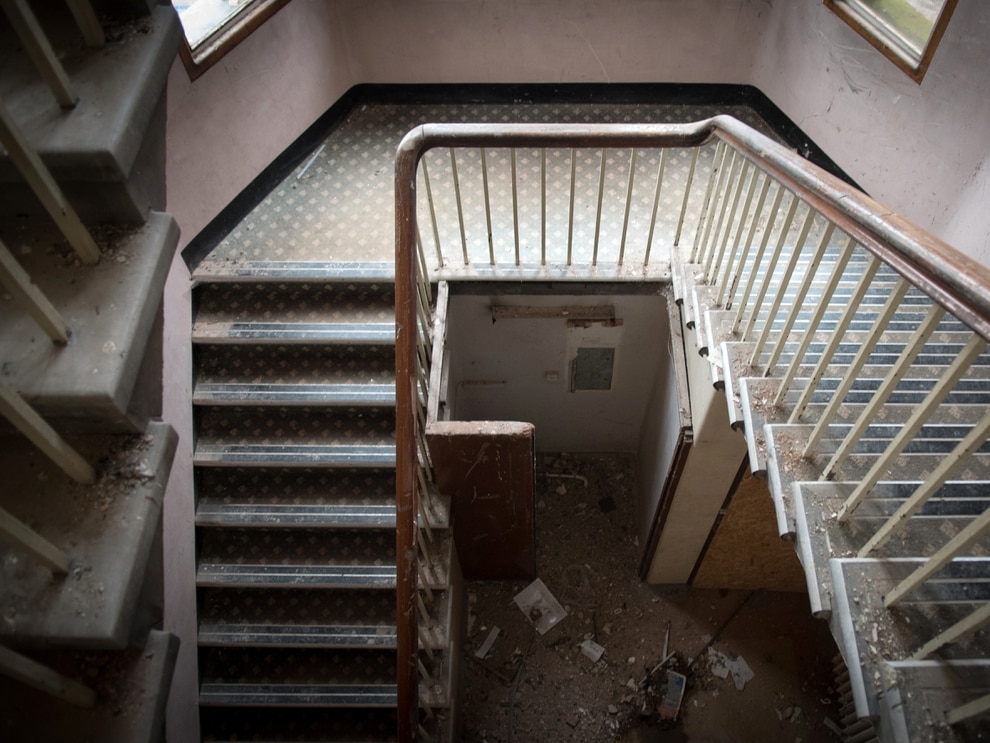 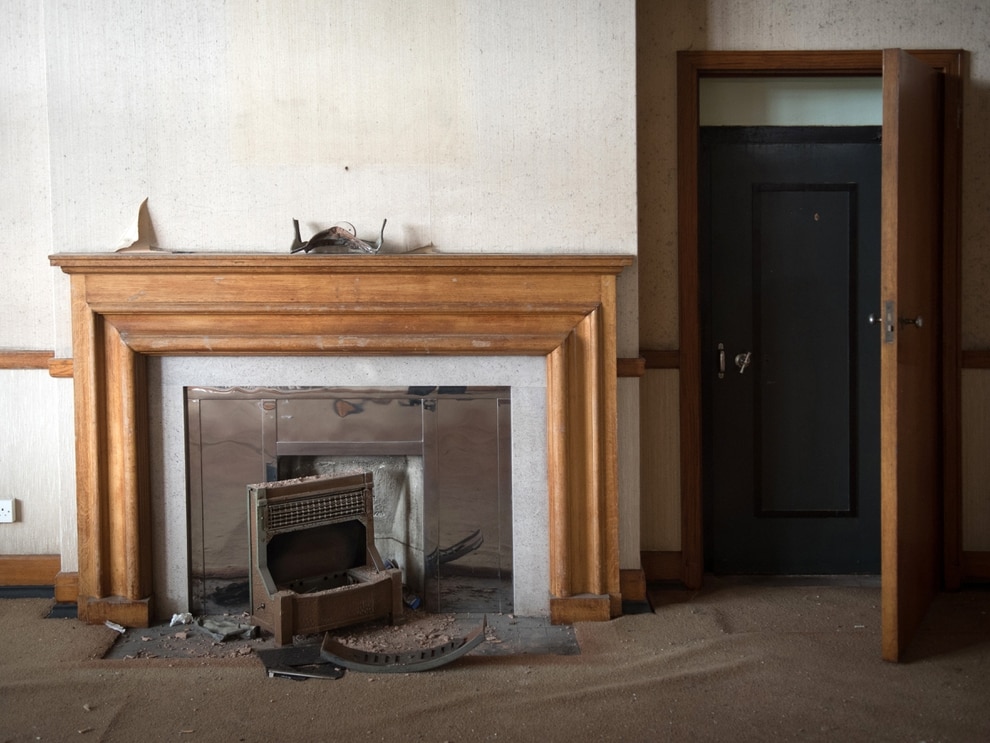 An old fireplace in a forgotten office 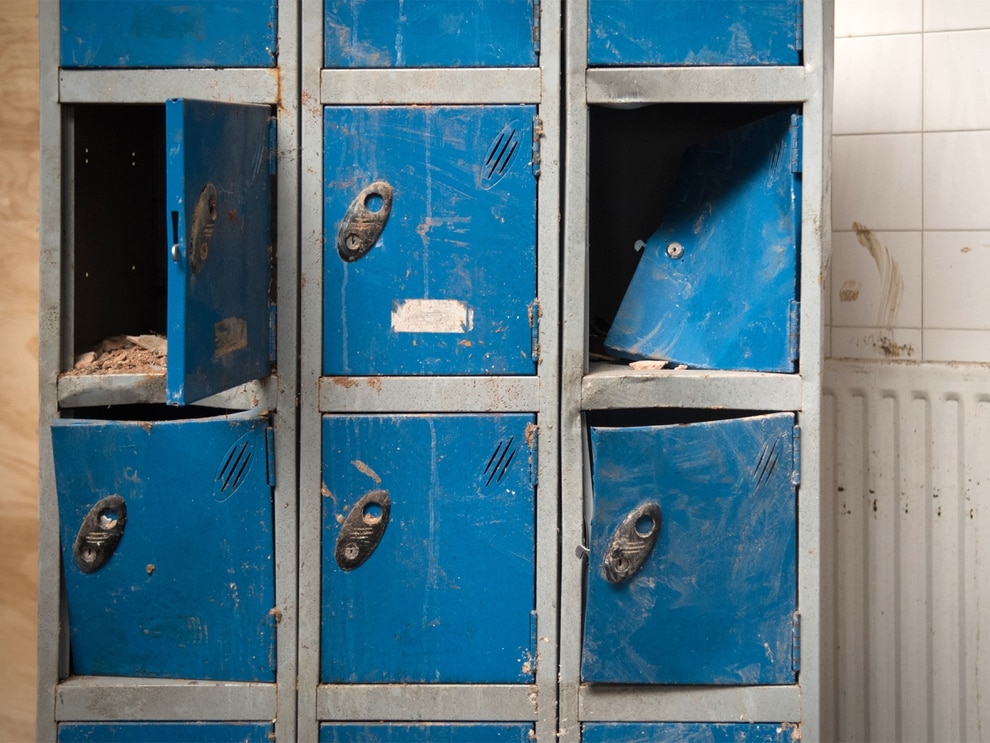 Blue lockers once used by staff

Another photo shows small, square, blue lockers that would have been used to keep people’s valuables inside - but they were left smashed in, dented and dirtied. In another, a shadowy square staircase has been captured in perfect symmetry, with the round edges of its banister portrayed artistically. Dust and debris can be seen on the steps and further items are seen discarded in a pile on the floor at the bottom of the staircase.

Elsewhere, a once gleaming and white bathroom is seen fallen into disrepair, with many of the tiles falling off the wall into a pile on the floor. Water pipes can also be seen sticking out of the wall next to a radiator.

The timeless photographs are currently on display at the Dudley Archives and Local History Centre, on the opposite side of the Tipton Road. The exhibition is running until March 30.

The archives centre has also dug old out photographs and patients' records and put them on display alongside Richard’s photographs.

The exhibition is free to enter.

Author’s snapshot of life on one Victorian street