Look up the definition of the word bohemian and you’ll find something along the lines of ‘socially unconventional in an artistic way’. ‘All the meats’ pizza with medium-rare steak, prosciutto, ham, salami, pepperoni and chicken 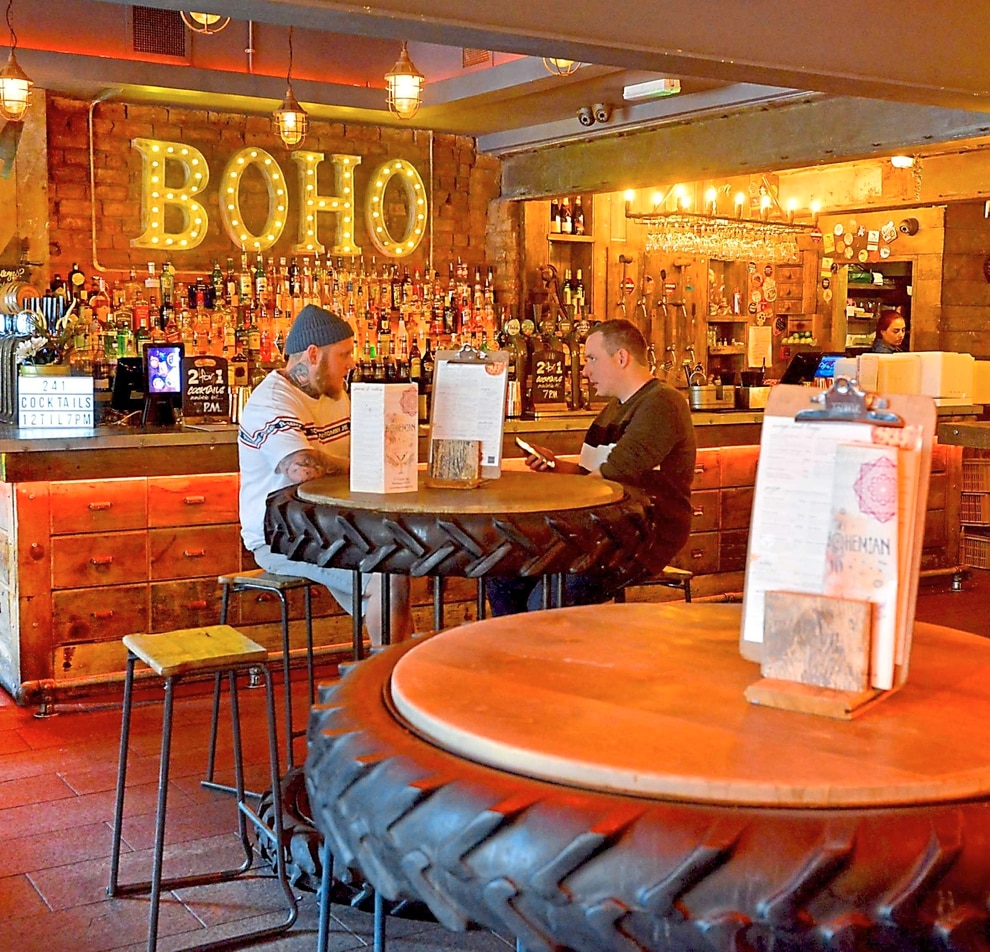 Stylish interior at The Bohemian, Wolverhampton 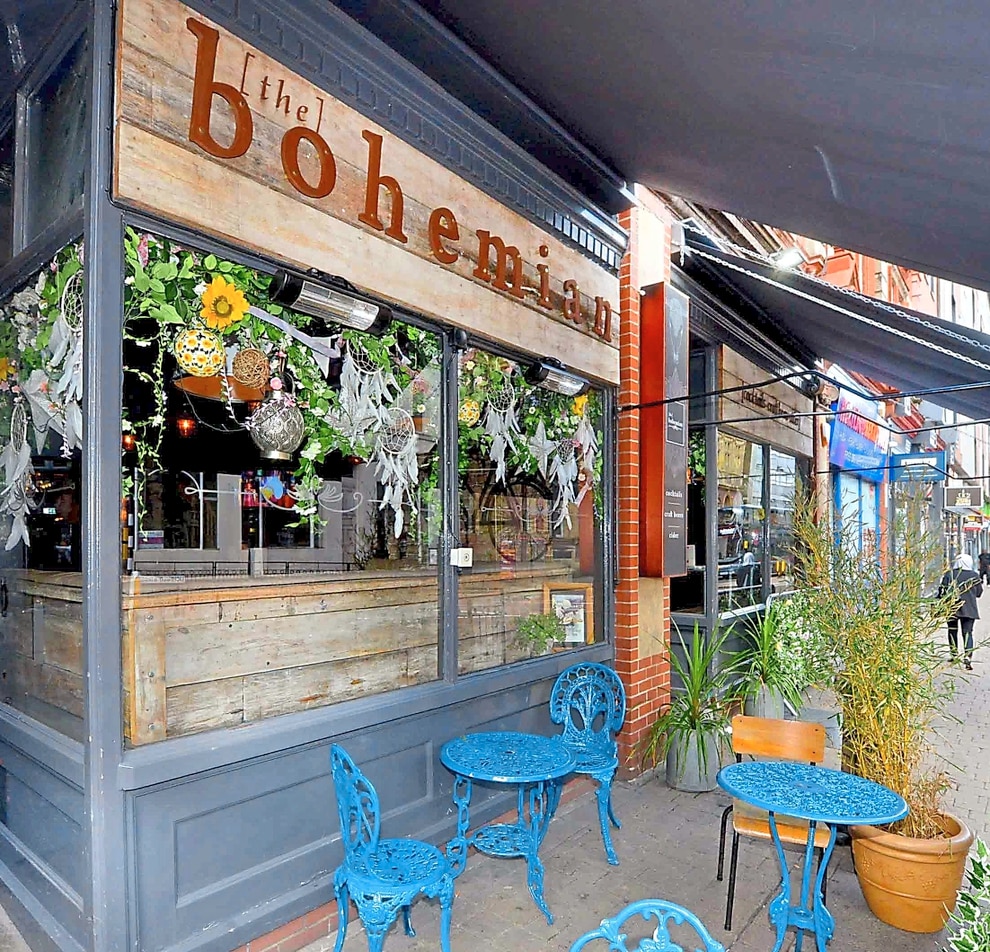 Step inside the ‘tardis’ 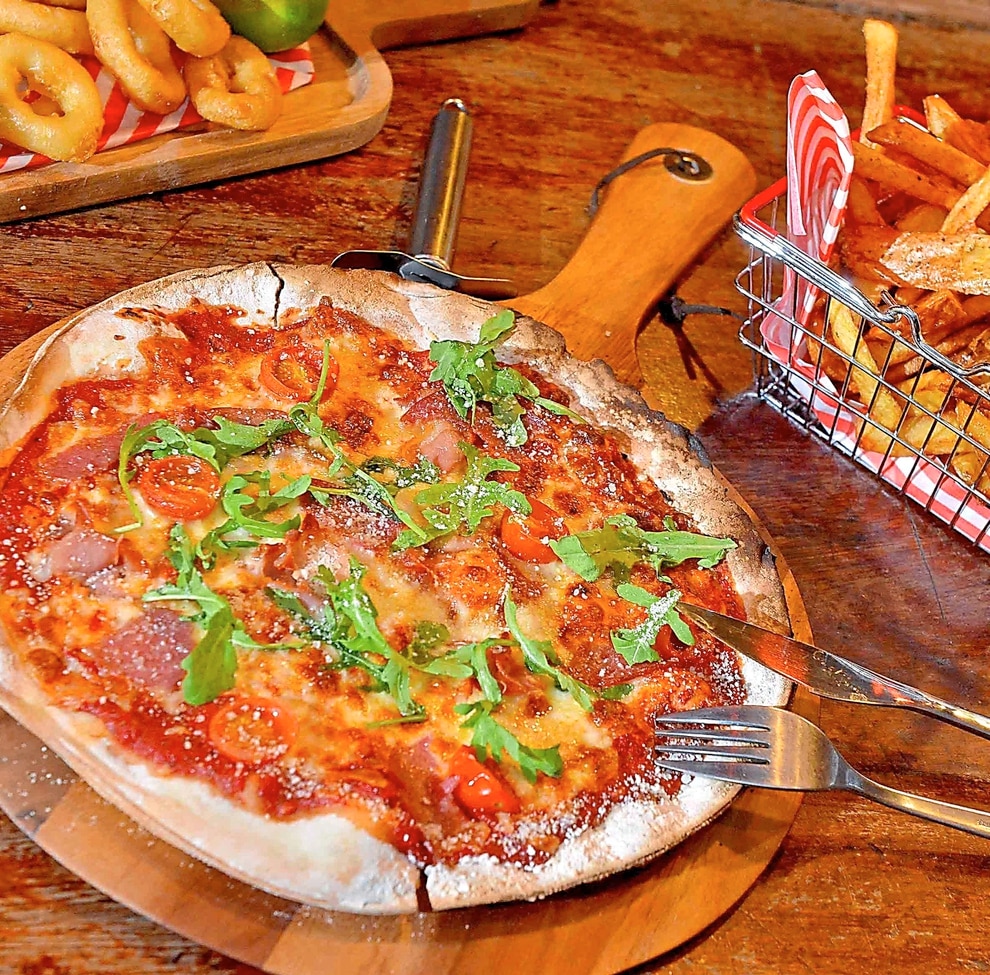 ‘Ciao down’ with a lighter pizza choice 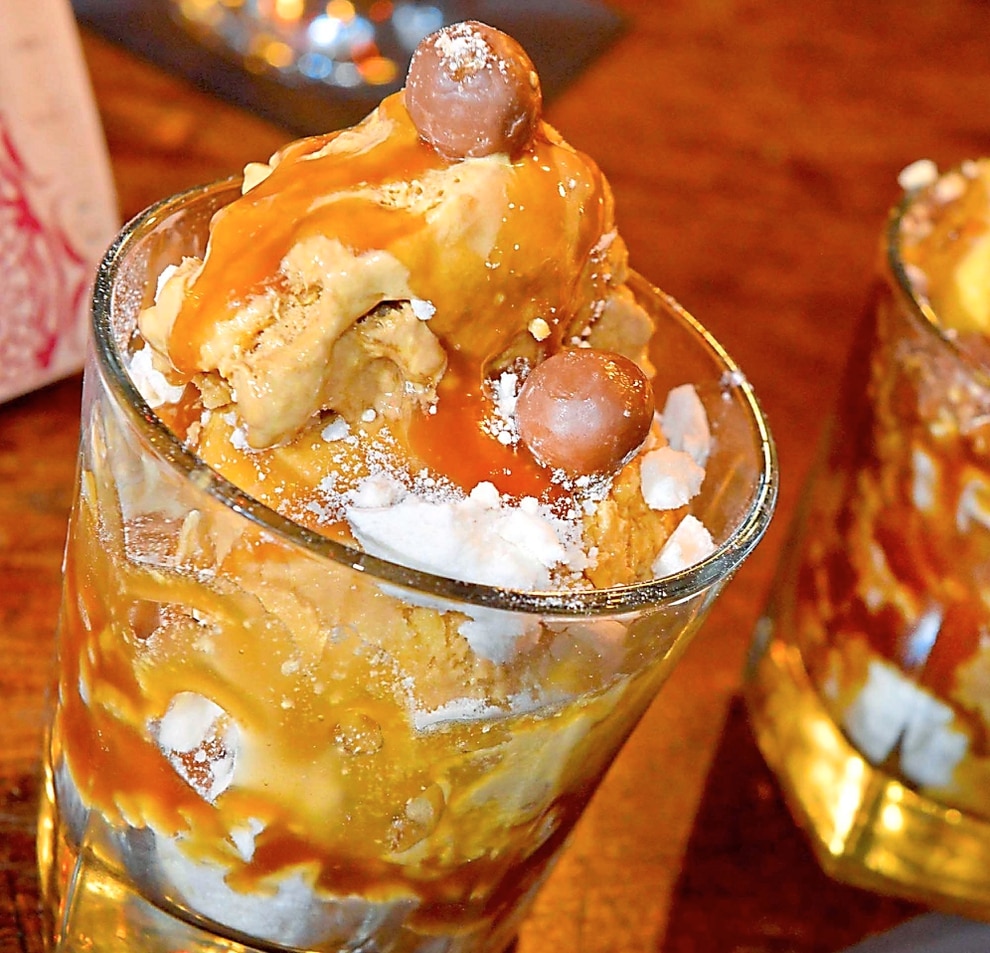 A tempting choice of desserts is offered

The Bohemian my wife and I went to in Wolverhampton would probably fit into that description.

It was unconventional in certain aspects but everything about the place certainly had an artistic flair about it.

And it was like the Tardis, too. If you’ve ever walked passed the restaurant and cocktail bar, which opened fairly recently in Lichfield Street, Wolverhampton, you’d probably agree it looks like a very quaint and reasonably small venue.

It isn’t – walk inside and the whole place just opens up and seems to go on for ages, not to mention the upstairs bar too.

We visited on a particularly busy Saturday afternoon before seeing a show. I’d booked online, or at least sent a Facebook message asking if we could reserve a table, a few days before.

It was a good job we did too because the place was heaving, although I did feel a little bad about moving on the party who had been enjoying a drink before we arrived – sorry about that – although they did end up with a few slices of free pizza for their troubles. More on that later . . .

The place has been done up very nicely and, as expected with a venue that prides itself on cocktails, and the decor was pretty funky but also very stylishly presented.

There were four bar staff working overtime but they still managed to produce wonderful cocktails – using flamethrowers and the lot – while keeping the bar ticking over quite nicely.

There’s something quite hypnotic about watching a mixologist in action, not the show-offs who take it too far trying their best to pull in crowds while flipping the glasses behind their backs (while we’re all secretly praying they’ll drop it), but the ones who just do their jobs very well. And that was the Bohemian all over, really.

We managed to claim a table towards the back of the bar and sat on two tall chairs, surrounded by a lot of people clearly enjoying themselves, while we took a peak at the menu.

Kelly, of course, first wanted to look at the cocktail menu. I tried a boho blond (when in Rome and all that), which was a very nice, refreshing, golden ale. Made with with a fragrant, grapefruit, apples and malt, it really had some zing and woke up the tastebuds.

Asahi super dry, Wolf Rock IPA, Beaver Town Gamma Tay, Tiny Rebel Stay Puft Marshmallow Porter – if you fancied something different, it was catered for. I later tried the porter too, which was another triumph.

And then there were the cocktails. Far too many to go into but again I’d say there was something for all tastes, although I tend not to touch to them.

Kelly went for a rhubarb gin fizz, which was Edinburgh rhubarb and ginger gin, topped with Prosecco and garnished with a raspberry. It was okay but a little bit tart for her.

Some of the other cocktail names were superb with likes of ‘Flaming Mallow’, ‘Risk it for a Biscuit’ and ‘Boho Bramble’.

Perhaps the best part was that none of the drinks were overpriced and the food was actually very good value for money, which is not what you’d expect when visiting a swanky joint in the city centre.

The food menu was very simplistic which, let’s be fair, is all you want when grabbing a bite to eat before heading out again. If you just fancied a quick snack, the ‘wings and tings’ starters would be right up your street.

Or the Nachos el Classico, which was classically topped nachos with cheese, tangy salsa, sour cream, guacamole and jalapeños, with the option of adding barbecue pulled beef or upgrading to an even larger portion.

In the end we decided to share a Salt and Pepper Calamari, which came with a grilled lime and sweet chilli dip. It was as you’d expect, with the squid served in a light batter. It wasn’t the best and it was far from the worst. The dish was cooked nicely and hadn’t been drowned in fat. The squid was fairly thin but still juicy and it all worked as a nice sharer as we chatted and took in the atmosphere.

As for the mains, all the burgers came served with slaw and hand-cut chips, cooked in beef dripping. The chips alone sounded amazing but there were veggie options too.

There were also sandwiches and salads as a lighter option but our eyes were immediately drawn to another section of the menu.

The main reason we had decided to play it safe with the starter was because we both fancied a pizza – and previous efforts had told us there was always plenty to go round, so having a huge starter was probably not the best idea. We were correct too but the pizzas were really delicious, with the toppings all served on hand-stretched stone-fired bases. And there was quite a variety of toppings.

The cheeseboard, Black and Blue, Aloha, Sergeant Pepper and Meat the Focker – plenty of choice.

Fancying something a little lighter, I chose the ‘Caio Down’, which consisted of prosciutto, salami, fresh tomato and mozzarella, topped with rocket and fresh parmesan.

It seemed the closet thing to an authentic pizza and it was everything I’d hoped for. Light, flavoursome, with a nice amount of cheese and then garlic blast of the meats coming through, as well as the occasional hit of tomato. Superb.

Kelly went for ‘All the Meats’, which included medium-rare steak, prosciutto, ham, salami, pepperoni and chicken.

She said it was best pizza she had had in ages, with a thin and crispy base that was nicely seasoned. Overall, it was “yummy”.

And there was plenty of it too so we were more than happy to share the last few slices with those we had moved on from our reserved table. They seemed happy.

There was even a tiki drinks menu, if the cocktails and beers weren’t enough. Well worth a visit for pre-show drinks and food, or even just a fun night out.

Food review: Admiration for food and staff at Rebels