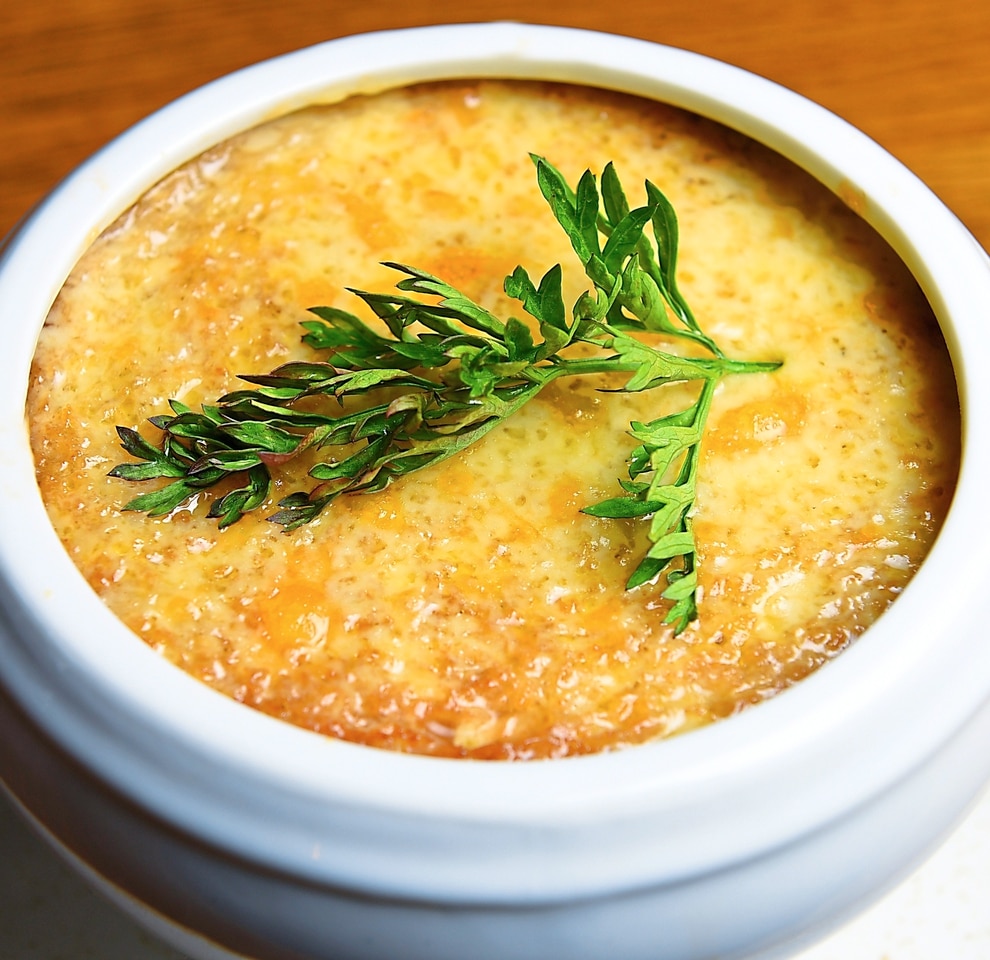 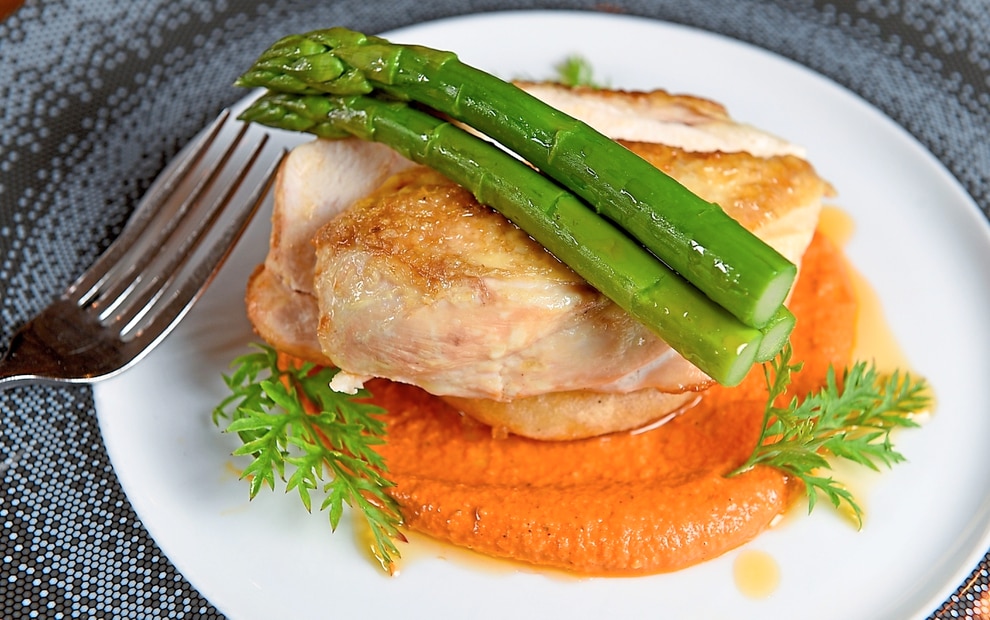 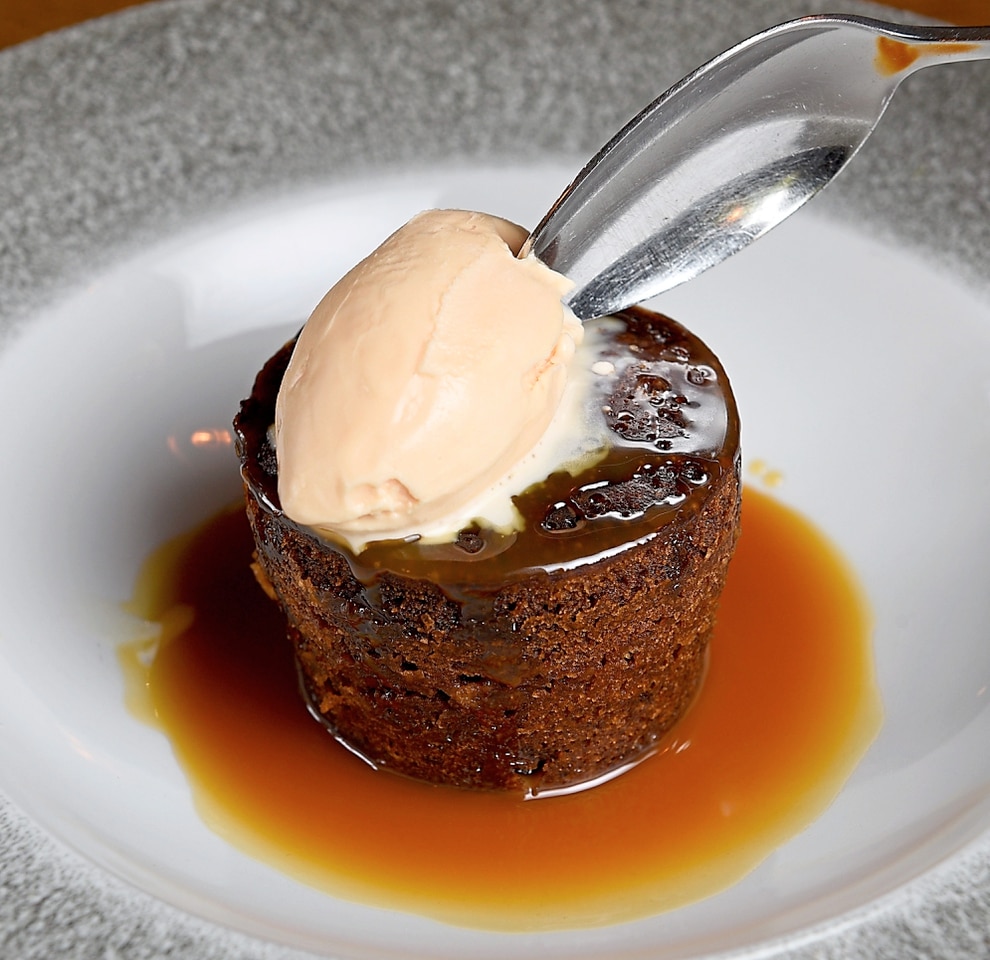 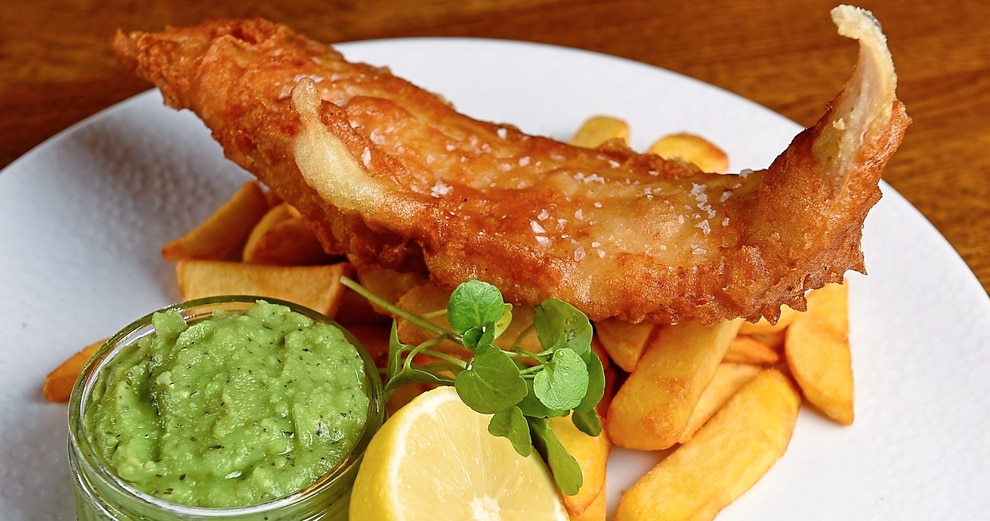 Homely feel – inside is smart and comfortable Being new in town means it’s not always easy to show initiative when it comes to going out. You don’t know the area and have no knowledge of any decent places to eat or drink out at.

But it was clear that a country pub was to be the destination on a summer’s evening.

An escape from the city hell on a hot day in the office.

The Red Lion at Bradley is a pretty little pub in a proper, picturesque English setting.

The white-washed walls of the 17th century building and perfect flower borders look totally in character for its village setting.

Driving up to the pub it was easy to feel all the stresses and strains of the day slip away and be replaced with calm and tranquillity.

Mr and I wandered in to the pub and I have to say it caught us a little of our guard. Walking through the bar area to the dining room there was a definite feel of ‘this is a local pub for local people’. All eyes were on the strangers from another land.

We moved swiftly and found we were the first in for dinner. This meant we got our pick of the tables and The Husband – who is a little particular about where we sit – made a beeline for the table I had my eyes on. A window seat for two that was tucked away from other diners.

It’s neatly and nicely decorated, simplistic and tasteful with airy and clean, whitey cream walls and some exposed timber beams and brickwork.

The waitress, Jodie (so it said on the bill), was very smiley and gave us menus to deliberate over and took a drinks order: a much-needed beer (Birra Moretti) and wine (Pinot Grigio). They arrived with a bottle of chilled water, the order was taken and we relaxed into our peaceful surrounds.

We did have to shuffle the table as Husband had parked himself right under a speaker – he’s not one for noise, don’t get me started on strimmers, idling cars or the sound of music drifting over the garden fence. He got that sorted and we chatted and giggled until the starter arrived.

I’d gone for the soup of the day – French onion with a crusty roll and he fancied the warm garlic and rosemary focaccia with aged balsamic, olive oil. The idea was to share as his favourite soup is French onion and I like a little bread with the Mediterranean dips.

The soup was amazing. It was full of oniony flavour with gorgeous chunks of the veg thickening up the hearty liquid. The best bit was the huge French bread crouton covered in melted cheese floating on top. Alas, there was no crusty roll but this didn’t matter too much as we had the bread starter which was a large portion of four pieces of focaccia that was full of rosemary much to the delight of Husband. The olive oil and balsamic vinegar were of a high quality: the oil had a very smooth delicate flavour and the vinegar mellow and more sweet than sharp. The herby bread was a great complement to the oil and vinegar mix.

Nothing was left of the starters and we sat back waiting for them to settle as we admired the serene surroundings.

By the time our mains arrived the dining room had begun to fill up a little.

I’d gone for a pub classic – fish and chips – only instead of the usual cod it was battered haddock with chips, tartar sauce and minted mushy peas.

They were both a good size especially after the filling starters.

My fish was flaky and had a subtle flavour, not too fishy. The batter was brilliant. Not like heavy greasy chip-shop batter, this was light and crispy and wasn’t oozing oil. The chips were chunky and fluffy with golden crisp edges. I didn’t partake of the tartar sauce so can’t comment on that but the mushy peas were a dream.

Now, I’m a massive fan of peas. I would eat them every day and with every meal if I could. If there isn’t a bag of frozen peas in the freezer there is usually a minor panic in our house. I’m not so keen on mint and peas – a bit like when you’ve cleaned your teeth and then eat something, it’s just not right – but I thought I’d give it a whirl as different chefs have different takes on minted peas. I have to say these were pure hap-pea-ness! They were a smooth mush – not at all gritty like they can sometimes be – and the mint was a mere suggestion and not at all overwhelming in the slightest, in fact they tasted delicious and I would’ve loved a larger portion.

The chicken was going down just as well over the other side of the table.

Full disclosure here; Husband admitted he didn’t really know what a ‘ballotine*’ was (do you?), but it turned out to be a thick wedge of chorizo base, atop of which sat a succulent chicken breast.

The taste was firm but not overpowering and added a zesty zing to proceedings.

Accompanied by asparagus spears, the whole medley looked and tasted delicious, I was assured.

To top things off, the rosemary potatoes – one of his faves – were cooked to perfection; superbly seasoned and a decent sized portion.

I was defeated by my meal and couldn’t finish it all. I blame the delicious and filling soup starter. His plate was cleared and our bellies were happily full.

Husband was keen to sample a dessert: something about for a fair review you need to try three courses but I was too stuffed to even contemplate such a thing.

Sticky toffee pudding with ginger ice cream was his choice. “With two spoons, please,” he called after Jodie.

Ah ha, he knows me too well. I do the thing I always do, bemoan the fact I can’t manage another morsel and then tuck into his pud. It was well worth finding the tiny bit of room my tummy had left. It looked very indulgent: a little round wheel of sticky toffee pud with a scoop of ice cream on top, decorated with slices of fresh ginger.

The pudding was light and airy and not too sweet and sickly. It had a good amount of stickiness too. The ice cream was lovely and sharp and was a strong flavour of natural ginger rather than a synthetic flavour. I’m pretty sure I ended up devouring the majority of it too.

Smiley Jodie gave us our bill and £53.20 seemed pretty good for such a delicious dinner with no complaints and such lovely, friendly service.

We were just getting ready to go as a large table of teenagers walked in and it looked like it was going to get busy – good timing.

It’s a place we’d happily return to. Out of the way, quiet and with such satisfying food, The Red Lion is surely the mane attraction in the pretty village of Bradley.

*Just in case you didn’t know: ballotine – a piece of roasted meat which has first been boned, stuffed, and folded or rolled into an egg-like shape.