No matter how happy we are in life there seems to be an in-built mechanism to look back on the heady days of our youth. 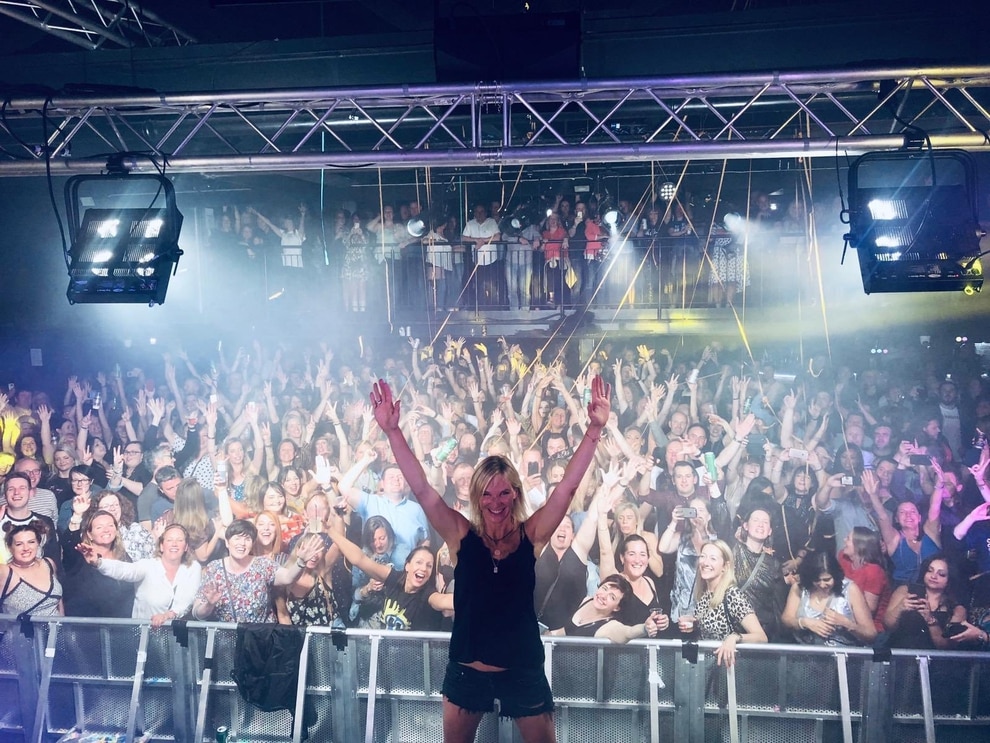 Jo Whiley with an appreciative crowd of 90s lovers in Digbeth. Photo: @jowhiley

Various venues and themed nights pay homage to the funk and soul of the 70s and the outrageous synths of the 80s, but it’s rarer to look back at the Britpop revolution of the 90s.

Now they are increasing, probably because those of us even very young throughout the decade and now of drinking age are into our 30s. And Jo Whiley gave us a taste of radio shows of yesteryear with this evening of megahits from the decade touching on Britpop, rave culture, rock and even a tint of metal through Rage Against The Machine’s Killing In The Name.

It was very much a parents’ night out feel in our section of the crowd as the thoughts of tomorrow’s childcare were dispelled in a hazy mist of alcohol and tunes – some of which are pushing 30 years old.

The Mill is a vast, metallic warehouse venue with its big arching roof, feeling like somewhere Mad Max might let his hair down after a day causing destruction at high speed. It makes for a good, reverberating sound, and experienced DJ Whiley took full advantage. She was preceded by a Trainspotting-inspired intro and images of the big news flashes of the decade on an LED screen took us back to the era as Fatboy Slim’s Right Here, Right Now blared out.

It meant we started in the realms of dance. Chemical Brothers’ Hey Boy Hey Girl and Fatboy Slim’s Funk Soul Brother got people bouncing after Welsh disc spinner Katie Owen had warmed the crowd up.

Whiley was as personable here as she is on the air. She stopped to say hello, came down from her spot to throw giant orange balloons at us and wished one reveller happy birthday who had chosen to spend it in Whiley’s time warp.

We were showered in ticker tape as the bass increased through the likes of Dreamer by Livin’ Joy, and then the double header of Faithless – Insomnia, followed by SASH!’s Encore Un Fois had everyone’s arms in the air.

A Prodigy double bill of Firestarter and Voodoo People paid homage to the late, great Keith Flint and then we were firmly in the rock and Britpop section. Primal Scream’s Rocks gave us a big karaoke moment as groups of guys wrapped their arms around each other and pogoed relentlessly.

James’ Sit Down brought about the biggest sing-along of the night before she brought in the titans of Britpop – Blur’s Parklife followed by Oasis anthem Don’t Look Back In Anger.

However, Whiley had earlier already dropped in Song 2, making this particular battle by the rivals 2-1 to Blur. Perhaps that was Whiley’s cheeky say on that particular debate.