The magnificent men with their flying machines showed off their skills at the Weston Park Air Show this weekend.

Full size and model planes were vying for the skies over the stately home on the Shropshire\Staffordshire border.

And as well as planes there were also model cars and even model boats on the lake.

Those with tickets for Friday, the opening day of the show were treated to soaring temperatures and almost cloudless skies.

The flying line-up over the weekends included the Global Stars Aerobatic Formation Team, Richard Goodwin and the Battle of Britain Memorial Flight featuring a Lancaster Bomber and Hurricane.

For Richard and the memorial flight it was a return to the air space they had flown over the weekend before at the RAF Cosford air show.

Members of the Wrekin Model Flying Club were at the event in force with their prized planes.

Show organiser, Stephen Bishop said: "We had international pilots from all over the world travel to Weston Park to take part."

He said he had been organising the show for the past 26 years.

"We have had another, fantastic weekend," he said.

Among the attractions to keep the whole family entertained were both model and full size aircraft displays, off road and circuit model car racing, model boats, drone displays and helicopters.

As well as all the displays taking place, there were a whole host of stalls to see with a huge trade line-up, craft fair, food and drink stalls, fun fair and live music in the evenings.

As night fell on Saturday, the Aerial Pyro Spectacular lit up the sky with formation aerobatics and night time pyrotechnics. The finale featured a spectacular display set to music by the award-winning Fire Monkey Pyro Fireworks team.

"We were sold out for the night show," Stephen said.

Jennifer Astbury, head of estate operations at Weston Park said: "The club has put a really exciting and thrilling line up together for the weekend.”

"We are delighted to welcome the air show back to Weston Park."

Visitors were able to enjoy the show within the Capability Brown-landscaped park at Weston. 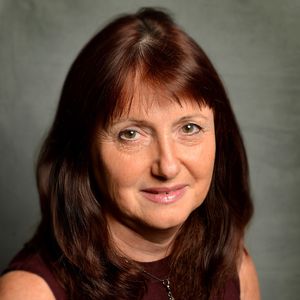 The 2022 Commonwealth Games in pictures

Peter Rhodes on treason, crossbows and a perfect movie moment

Star comment: Time to be sensible about the way we use our water

Jomaa Jerrare murder: Still no one charged after a year but man is on conditional bail

Annual revenue up 17.3pc for Lok'nStore

Over 200 jobs for new factory site at i54 business park

Russia halts US inspections of its nuclear arsenals