Fantastic scarecrows the best in their field - with video and pictures 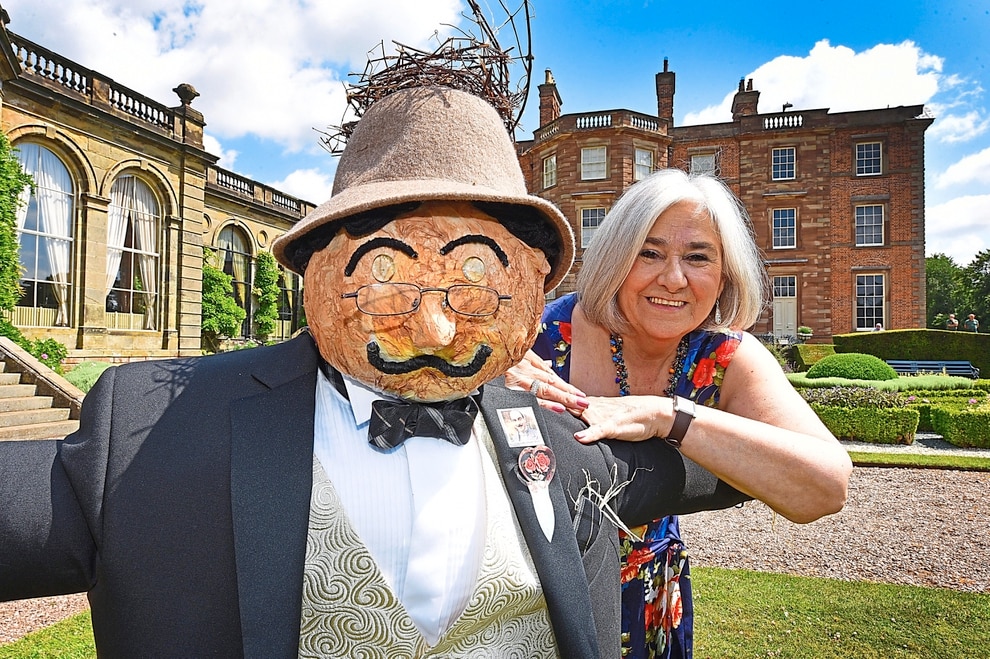 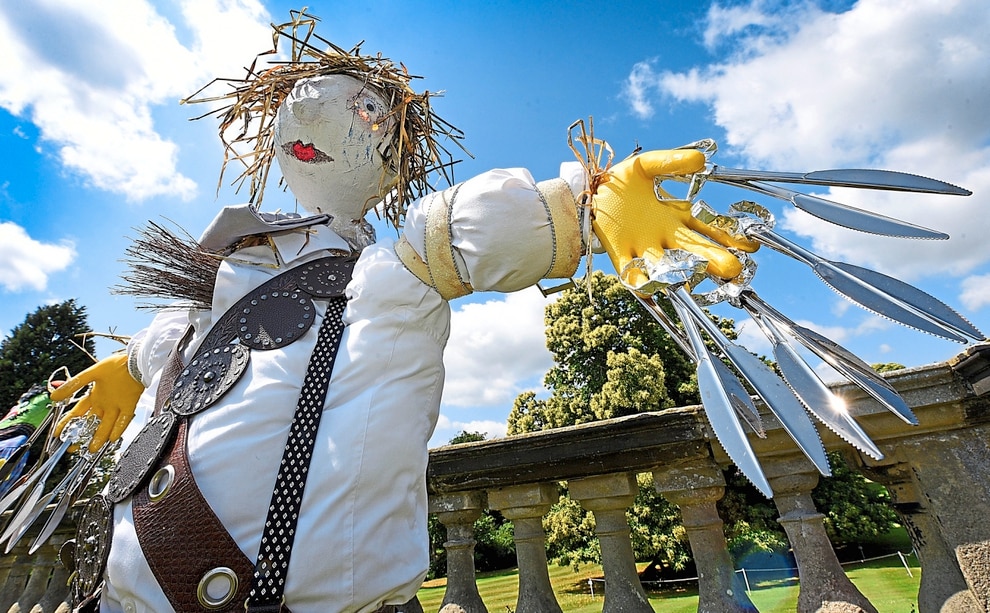 An Edward Scissorhands scarecrow, based on the Jonny Depp film, was one of the eye-catching scarecrows 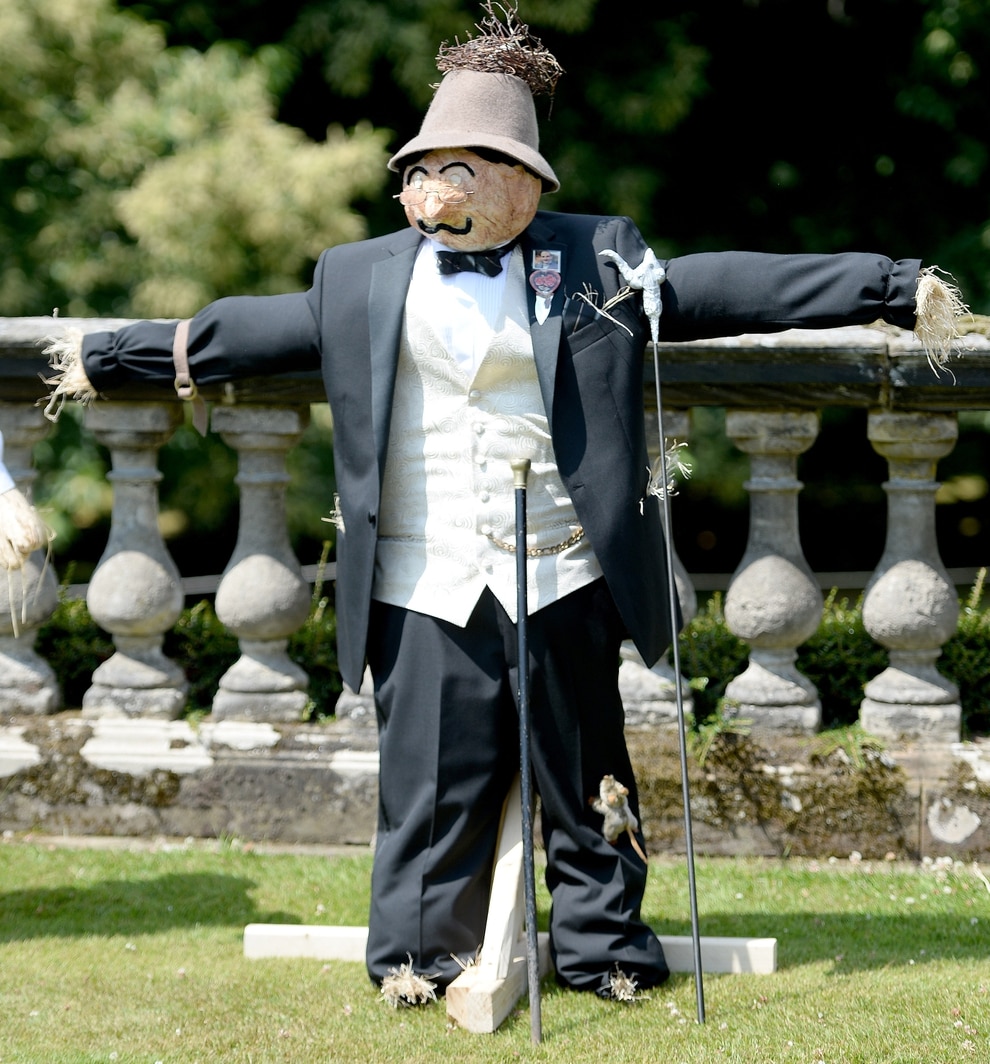 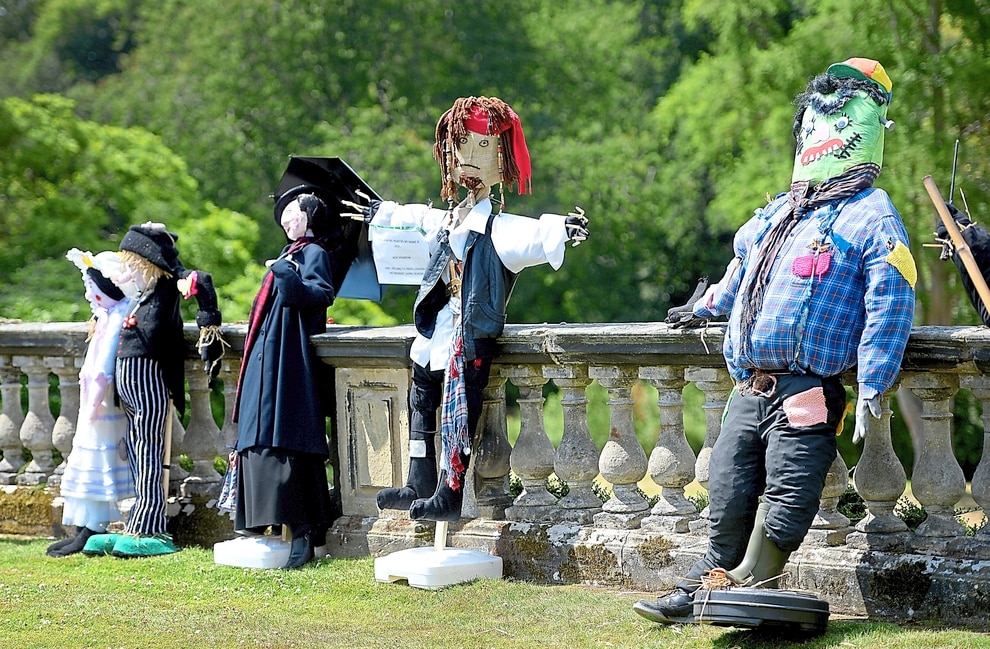 Other scarecrows including Jack Sparrow and Mary Poppins 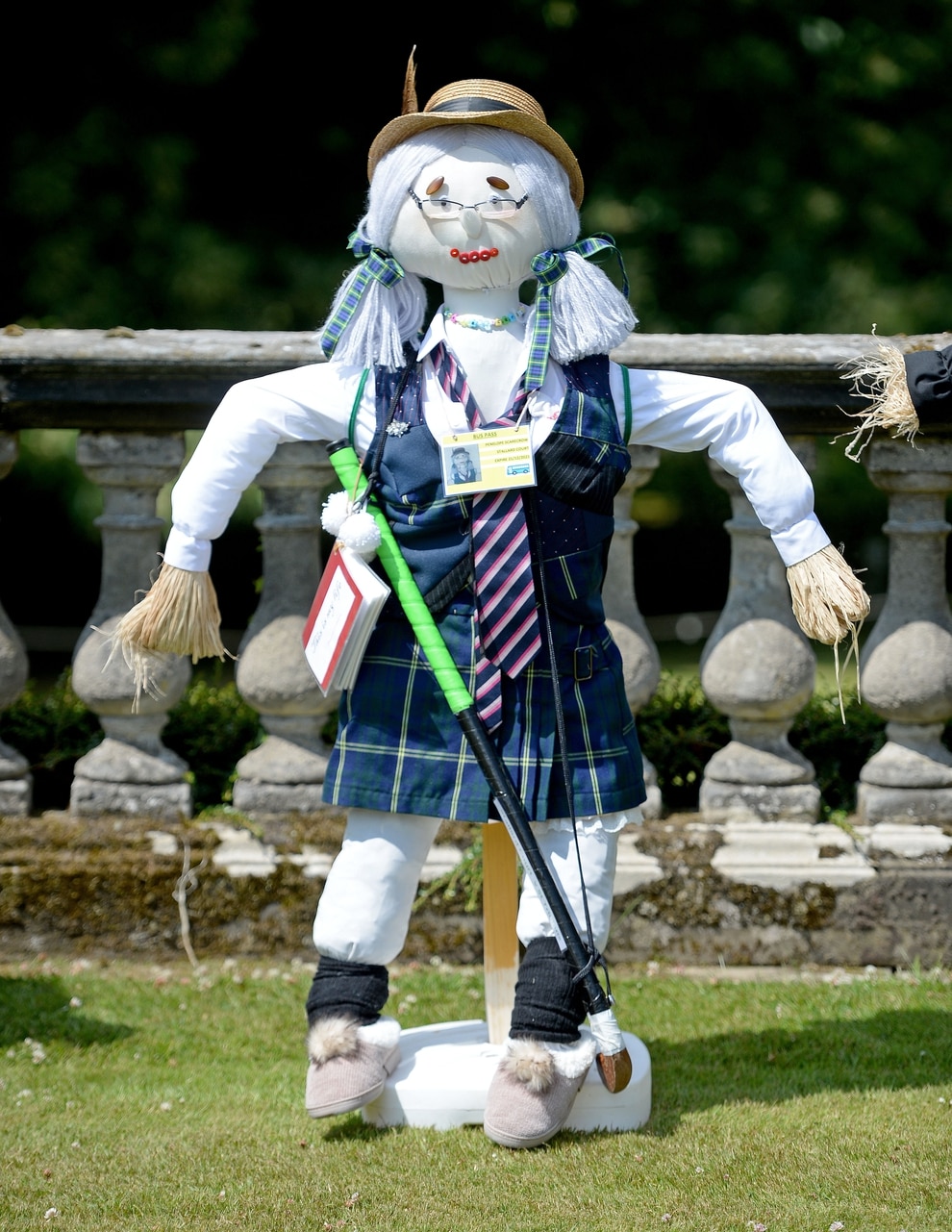 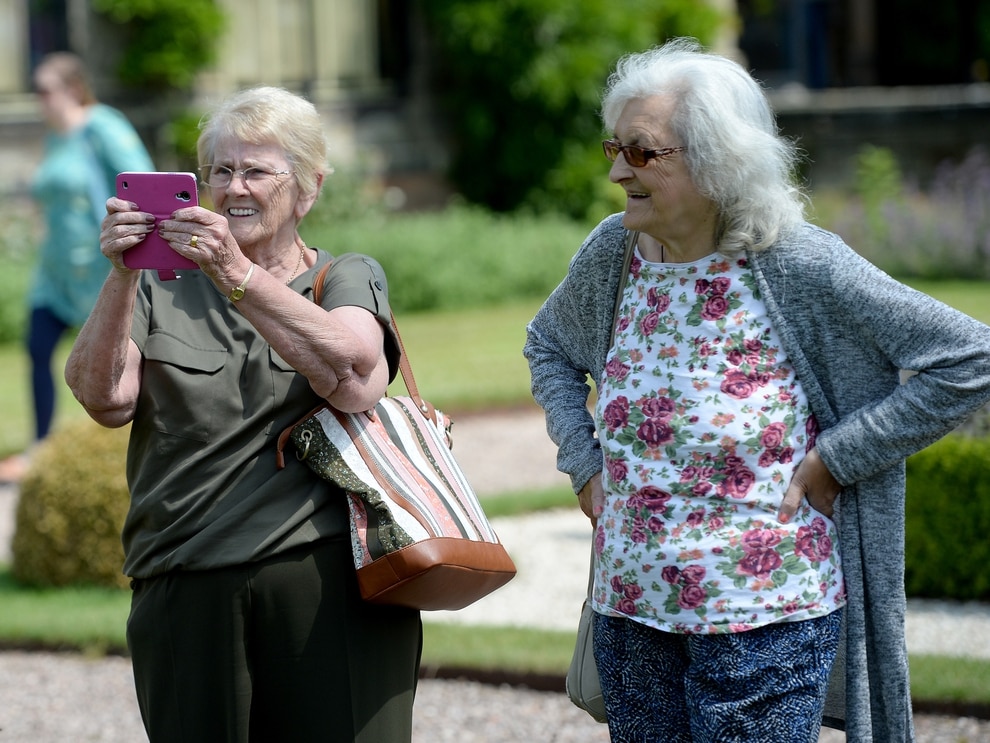 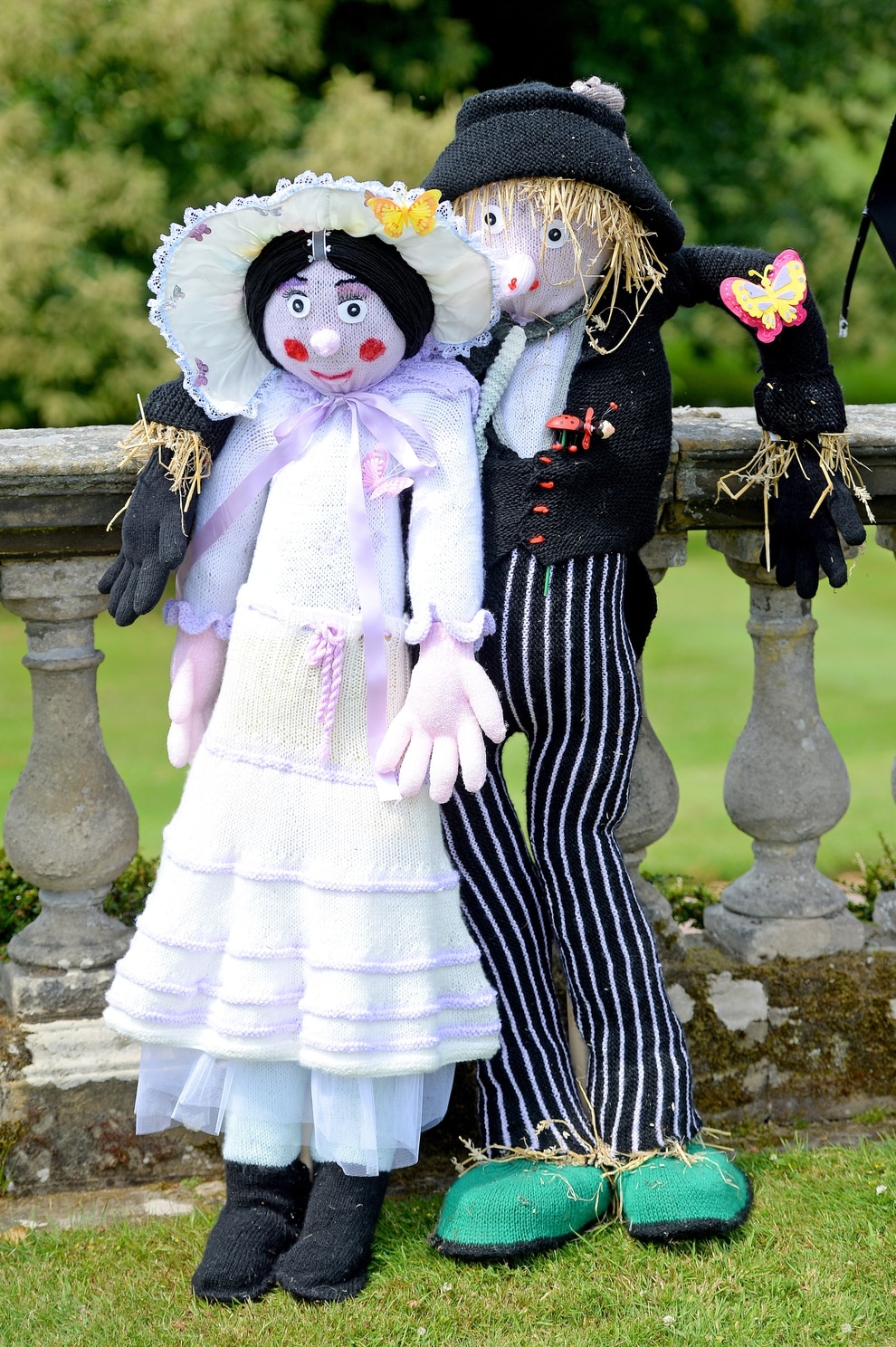 Aunt Sally and Worzel Gummidge scarecrows, which were completely hand-knitted 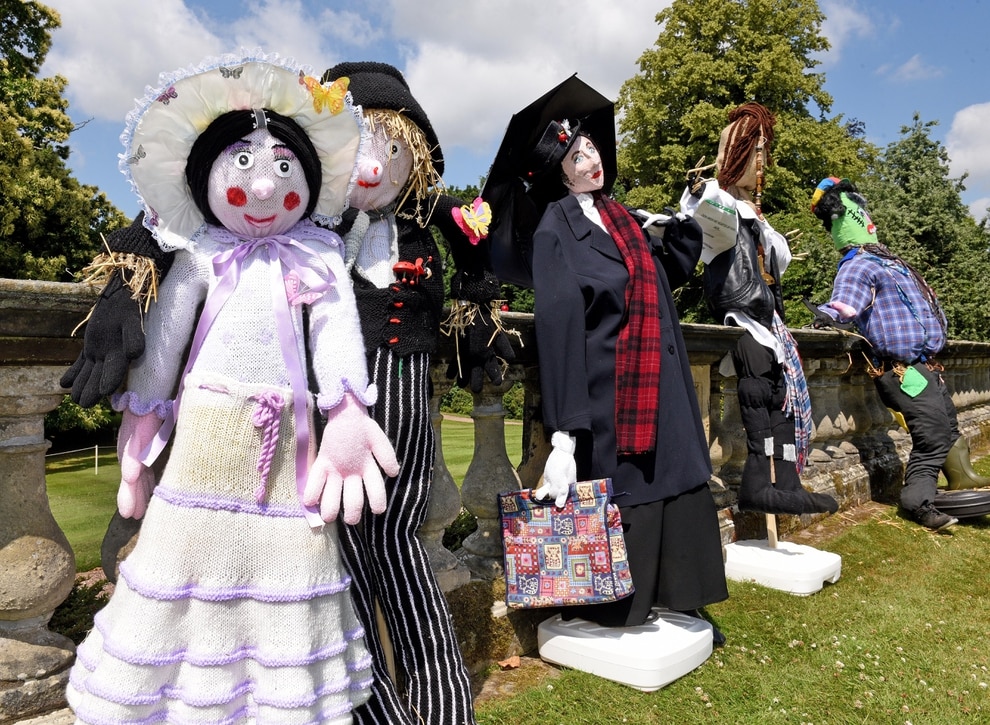 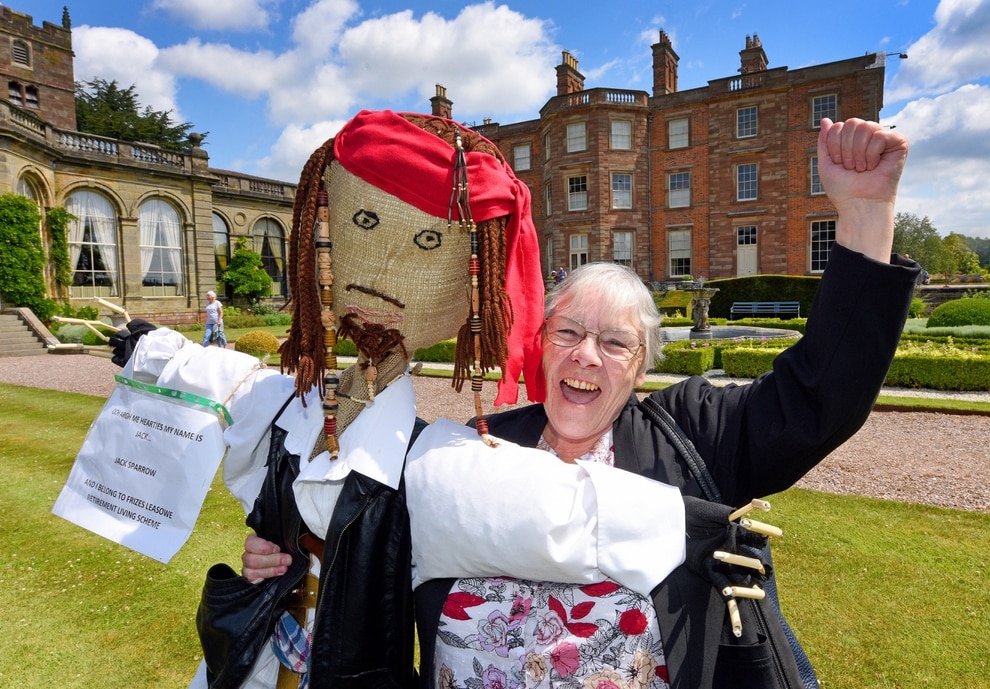 Sandy Human and Pauline Roberts with their Grandpa Walton scarecrow they made, named after Walton Court

Taking place at the country house on the Shropshire-Staffordshire border, the gardening awards were run by The Wrekin Housing Trust for their Retirement Living and ShireLiving schemes and featured about 100 green-fingered residents competing to win a range of awards.

Before the awards, Mr Gee had visited all participating gardens to judge their upkeep and residents’ gardening expertise.

“We had an easier year this year with a good spring which has helped things along,” he said. “Everyone has done extremely well and upped their game. In some cases it’s been difficult to make a decision but we have to have a winner.

“This year’s scarecrow category has been really fun. When they set them up I thought a lot of thought and effort has gone into these. It’s not been an easy job to judge them. They are a credit to everyone an exceedingly good job.”

The residents came from care homes across Shropshire and Staffordshire.

An additional scarecrow competition in its inaugural year proved to be a highlight, featuring hand-made figures wearing everything from fully knitted outfits to Count Dracula-style capes.

In third place was a Poirot design by Chrissie McArevey, from Turnpike Court in St Georges, Telford.

She said: “My daughter loves anything 20s so I had to create Poirot. I’ve even included a silver vase and flower which represents his one and only love who married another.”

In second place was a St Trinian’s design by Stallard Court in Oakengates and Joan Barker from Chockleys Drive took home first place with a hand-knitted Worzel Gummidge and Aunt Sally design.

“I knitted Worzel from scratch but once he was finished I realised he needed a partner so I created Aunt Sally,” she said. “I was keeping them outside but the blackbirds kept pinching the stuffing, but I’m thrilled to have won.”

Residents began their day strolling the grounds and taking in the greenery the park gardens have to offer, before the winners were announced and participants could enjoy an afternoon tea.

The awards have been running for more than five years, but this is the first time an official awards ceremony has taken place at Weston Park.

Cathryn Holmes, of Wrekin Housing Trust, said the event aims to reduce social isolation as well as provide a good day out for residents.

“The weather has been perfect and hosting it in such a beautiful location in Weston Park for the first time was such a nice addition,” she said. “The awards were created to give residents something to work towards, but it also focuses on a number of important issues while keeping the gardens looking great at the same time.

“Elderly people can suffer social isolation and this event is just a snapshot of the work we do to ensure residents across our homes can get together and create something to be proud of.” and work with people they wouldn’t otherwise socialise with.”