It takes a lot of nerve, but these cleaners are flying high as they work on some of the most famous planes in the world. 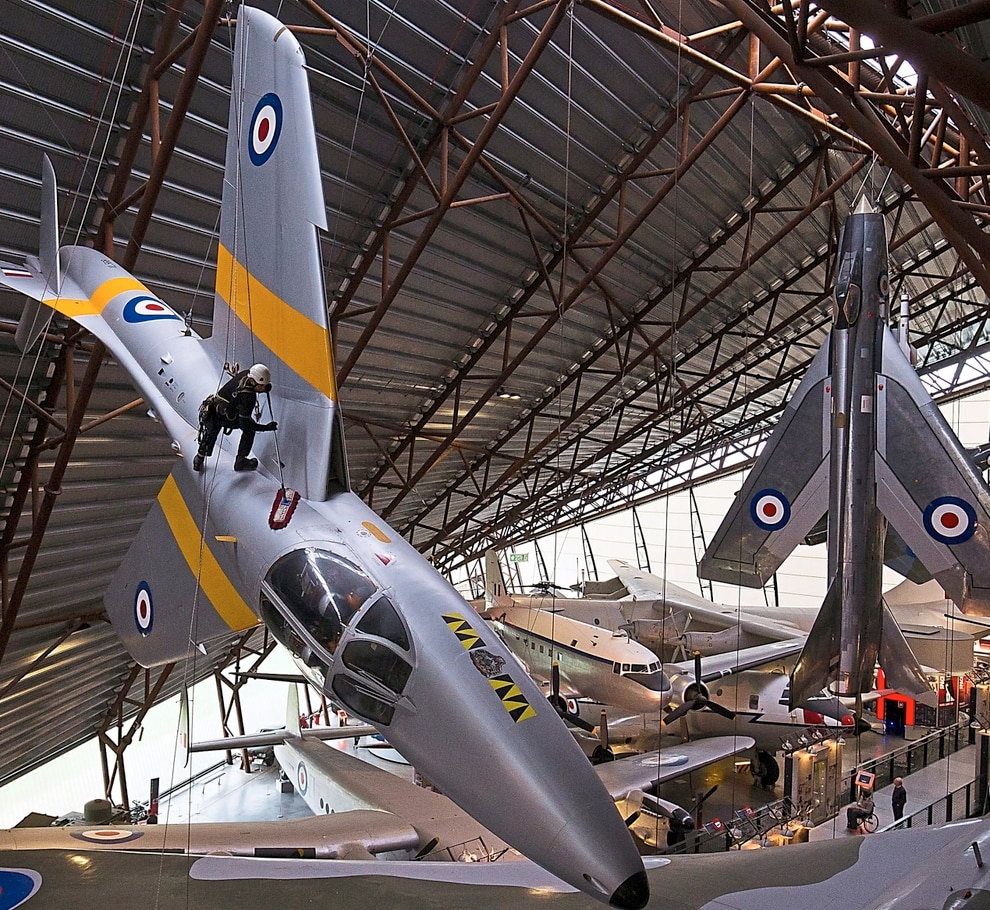 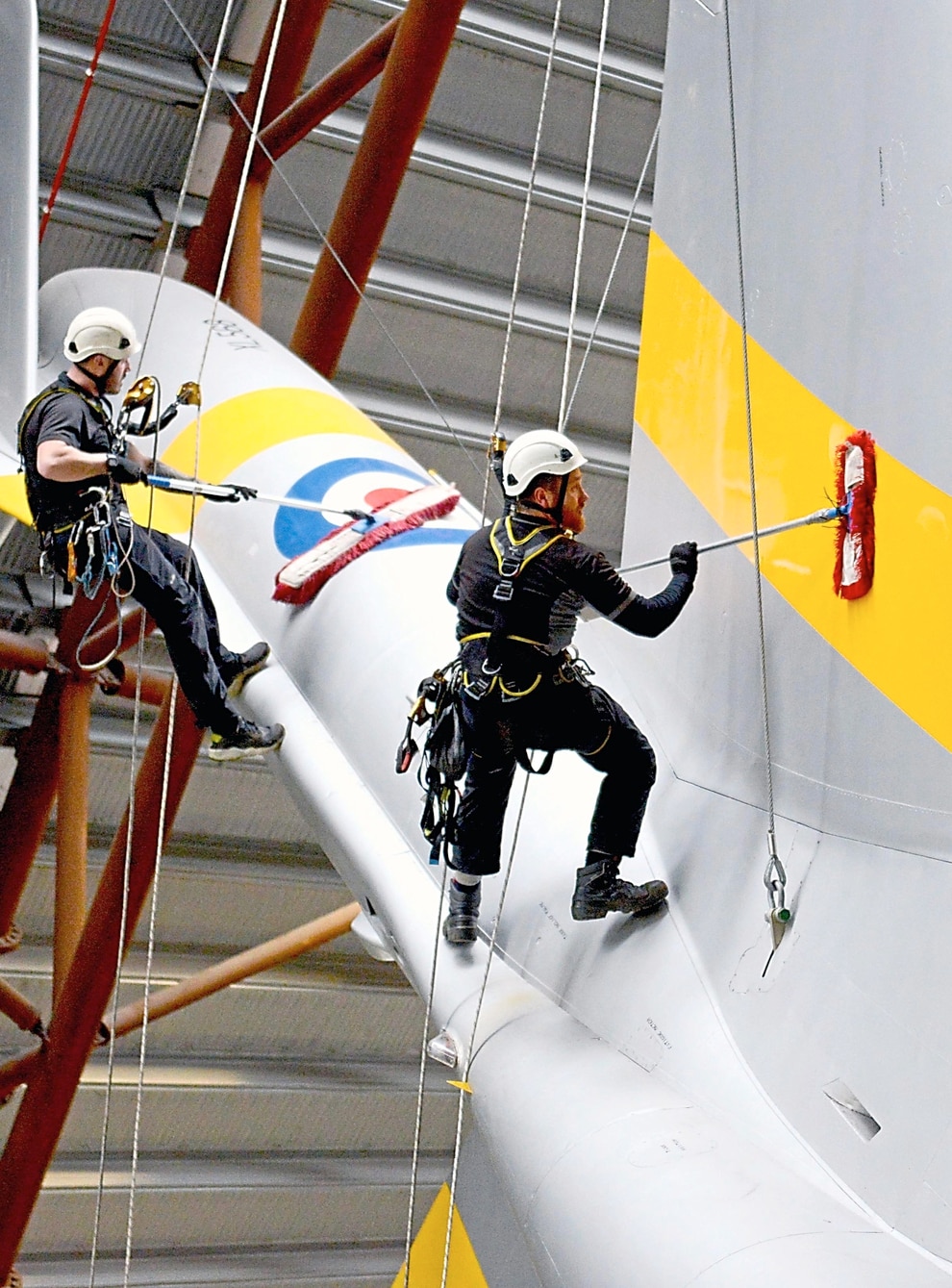 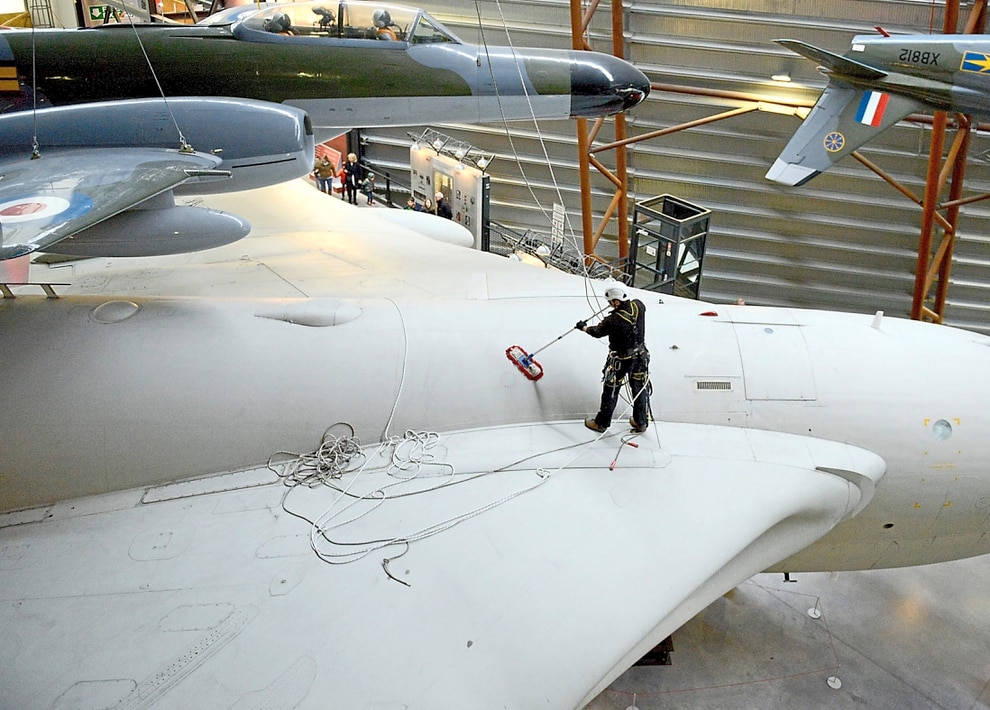 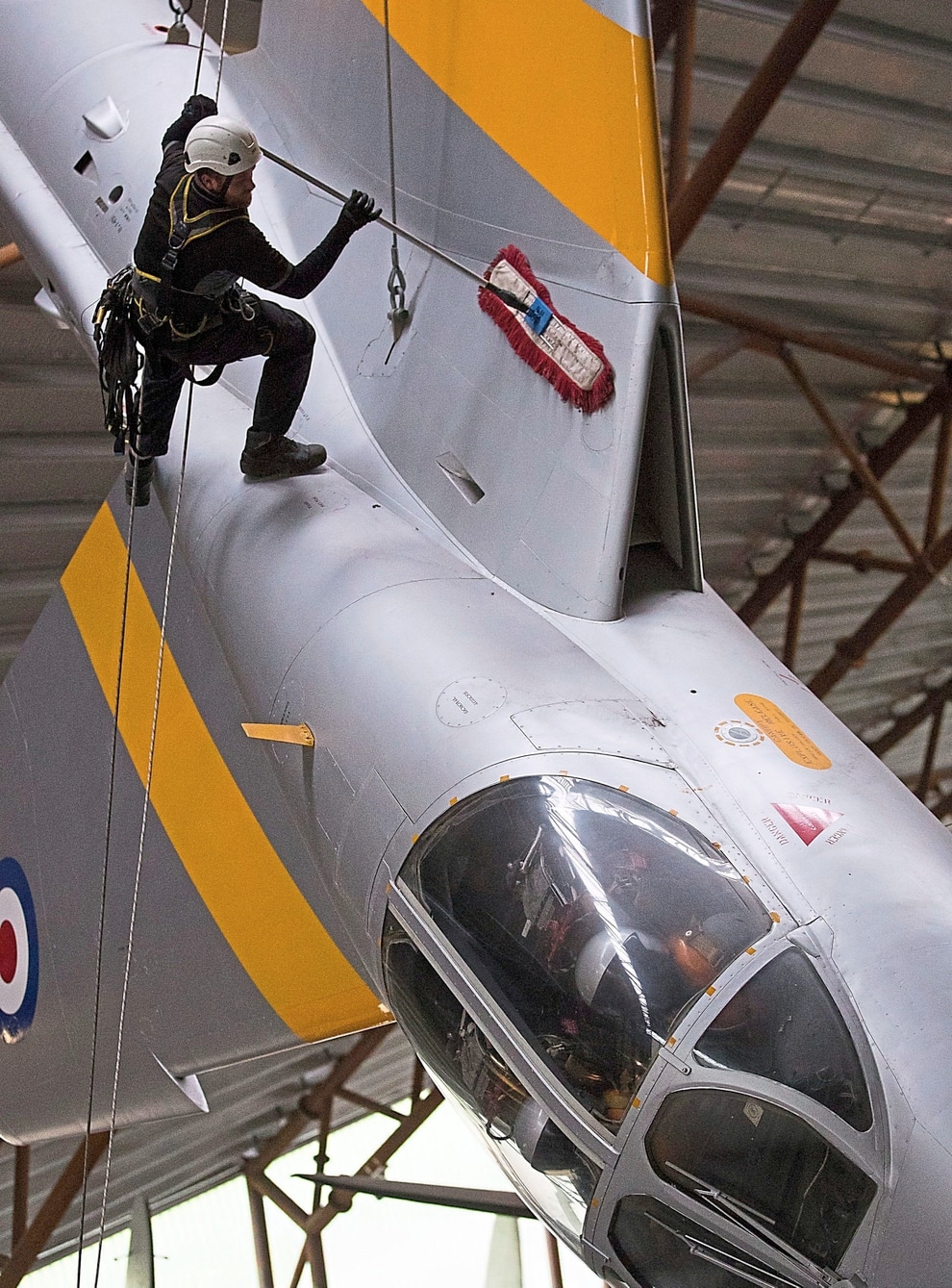 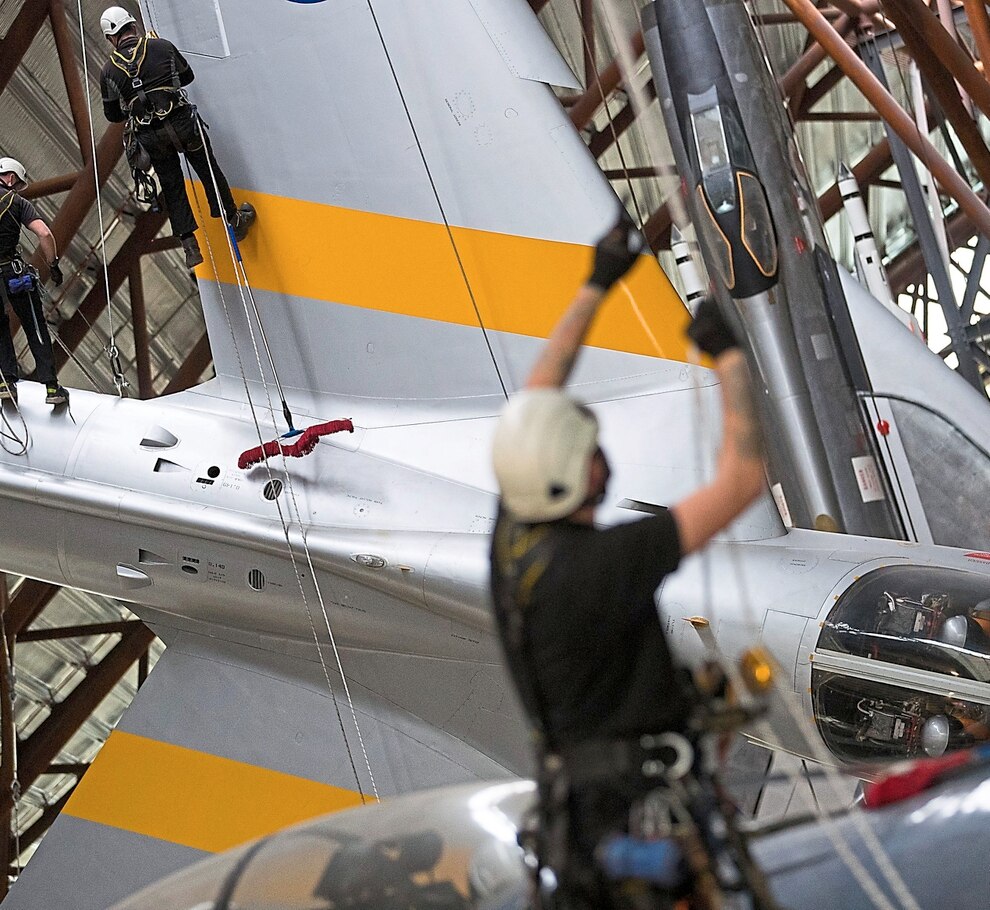 There are eight aircraft suspended on display in RAF Museum Cosford’s National Cold War Exhibition, and it takes an expert team to ensure they’re looking their best for the coming year.

A team of six from cleaning firm Total Access are carrying out the work. No cleaning solutions are used, but dust that has gathered over the last 12 months is removed. And, although the team has performed the difficult task for several years, it is especially important in 2018 as the RAF celebrates its centenary.

RAF Museum Cosford public relations executive Michelle Morgans said: “It’s a busy start to the New Year and a spring clean on an epic scale as we carry out our annual high level aircraft cleaning.

“There are eight suspended aircraft displayed within our National Cold War Exhibition, each will be cleaned and their suspension cables checked during the course of this week by the specialists from Total Access, who have carried out this mammoth task on several occasions.

“As we gear up to celebrate the RAF Centenary throughout 2018, we want to ensure our aircraft are looking in the best condition for visitors to enjoy.”

Workers have been wearing harnesses and suspended from ropes connected to the metal rafters of the building of the museum at Cosford.

The crew will be cleaning the eight suspended aircraft in the Cold War section of the museum, as well as working on some of the larger planes which are on the ground but are difficult to access.

Among the planes to be cleaned is the Armstrong Whitworth Meteor NF14, a radar-equipped night jet that was rapidly built as a response to Russia’s quickly improving air force. The Hawker Siddeley Vulcan, the world’s first large bomber to use the delta-wing shape for its wings, will also be polished over. The classic hunter, the Canadair Sabre 4, Douglas Dakota, English Electric Canberra and English Electric Lightning will also all be given a spring clean.

The RAF centenary is set to be a huge focus for the Cosford museum over the coming months.

The Cosford Airshow is set to be the “most spectacular and interactive” yet upping the ante for their 100th year. Set to take place on June 10, the air show will include a first-of-its-kind chronological showcase of 100 aircraft, displaying the development of aeronautical design and capability over the past century.