A steam railway has come to the rescue of a group of youngsters who had been let down by another company. 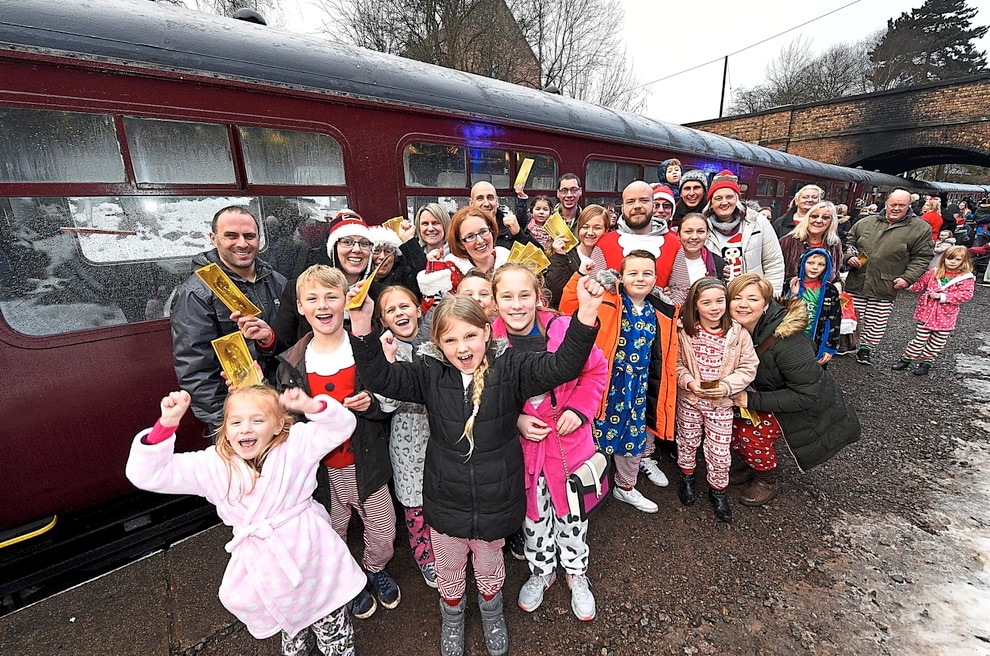 Passengers celebrate as their Polar Express trip is rescued 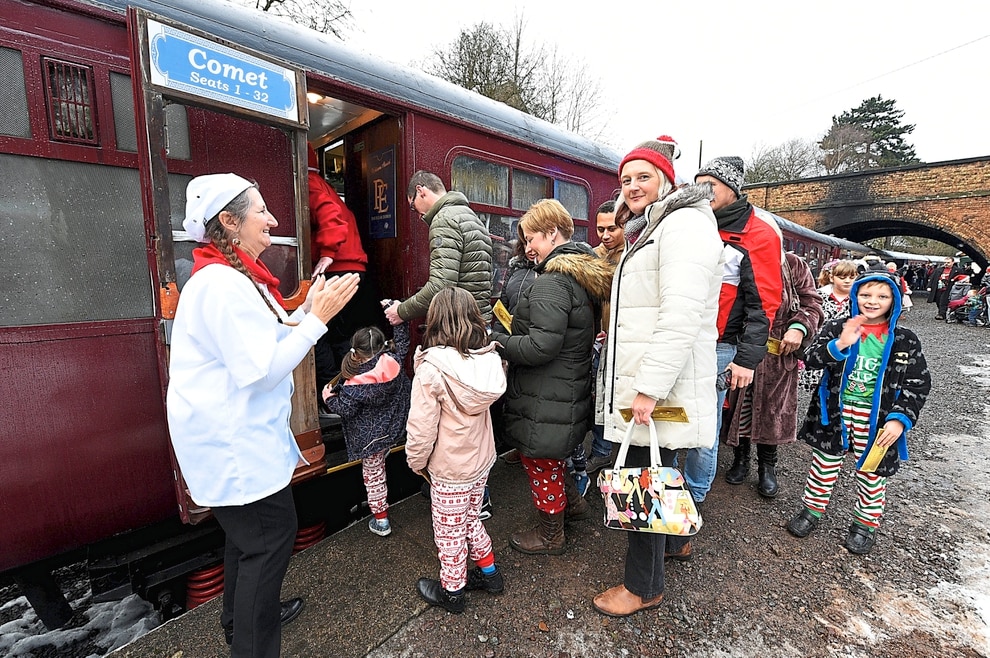 The lucky visitors board the Polar Express

The railway stepped in when a group of around 80 Dudley parents and children were let down last weekend after it emerged a third party failed to book tickets for the popular Polar Express train.

Generous trustees at the not-for-profit Telford Steam Railway stepped in to offer a free trip to the group after hearing of their plight.

Kelly Armstrong, from Cradley Heath, and her children Rhiannon, 15, Fletcher, nine, and Erin, eight, were some of those to enjoy the trip on the Polar Express on Sunday. She offered her thanks to the railway for finding a way to host the group.

She said: “The railway was kind enough to put a trip on for free for us and we had an absolutely amazing day. It was just magical.

“In the end there was a group of 84 of us from Quarry Bank Primary School and everyone had so much fun.

“It was all thanks to the volunteers who worked really hard to put the trip on for us and we’re all so grateful.”

Phil Neal, spokesman for the steam railway, said they had wanted to do everything they could to help the families.

He said: “When we heard about it we thought we would do what we could to get these people on the train. We managed to get a ride organised.

“Tickets for almost 80 people costs a lot of money. We are volunteers at the railway and have families too.

“We do it because we enjoy it and we like to see others enjoy it here too.”

The original trip was organised by Gemma Lapping, of Gemma’s Trips, who apologised and said all families have now been reimbursed.

But Mrs Armstrong, who handed over £200 to the company, said there are still a number of families waiting for a refund.

She added: “We booked months in advance and only found out a week before that it hadn’t even been booked.”

West Midlands Police spokesman Craig Hughes said that a complaint has been made to the force. In response to the allegations, Ms Lapping said she would like to apologise for what happened.

However, the organiser did not provide any explanation as to why the tickets were not paid for when the money for them was due back in the spring.

“I’ve done 28 trips so far this year and all have gone to plan. This was the first one that didn’t go to plan and they’ve all had their refunds,” Ms Lapping said.

The Polar Express was launched earlier this month and it is the second year that the attraction is running the festive rides based on the hit Hollywood animation starring Tom Hanks.

Passengers on the train get to listen along to the classic tale The Polar Express, by Chris Van Allsburg, indulge in tasty treats and sing along to Christmas carols.

Special guest Father Christmas meets the children to give them a silver sleigh bell, the first gift of Christmas.