Anticipation and excitement was in the air for people returning to a Black Country cinema after nearly four months away.

Film-goers old and young made their way to Showcase Cinema at Castlegate in Dudley, which has reopened its doors to the public after a lifting of lockdown restrictions.

The cinema has worked to ensure safety measures are in place so that social distancing and safety regulations can be followed at all times.

This includes multiple hand sanitising stations, full markings on the floor and protective screens at food and drink stations, limited capacity in each screen and staggered film start times during the day.

Zena Sharma and Sanny Wong from Kingswinford were at the cinema to watch Harry Potter and the Philosophers Stone and said the safety arrangements were very clear and helped them feel more comfortable.

Zena, aged 34, said: “I think it’s really good what they’ve done here with the health and safety plans in place and it’s just really nice to be back here.”

Sanny, 35, said: “I do feel safer as there’s markings on the floor and guidance on where to stand, as well as hand sanitisers and staff wearing masks, all of which is really encouraging.”

Harry Potter was one of the classic films being screened by Showcase, with Deadpool, Minions, Star Trek, Back to the Future, Pulp Fiction and The Empire strikes back also on show.

There was a steady stream of people coming in as the cinema opened its doors, with social distancing observed and staff were on hand to help wherever necessary.

Rachael Richardson from Halesowen was there to see Sonic the Hedgehog with her eight-year-old daughter Rosie and said: “I’ve booked several tickets for different films and it only costs £5 per ticket, which is great as it’s usually a really expensive day out, so they’ve done a good job with that.”

Nisha Dehal, 33, from Wolverhampton: “I think there’s minimal risk with everything they’ve done here, so it’s nice to come and watch a film.”

Family favourites are also being played at Showcase in Dudley and Walsall.

Wayne Belcher from Oldbury had brought his three-year-old son Jack to the cinema for the first time to watch Paw Patrol: Ready Race Rescue.

He said: "It's all about Jack today as it's his first time and I'm as excited as he is to be here as it's a bit more normality and nice to do something with the kids."

Rebecca Phillips from Dudley, there with her eight-year-old daughter Katie Mai to watch Sonic the Hedgehog, added: "It's great to be out of the house and doing something as Katie has been in lockdown for three months and this was a chance to see a film she loves on the big screen."

Dining out | 2 hours ago

The Bell sounds out a welcome to customers after delayed reopening 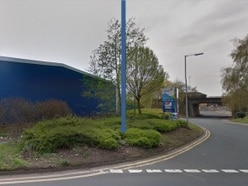 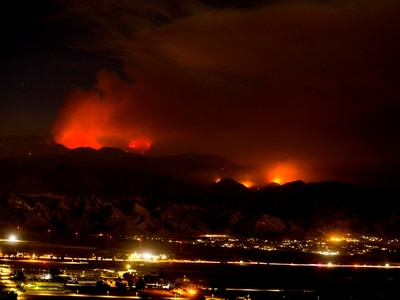