Venues hope crowds will return after the lockdown is lifted.

Things may be a little different when people head to the region’s number one rock club once Covid-19 passes. For a start, there’ll probably be a thermal imaging camera on the door to make sure nobody has the sort of fever that might indicate they’re infectious. And beyond that, there’ll be additional measures put in place to prioritise the safety and wellbeing of visitors.

It’s not the way Fraser Tranter expected to spend his second anniversary at Bilston’s Robin 2 – a club that’s been called The Marquee Of The Midlands. But the businessman who made his money in the security industry is in it for the long haul.

Having bought Bilston’s beloved Robin 2 from founder Mike Hamblett, he’s looking ahead and is more determined than ever. “This has been a shock to the system, there’s no pretending otherwise. But we’re looking forward to the end of this period. We are what we are, we’re a rock’n’roll club and when we’re able to reopen we’re really going to smash it. We’ll be booking the biggest bands that we can as we take it to the next level.”

The Robin 2 opened in 1998, six months after the original Robin opened at Brierley Hill. It gradually acquired near-legendary status among rock and blues acts as a hard-working team ploughed time and love into it.

The venue hosted the likes of 10CC, Ian Hunter, Jon Anderson and Rick Wakeman, along with other big prog names and stars from rock and blues.

Tranter bought it two years ago, after selling a successful security business that he’d created over the course of 25 years. He was back on home turf, the Bilston lad who’d done well and acquired the town’s best-known business.

“I owned a security company before. I’d built it and owned it for more than 25 years. I employed thousands of people over that 25 years. When I sold it we were running at 150 staff. I’d got people from across the Black Country, Birmingham, Staffordshire and Shropshire.”

He’d been looking to buy a pub, rather than a rock’n’roll club, when he heard that the Robin 2 might be on the market. “The Robin fell in my lap, to be honest. I was looking at buying the Olde White Rose pub around the corner. Then my accountant may have spoken to Mike’s accountant and after that we ended up talking. After about 12 months of negotiations with Mike, the deal was done.”

Fraser embarked on a mission to upgrade the venue and make it fit for the new decade. He ploughed money into it, spending £300,000 on an extensive improvement programme to make it fit for coming years.

“We spent a small fortune. There was new cabling, new computers, new software, we engaged with a different ticket company, we refurbished the restaurants and band dressing rooms. There was new kit inside the club and we basically updated the lot.

“The intention for me has always been to put the Robin 2 really on the map. The ultimate aim is to continue to keep live music in Wolverhampton and the Black Country.”

Fraser watched the advent of Covid-19 throughout the start of the year, observing as the virus spread from Wuhan, in China. As it reached Britain, he noticed a change in mood and kept up with daily press briefings.

When Boris Johnson announced that theatres should no longer attract customers for fear of them becoming super-spreaders, he locked the doors.

“I was at work with the office when all that was going on, speaking with the bands. We wanted the shows to go on and just move the dates.”

Though the future is uncertain for the entertainment industry, Fraser is confident in the Robin’s long-term success. “It’s clear to see what I’ve done here in a small space of time. We’ve transformed the place and the regulars and people who travel from further afield are really grateful.

“I think the locals were glad that the club went to someone with local roots because then there’s that trust that I’m in it for all the right reasons.

“We’ve got a really exciting future and there’ll be some great bands. We may have to change some things as we adapt, with thermo CCTV to make sure people haven’t got a fever and aren’t going to infect anyone. But believe me, we’ll be taking this place to another level just as soon as we can.”

The Robin isn’t the only venue in the West Midlands keeping music live for touring and local bands. The Music Venues Trust has identified a number that require urgent help. It has launched a fundraising campaign as venue owners try to stay afloat.

The campaign is shining the spotlight on such local venues as Katie Fitzgeralds, at Enville Street, Stourbridge and Redrum, in Crabbery Street, Stafford.

All of those host local bands and David Morton, at Katie Fitgeralds, said it had launched a £10,000 appeal for help. He said: “We are crowdfunding to ensure the survival of Katie Fitzgeralds beyond the current lockdown due to coronavirus.”

On June 14, it will host a special virtual gig online, featuring many fabulous artists who have supported Katie Fitzgeralds over the years. Though local venues are presently closed to prevent the spread of Covid-19, there has never been a more important time to support them. 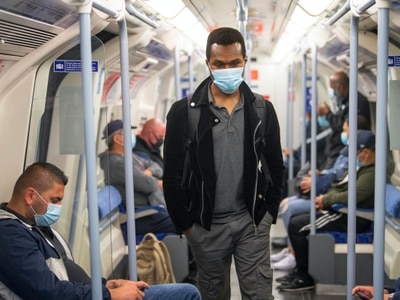 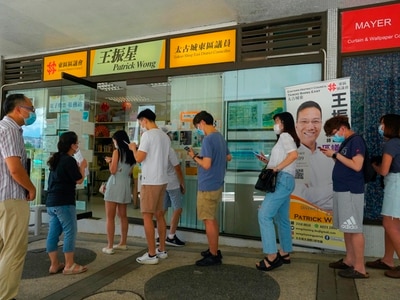